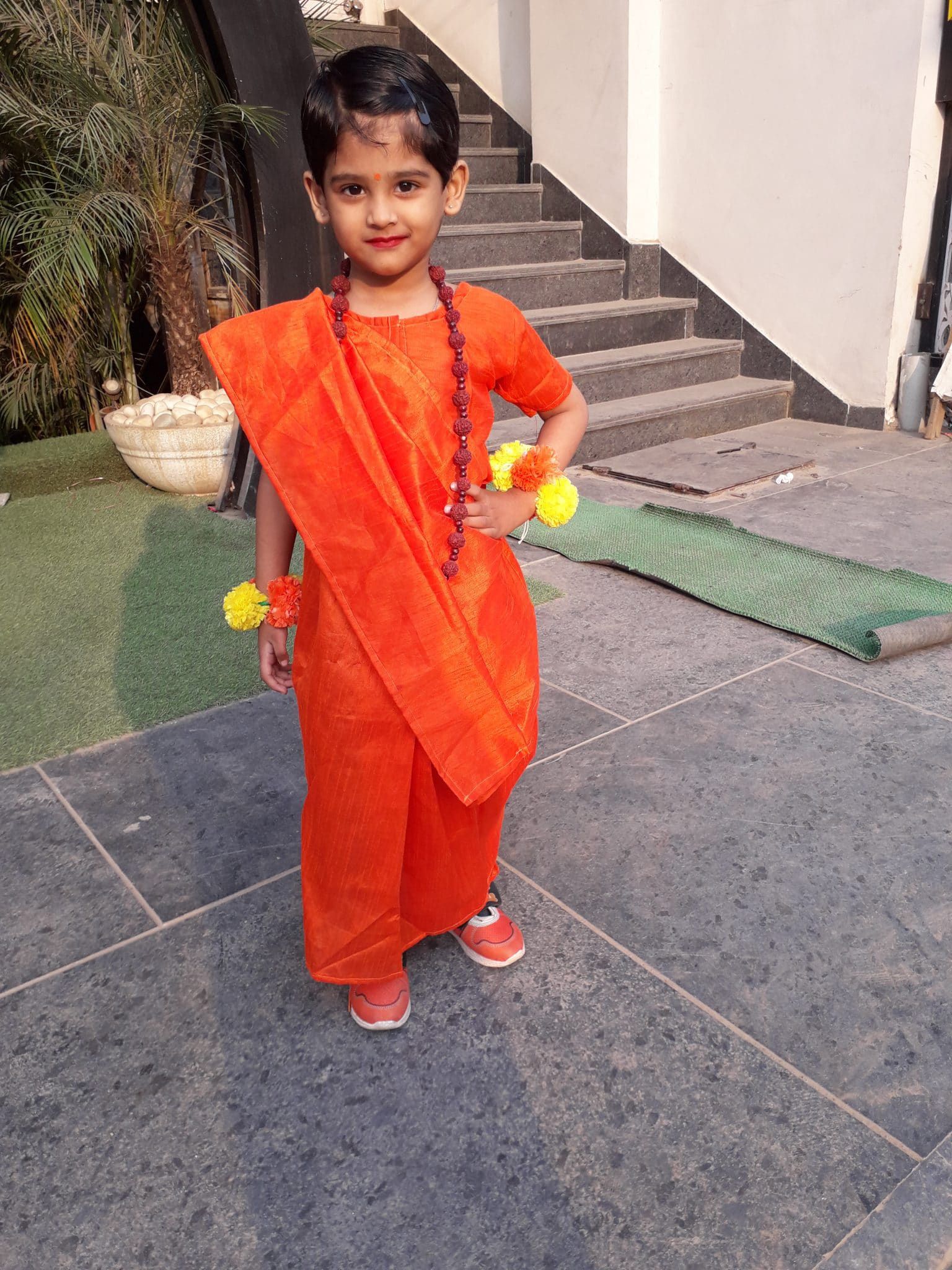 My daughter’s illness and recovery

Geet, my daughter, was born as a healthy child with the highest Apgar score given by the hospital (The Apgar score comprises five components: color,  heart rate, reflexes, muscle tone, and  respiration)

When she turned 18 months, one night suddenly I felt uneasy and got up, only to find my daughter was moaning and appeared to be in some pain. I checked her and realised she needed a diaper change.

When I took her to other room to clean I realised she had fever, and her eyes had turned upwards and she was not responding. I panicked and called husband and when we checked, her fever was 105.8

We immediately rushed her to the nearest hospital in emergency as my daughter had stopped expressing any emotions, she was not even crying.

(That I day I thought I lost her, because I always had this fear that before she will turn 2 years, she will be gone from my life and all the time I was cursing myself for my negative thinking , a habit I am going to give up for the challenge that swami ji has given.)

Well hospital came into action and within 20 minutes she started responding and cried. I felt relaxed.

She was discharged next day morning. Things were fine and doctor said it happens with small kids, nothing to worry.

After a week, she developed cold and cough. For kids it is normal, but what got me bothered was her non stop coughing where she could only gasp for breath after every 15 min . She then developed fever, runny nose, loose motions, red rashes , I mean every disease a normal child could have. It was painful for me to see none of the medicines or home remedies were working. With a bed ridden mother in law, travelling husband it was more difficult to manage home and giving care to two needy people.

When I informed my husband about my daughter’s condition, he said may be I am over panicking being a new mother as Geet fell sick for the first time.

Geet, meanwhile , became weak, her every other symptom subsided within 10 days except her coughing, followed by severe vomiting.

When after 15 days my husband returned and he witnessed her condition, he took her to another hospital, as her pediatrician’s medicine were not showing any positive result.

The new doctor immediately diagnosed her with asthma and gave strong antibiotics and suggested inhalers. However, I didn’t feel something right, gut feeling, and told him to keep the inhalers on hold and continued with the medicine. She used to be better for 2 days then same cycle would repeat.

My dad asked me to take second opinion by a doctor who was a child specialist but used to sit in very narrow lanes of Mehrauli, Delhi. This doctor said she has got allergy due to Delhi’s pollution and needs to be nebulised 3 times a day and prescribed some more antibiotics.

In short, she was on antibiotics for 4 months and still we could not see any improvements in her.  He chest xray revealed some lumps or tumors in her lungs. Infact, I had given up hopes of her getting well ever. However on Doctors suggestion I took her away from Delhi to Ashram for a change in the environment, here.

When I came back, her symptoms bit deteriorated with extreme coughing followed by vomiting and one night at around 3 am, I got a divine guidance to show her to a homeopathy doctor, who was an old Sikh gentleman and a practitioner for more than 4 decades. (though I am not very sure of the effectiveness of this line of treatment but my mother’s family swear by it)

Next morning I took her to the clinic and was shocked to see a very long queue. I was patiently waiting for my turn when I saw a young doctor walking in. I checked with a lady sitting next to me (in pre covid era it was possible 🙂 ) that where the old doctor is?, she said he comes in the afternoon. I was about to get up and leave when that lady held my hand and said ,“inhe hi dikha do, ye unke bete hain aur inke haath me jyada barkat hai” (show her to him, he is the son of that old doctor and he is believed to have some blessings which cures people for sure)

So I waited for my turn and when that doctor examined my daughter after listening to all my cries patiently, said, “ she has got acute bronchitis and due to all the antibiotics her immunity has been affected severely and her treatment will be long but she can be cured”

What a relief these words were to me. He gave few medicines, a liquid bottle and told to nebulise only when situation goes out of control. No milk, no toffees, no chocolates and no junk in short and less exposure to AC.

Within a week I could see a change in her cough pattern and her vomits reduced drastically too. She had recently got admission in Nursery and before leaving home for school, from 7:00-7:30 am she used to cough nonstop. It was not easy for me to send her to school in such condition but she used to enjoy her class or play and I could not do anything.

One day , almost 15 days after her homeopathic treatment, when she got up and it was 7 am, I simply prayed to lord (My Kanha my swami ji) with full devotion , “lord I never bothered you with respect to my daughter , but today please give me an indication that her treatment is in right direction.”

And damn, he heard me. That day she coughed only once in those 30 mins, before leaving for school.

Long story cut short, she was on homeopathic medicines for 16 months and since October 2020, she has not suffered from any symptoms and her medicines have been stopped.

This covid lockdown was a boon for her, as she used to fall sick very often after coming from school. Also due to the rising number of cases in Delhi, from past one year we have moved to a small place in Nainital  District and here she is doing so well. From June 2020  till today she got exposed to AC only for 15 days. Till date she has never tasted a burger, and all other junk food I prepare at home. Hot Milk still creates trouble for her, not exactly cough but her body reacts differently post milk, so I have started giving her milkshakes which seems to suit her better.

Her chest xray is due but I am sure she is fine and healthy as she runs and jumps like a bunny all day. Only issue is her triggered thumb which doctor said can be operated when she turns 15.

It is a personal account but thought of sharing because when everything is lost what remains is hope and of course divine grace. I am sure Swami ji’s touch and his blessings saved her from a very bad phase of her life. I am thankful to him and few loving OS. Me members who came forward to offer suggestions, advice and even good expert doctor recommendations, when I had asked Dipti ji to conduct a prayer for my daughter’s well being in 2019 and few of them are still in touch with me. I am overwhelmed with the love and compassion of each devotee of swami ji has showered upon me.

Feature image: My daughter when she was 4 years old

111 comments on this post. Please login to view member comments and participate in the discussion.