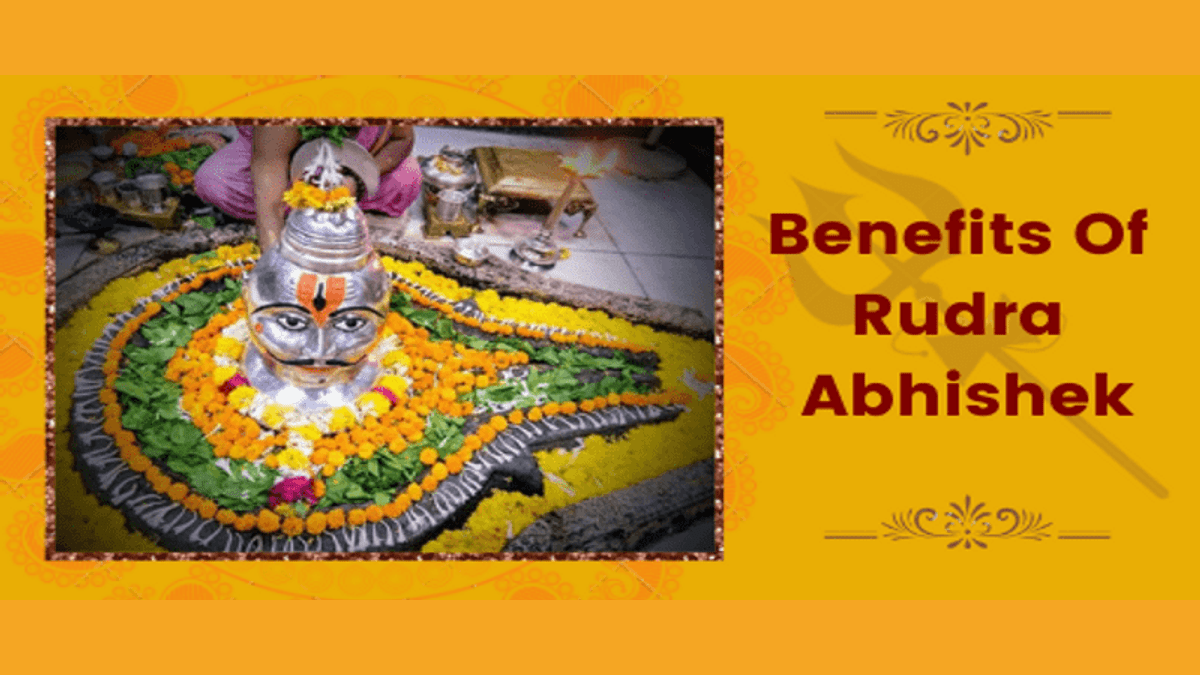 How Abhishek is performed in Shivlinga? Types Of Abhishek & Benefits.

Lord Shiva Worship by many Abhishek Puja. In this article we share information about each abhishek puja performed for lord Shiva

Lord Shiva is worshiped by Mantra, Tantra, Kriya, Mudra, or Abhishek. The literal meaning of Abhishek is the worship of God by various worship materials. But in the prevailing sense, 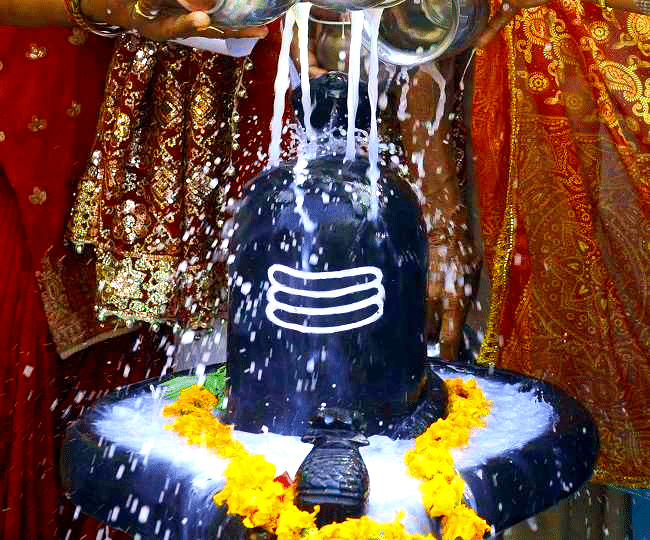 The following Shiva-Abhishekas are popular among the devotees:-

Abhishek is an essential part of the worship of Shivling. Pouring a slow stream of water or Gangajal on the Shivling. Jalabhishek is necessary after completion of other abhishekas and also before Shrungar, it is also called Shuddhodaka Snan.

This mantra is uttered in the initial Jalabhishek,

At the end of other Abhishek (before shrungar), the above mantra is uttered again in Jalabhishek.

It is believed that by worshiping Shiva with Panchamrit, the house is always filled with wealth.

The following mantra is recited in this consecration.

Slowly pouring a torrent of cow milk on the Shivling is called Dugdhabhishek. It is believed that it brings happiness to children, removes premature death, and gives long life. Its mantra is,

Pouring or applying curd on Shivling is called Dahi-Abhishek. Devotees perform this Abhishek for the happiness of children, their long life, and prosperity.

This consecration is also helpful in the acquisition of property (such as vehicles, buildings, etc.).

This is the mantra while performing Dahi Abhishek,

Ghritabhishek is to leave the torrent of cow’s ghee on the Shivling. It is thick, so it is also applied by hand on Shivling.

Ghritabhishek is done with the desire to increase wealth, remove physical defects, disorders, and diseases.

The mantra for Ghritabhishek is,

Pouring or applying honey on Shivling is called Madhu-Abhishek.

This Abhishek is done to drive away all kinds of troubles and diseases from life and to get wealth. The following mantra is recited.

Leaving the edge of sugarcane juice on the Shivling, applying it with wet jaggery, or dissolving the jaggery in water and pouring it on the Shivling is called sugar-Abhishek.

Jaggery (sugar) is sweet, it is well known, its consecration gives a sweet speech, which does not make enemies or remain enemies.

Sharkara abhishek mantra is as follows,

Spraying on Shivling with kumkum powder is called Kumkum-Abhishek. This pink-colored powder is the favorite of Lord Shiva.

It makes luck. It is said by many people not to offer it to Shiva, but it is wrong.

The mantra of Abhishek with Akshat-kumkum is this,

The coating (Lepan) of Shivling with turmeric paste is Haridravishek.

It is fruitful in marriage obstruction, peace, health enhancement, and enemy destruction. Some people are told not to offer turmeric on Shiva. But this is also not correct.

The famous Jyotirling of Baba Baidyanathdham is anointed daily with turmeric paste.

It can also be seen live daily on some TV channels and YouTube.

Rudrabhishek is long worship in which all the above abhishekas are performed with Rudrashtadhyayi mantras of Lord Shiva’s Rudra and Mahamrityunjaya form.

Apart from this, for the attainment of any particular desire,

Abhishek is also done by the particular object mentioned by the expert Pandit Ji.

Such as bhasma (Vibhuti), sandalwood, saffron, herb-aromatic water containing medicine, tirtha – water, anointing with different types of oil, mango – juice, etc. Rudrabhishek is done for the fulfillment of any desire.

Jyotirlinga (Twelfth Jyotirlinga), a Shivalinga worshiped continuously since ancient times {ie Lingaraja, Bhubaneswar; Tungnath, Rudranath, Madhyamaheshwar, Kalpeshwar, (the four panch – parts of Kedar which are located in Uttarakhand), etc} and the Shivling which is worshiped with faith by innumerable devotees – Rudrabhishek on such Shivling is very fruitful.

Rudrabhishek can be done not only in temples but also at home by making Parthiv Shivling (made of clay) or on Parad Shivling, it has its own importance.

In Rudrabhishek, as long as the mantra of Rudrashtadhyayi is recited, the torrents of water, Ganges water, milk, sugarcane juice should continue to fall continuously on the Shivling.

A special utensil is used for continuous cutting, which is called Bhringi. It is so named because of its horn-like shape. A thin cloth is put on its upper wide mouth so that the liquid being poured into it is filtered and the very thin exit hole below it is not clogged.

Due to the thin edge coming out, the thin liquid poured into it falls on the Shivling for a long time. Apart from this, the date also has importance, such as Monday, Pradosh and Shivratri. Abhishek of Pratipada, Amavasya, Ashtami and Trayodashi Tithi has special significance.

Also, the month of Shravan is Special for Lord Shiva.

While performing Rudrabhishek, there is a special utterance of Mahamrityunjaya Mantra.

How to worship and consecrate Mahadev, on which date or month or on which type of Shivling? All these questions have to be asked by the devotees.

The most important thing is to do it with faith and belief. Because Bholenath does not need anything, all he needs is the feeling of a devotee.

That is, I worship Bhavani and Shankar, who are forms of faith and belief, without them (without faith and belief) even perfect men cannot see the Lord in their conscience.