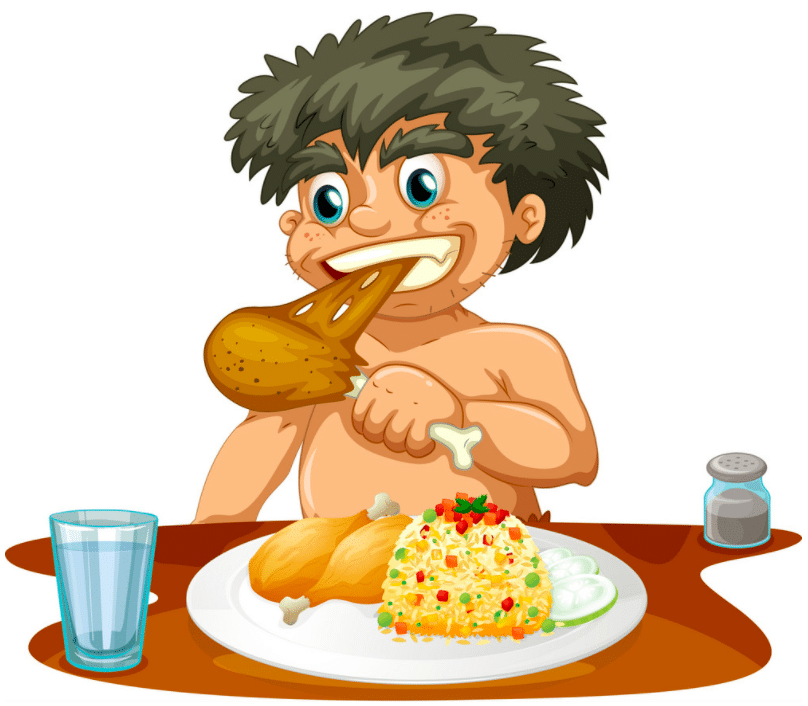 How I Became a Vegetarian

“ये राक्षस हमारे घर में पैदा कैसे ले लिया! (How did this demon take birth in our family!)”. This was my furious father’s reaction upon seeing the Zomato delivery boy at our door. I didn’t know that today was some religious festival (probably the ninth day of Navratra), and we aren’t suppose to eat Non-Vegetarian food. My father got to know that I had ordered a Chicken dish from a restaurant. The poor delivery boy was also at the receiving end of my Father’s scoldings!

My parents are Vegetarian (if you ignore eating of eachother’s brain). I am their youngest child, born after a gap of 10 years. At the time of my birth, as per Hindu norms, my Kundali (Vedic Horoscope) was prepared. It read :

You put a high price on your comforts. As an outcome of this trait, you are something of a gourmet and enjoy your food. In fact, you do not eat to live but, rather, live to eat.

No doubt, I was a foodie (still am). From eating my friends’ lunch (vice-versa too) in the classroom, to eating my sisters’ share of Maggi (Noodles), Sweets, Chocolates and what not. I had done it all. See, right now, I am eating your precious time too!

Now gradually, as I was getting older (and fatter), my parents’ concerns were also growing. Firstly, I was eating unhealthy and junk food on a regular basis. Secondly, I was also eating Non-Vegetarian food, which I being born a Brahmin, shouldn’t be eating.

When I was a child, Pundit ji (Pundit can be translated as “a person who makes fool of others”) used to be my constant source of chit-chat during Navratri Puja. I used to intellectually question him about God, and His existence, and His proof and so on. I used to be a non-believer of Divine. Interestingly, at the time, I had a habit of reading various Self-Improvement books. But, as I grew older, by the age of 19-20, I had started developing spiritual ambitions and interests. It was a sudden outbreak.

Then, fast forward to April 2020, something very profound happened, and it’s been more than a year and I haven’t eaten Non-Vegetarian food. So, what was it?

In March 2020, owing to my love for reading, I picked up “Bhagavad Gita As It Is Not”. Just kidding, it’s titled “Bhagavad Gita As It Is” (Srila Prabhupada’s Translation). I bought it in 2017, but didn’t read it then. I began reading it. Reading the Bhagavad Gita for the very first time, was one of the most phenomenal experiences of my life, after all, it is spoken by the Creator himself!

Just as I was diving into the depths of Bhagavad Gita, verse by verse, chapter by chapter, I came across this insightful verse :

Impelled by desire and attachment, they torment not only the elements of their body, but also I who dwell within them as the Supreme Soul. Know these senseless people to be of demoniacal resolves.

Here, Shri Krishna says that those people who perform austerities that are not enjoined by the scriptures, indirectly torment the Supersoul! So, I thought to myself, if mere wrong performing of austerities can be painful to God, then How painful would Killing of a body be to Him?

This was it. With continuous reading of the Bhagavad Gita, I had started feeling a change in perspective, a change in the way I looked at the world, and the above interpretation (which may be wrong too!) of mine was all I needed to end my Carnivorous tendencies. For the first time, I was experiencing the miracle called “Change in Perspective”.

A change in perspective is a Divine Blessing, according to me, because if that happens, then :

It’s been more than a year, and I have not eaten Non-Vegetarian food, and what’s even more astonishing is that this tendency of mine has almost vanished!

Swamiji once said, “If you suppress your desires, then one day, they will burst like a volcano!”. I have personally been on the receiving end of that volcano numerous times. But this “change in perspective” is a Magical Short-cut!

Quoting Swamiji from “A Prayer That Never Fails” :

Self-purification does not come merely from meditating on and chanting the divine names. Your entire perspective has to change. The change in perspective has to be cultivated methodically, consciously and continuously, until one day, it becomes your second nature.

Quoting from one of the recent Swamiji’s posts titled “Battling Your Biology” :

No matter how smart, sharp, or intelligent you are, you cannot beat biology. It’s what we are made of. You can pause it for a wee bit, you can postpone it but you can’t dodge it. It’s a lost cause, a lost battle. That, however, shouldn’t stop us from trying. Who knows when something might click and changes your perspective forever. The biology will remain the same but a new way of seeing life will now bring joy upon seeing the same things that once caused grief.

This was one of the deep-rooted habits which I managed to break, with very minimal efforts!

So, go ahead, Change Your Perspective to Change your life!