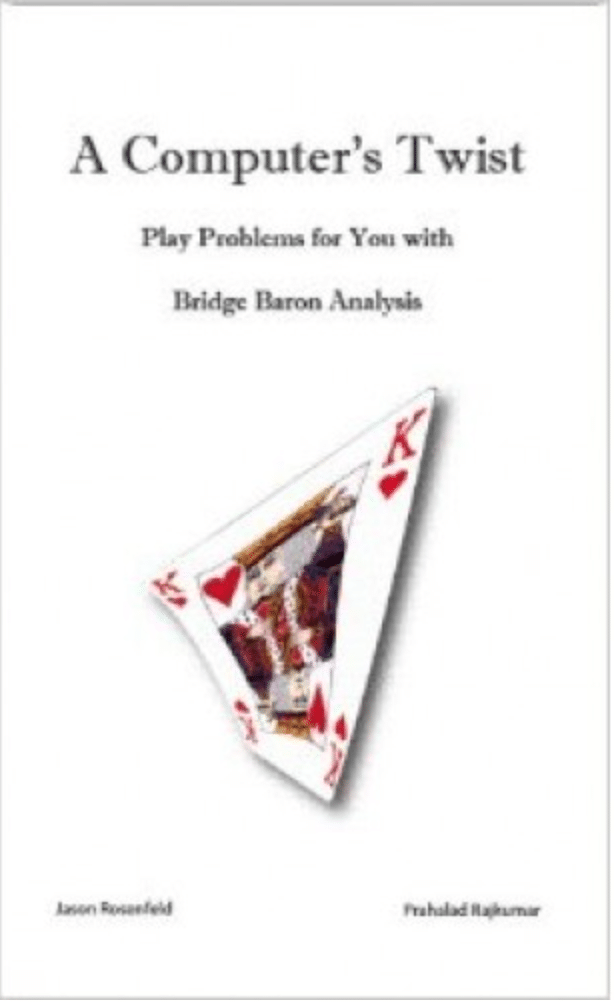 How I Became an Author

It had always been my dream to become an author. I don’t know why, but there was a special thrill, an indescribable charm associated with becoming an author. Being an avid fiction fan, I had always thought I would author a fiction book. The book that I ended up co-authoring was a completely unexpected one, something I would have never expected.

In 2005, in my senior year in college, I was working as an intern at Great Game Products, a company in Maryland that produced bridge software. In 2006, after I graduated from college, I took up a full-time position in the same company. In addition to other responsibilities, I began writing a weekly bridge column on our website, as an attempt to bring people to our website, in the hope that they would then buy some products. While I had been a bridge player for quite some time now, this was my first attempt at writing bridge articles. I would write the articles, and my colleague Jason Rosenfeld, who was also a bridge player (and had recommended me for the job) would proofread the article (the bridge analysis as well as the writing) before we published the article.

I hadn’t visited India in 5 years, and I decided to spend the summer of 2007 back home in India. At that time, Great Game Products had decided to hire an intern Robert MacArthur to help with various items. I don’t recall exactly how it came about, but someone floated the idea of converting the deals of the week into a book. All of us were excited about this idea. Since we were a bridge software company, here was the final premise of the book: We would take a curation of the best deals, make Bridge Baron solve these problems, and present our findings. The book would serve two purposes – it would be a collection of bridge hands, and it would also provide insight on how well computers played bridge at a snapshot in time (2007).

Jason and I spent several days and countless emails shortlisting hands for the book from the complete article collection, and we finally narrowed down 28 of the best hands. Jason painstakingly proofread the hands, rewrote parts that needed a better explanation, made Bridge Baron play the hands, and wrote up the analyses.

Everyone involved in the company helped out in some way or the other. CEO Tom Throop designed the Front Cover and the image of the twisted king. Lead Programmer Stephen Smith read the draft several times and gave his comments. Cindy, the sales manager, provided encouragement 24/7 and promoted the book tirelessly over the phone. George Yanakiev, who was the GUI programmer, and Milen Milovski, the tech support maven, cheered us constantly. Don Farwell, who had co-authored a book with Jason a few years ago, proofread the book and suggested several corrections. And of course, Robert MacArthur worked closely with Jason over the administrative aspects of the book. I am sure there were several others who were involved, whose efforts are invaluable towards the production of the book.

Great Game products decided to self-publish the book. In retrospect, I wonder if we had gone to an actual publisher, the book would have had a wider reach. But this certainly made sense from a financial point of view – Great Game Products would receive all the profits.  Jason and I argued hard about whose name should go first in the book. Neither of were willing to relent from our position. And I am glad that I won this argument. His name would go first in the book. Jason remarked that in Academia, co-authors would be fighting over whose name would go first and here, we were doing the opposite.

Once again, I don’t remember how we came up with a name for the book, but we all loved the final name of the book: A Computer’s Twist. Subtitled Play Problems for You with Bridge Baron Analysis. The book received favorable reviews in The Bridge World, which is a premier magazine targeted at expert bridge players as well as the American Contract Bridge League (ACBL) Bridge Bulletin. This book turned out to be one of my last assignments for Great Game Products – I was joining a graduate program in computer science at the University of Maryland College Park. The successful publication of the book meant that I was able to leave on a high note. It had happened. I realized my childhood dream of becoming an author. 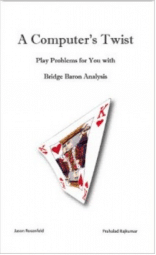