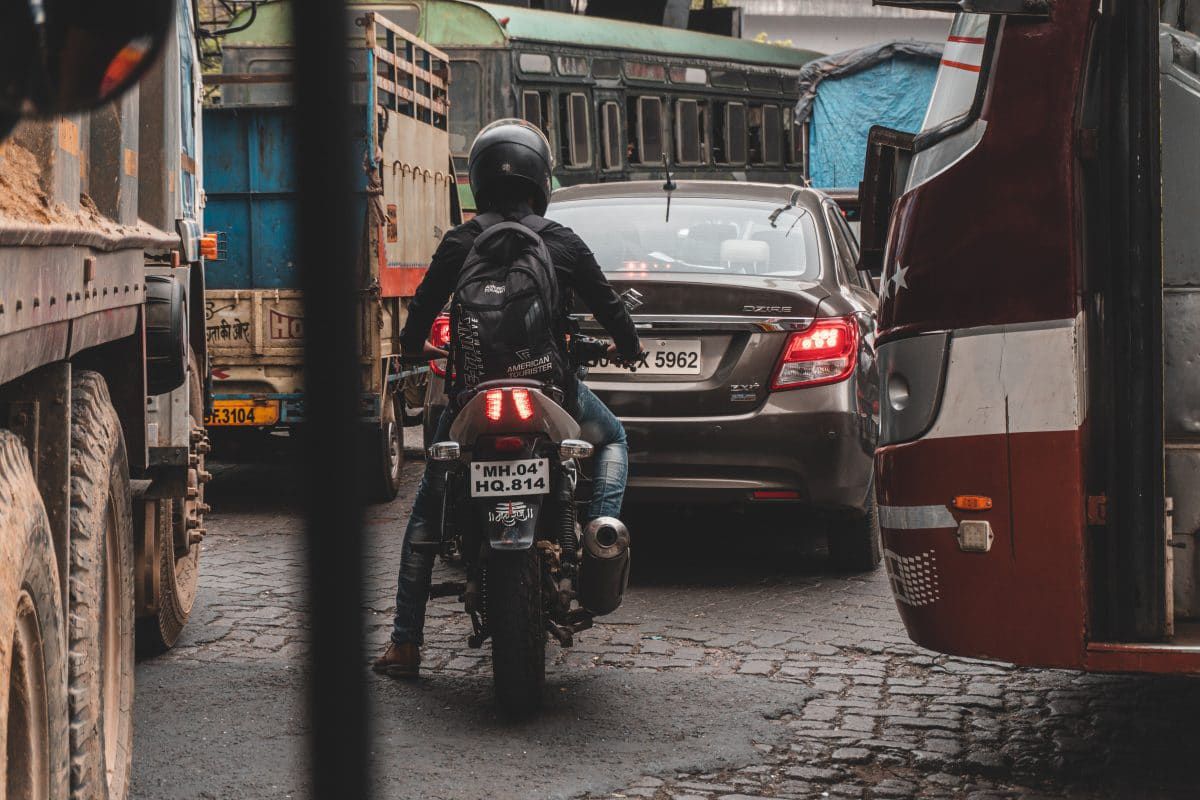 How I Started Driving in India – 1

I learned how to drive in the US. I went to the US in 2002 for my undergraduate studies, and got my drivers license in 2005. I had tried learning how to drive in India, but the learning experiences (or the lack thereof) scared me deeply, and ended up not learning. By contrast, I loved driving in the US. My odometer read 127,500 when I purchased my car. Several road trips later, when I gave the car to my brother before I returned to India, the odometer read 212,000. When I returned to India, I was unsure about a lot of the decisions that I would make. One decision, however, was easy: I would never drive in India.

Those who have been to both the US (or Europe) and India know the difference in driving conditions between both places. For those who don’t, here is a brief primer. In the US, there is a concept called “Right of way”. If it is your right of way, you can drive uninhibited, and any vehicles coming from a road to your left or right have to wait and let you go first. And consequently, if it is not your right of way, you have to yield to those who have the right of way in other directions before you can go. Simple and process-oriented.

In India, everybody drives all at once. The question whether you go first or the other person goes first: you have to sniff it out by a method that cannot be described easily through words. Sometimes, you both drivers inch their way together, with both drivers knowing exactly who should go first. Americans who have visited India have told me that the Indian method of driving defies laws of physics. But, to their surprise, it works effectively!

To drive in India, you need to get out of the “right of way” mindset and believe that you can play this game along with other drivers. I could check neither of these items in my mental checklist, and therefore I made the easy decision that I wouldn’t drive.

To get from one place to another, I would take autos, and Fast Track call taxis (Ubers and Olas hadn’t made their entry yet). Auto drivers would routinely overcharge passengers (which bothered me on principle, even though I could afford to pay them what they asked). Fast Track drivers those days could potentially be rude, which would mean an unpleasant experience. I became friends with an auto driver, who charged me nominal amounts, and traveling with him became my default way to get around the city.

Several people who I met told me “You have no choice but to learn driving – it is mandatory”. Ha ha, I thought to myself – a cow would jump over the moon before I would learn driving. Well, little would I know that I would learn driving before a cow would jump over the moon. One fine week, a series of fortuitous events transpired, which made me decide to drive in India. A friend of mine was visiting Chennai, and I called up my auto driver friend, and he dropped me at my friend’s place. “How much do I owe you?”, I asked him. “That would be Rs. 300”, he announced. I remember being visibly taken aback. “Isn’t that rather high? Isn’t it more like Rs. 180?”, I asked him. He insisted on 300 rupees, and I paid him, but remember having a sour taste about this.

The same week, I had agreed to play bridge over the weekend. After the game, my partner agreed to give me a ride till his house, after which I could take an auto. My partner was a leading industrialist in Chennai, a wealthy man. I was surprised to see that he drove himself, giving his driver the day off on Sunday. I remember being surprised for a second time that week – he could afford to employ several drivers but he chose to drive himself.

Now, dear reader, if both of the above sound remarkably trivial, you are right – they are – there is no big deal about an auto driver overcharging (or he could have charged me correctly, my perception certainly could have been flawed), and there is no correlation between the wealth and intention/ability to drive a car in India. However, I was so stuck on the idea that driving in India is dangerous, and also because I took the overcharging to heart, I made the emotional charged decision that I was going to drive in India.

This, however, was just the beginning. Stay tuned for the next edition to hear about my driving adventures.