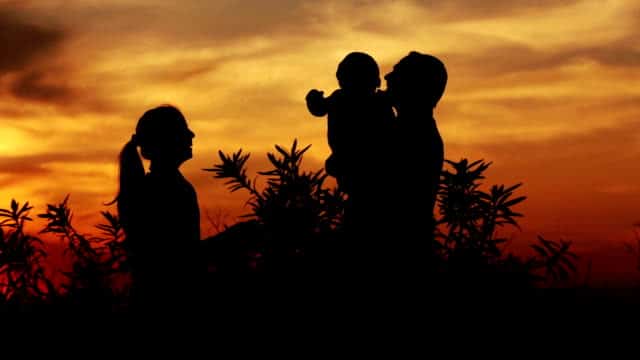 How My Father Met My Mother

Sequel to my last piece on how I met my wife

It was the 1960s. My father’s uncle was living in Muzaffarnagar, Uttar Pradesh. His son was posted there to oversee erecting of high-tension transmission lines from Muzaffarnagar to Rishikesh.

For 10 days during this period, the son left my uncle in my care for a cataract operation that I had arranged for him in Delhi. While uncle returned to Muzzafarnagar with his eyes brightened up, he left behind equally bright memories of our family history, one of which was how my father met my mother.

My mother belonged to Kizakkanchery, a small village in Palakkad. Her father was an advocate who practised in the Sessions/District Court in Palakkad. He belonged to a middle-class family. Given his thorough knowledge of the law and mental agility, he could have made it rich.

But a devout Hindu, he extended the spirit of dharma and adharma even to his profession. So much so, when a client approached him and if he felt the law was not on his side, he quietly took him to one of the two advocates in the adjoining village, who flourished, bending or twisting the law as it suited the occasion.

In sharp contrast, my father’s was an affluent family — filthy rich by the then standards. They had wholesale and retail textile business with establishments in Palakkad, Coimbatore, Eranakulam, Chennai and Mumbai.

It is believed that if the marriage of a son is performed within 60 or so days after the demise of his father, it would be deemed to have been solemnized during the lifetime of the deceased. So, when my paternal grandfather died suddenly while still in his mid-forties, a frantic search began for a bride for my father.

A girl was identified in Bangalore. The date was fixed with great fanfare. At the last minute, the girl’s parents backed out. This hurt the family’s prestige – a proposal from such a rich, philanthropic family was being rejected. They became adamant that, come what might, they would solemnize father’s marriage on that very date already fixed. Efforts intensified. Someone suggested a girl with good family credentials, the Karikkar family (my mother’s), in Kizakkanchery, 20 miles away.

Kizakkanchery is a very remote sleepy village. It comes alive only on two occasions – the annual Rathotsav, and Ganesh Chaturti when the village deity, Lord Ganesha, gets all the attention denied till then. So, on the rare occasions when a bullock cart made its foray into the village with the ox’s sedative steps, at least one representative from each house would greet it at the front yard to ascertain who the visitor was. And a horse-driven cart with bells jingling around its neck and foot-tapping rhythmic gallops was a sure bet to trigger the ladies to abandon their kitchen, to have a glimpse of the guest.

So, when my dad and his core group made their way into the village, with the burring sound of the car engine audible from afar, the whole village was agog – only nadaswaram (shehnai) was missing. Unperturbed and absolutely clueless, my mother, a young lass, was playing merrily with her friends ‘paandi’ – hopscotch, or Langdi.

Strangely, they asked her where the Karikkar house was. Playing vigilantly, she casually directed them, and busied herself completing her turn. Ten minutes later she was summoned, was escorted to her house via the neighbour’s backyard for any make-up that was possible at such a short time for such an unscheduled visit. “Oh, she is the girl. She was the one who gave us the direction to the house,” the head of the visiting family said.

They gave the green signal instantly. My mom’s father was, however, hesitant, apprehensive of the vast economic gap. Ultimately he agreed.

Everything was organized for the marriage in a chat mangni, phat shaddi style, giving my mom very little time to get even her marriage dresses stitched. For the ceremony where the bride bids farewell to her village friends on the eve of the marriage in an open hired car, the father’s family arranged for a huge elephant. Expectedly, she refused to mount it, still in her teens. The pressure was brought to bear on her. It was a five-day-long marriage. She was lean then, and he on the Dara Singh side. (They chose to rob each other’s figure in later life.)

As fate would have it, decades later when my wife and I were attending a temple festival in my father’s village, we bumped into a lady and her son, of my age, from Bangalore. We got acquainted with each other, and he casually mentioned that his mother was to have been married in this village, to someone from ‘a’ VKR family, and introduced her to us.

On elaboration, it turned out that she was the one to have been married to my dad. Curious to know, I asked her why she refused the proposal. “Even in the wildest of imaginations I could not agree to cook for 30 or 40 persons day after day, let alone take charge of the coffee/tea sessions,” she confided.

Back home when I narrated this to my parents, my mom said, “Lucky lady; escaped unhurt,” side-glancing at my dad with a tinge of taunt.


Login with Email
No Account? Create One
Life : A Walking Shadow or a Meaningful Evolution
My Guru