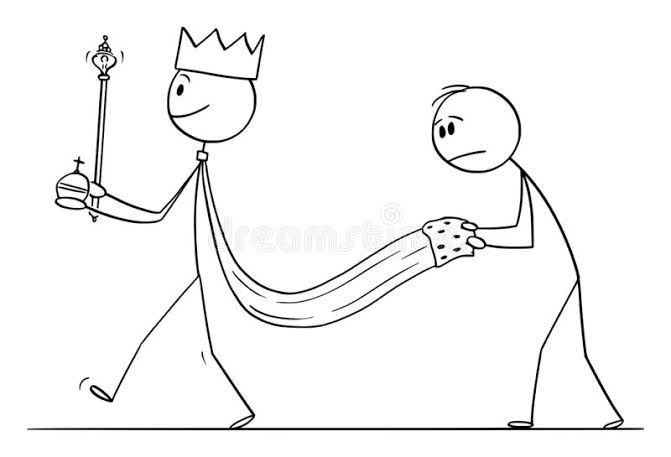 I Am Not a Servant of a Potato, nor of an Eggplant–

Rowing Along the Wind

Rowing Along the Wind

A landlord once had a sycophantic servant, who was only interested in grabbing
something for hid own sense gratification by flattering his master.
One day the landlord asked the sycophant, “Could you tell me what kind of
vegetable is the potato>
The sycophant replied with an uneasy gesture and folded hands before the
landlord, “0 Lord! I pray that your honour may please narrate the nature of
potato. Please let us hear your wise words on this matter.”
Then the landlord said, “Potato is the most delicious of all vegetables in this
present age.
Even before the landlord could finish his statement, the sycophant butted in,
“Yes, my Lord! Really delicious! Excellently delicious, pleasantly delicious,
highly tasteful and dainty! It is said that this round potato — boiled in rice, boiled
in water, fried, mixed up in a subji, put in a soup or dahl, either in pickle
condiment, or in rich gravy, or kofta — everywhere in every recipe, this round
potato is omnipresent! Is there any other vegetable comparable to it> It is simply
second to none, — unparalleled!!”
Then the landlord rejoindered, “Whatever you say, I should like to assert that
potato is very agitating and very dull, in spite of the fact that it is tasteful.
Immediately the sycophant blustered, “0 yes lord, for sure. It is a really
agitatingly agitating vegetable, very hot, excessively passionate, very difficult to
cool down. My lord! We are being plagued by a new wave of unknown diseases
nowadays! These are all due to this round potato. All sorts of flatulence, cholera,
diarrhoea, diabetes, phthisis are resulting form this round potato — do you know,
my lord > Potato is certainly the root cause of all these troubles.”
The landlord then asked his fawning servant, “Well what is your opinion of
eggplant>”
The sycophant replied, “0 lord, let us first hear you, please. What is eggplant
like~
The landlord began, “There is nothing bad about an eggplant! As far as I know,
eggplant is a nice vegetable.”
Again the servant spoke, “Yes lord! Let us look at it; there is hardly another
beautiful vegetable like it. What else is required when we get two pieces of fried
eggplant> Then even butter is not comparable to it! When one has nothing else in
the house, only one piece of eggplant could serve the purpose of maintaining
prestige of a householder — you can roast it, fry it, cook it in a subji, prepare a
chutney — any way you like — that eggplant proves itself somewhat extraordinary
among all vegetables. Still among all varieties of eggplant, take lapha eggplant — an
excellent creation of the supreme godhead indeed!”
After hearing all this, the landlord replied, “Anyhow, there is no nutritious value
in an eggplant.
The sycophant said, “0 my lord,off cause! That’s why it is called “be-gun” which
means “no value at potential value, but began, the eggplant is much more inferior
to that. An eggplant gives more itching trouble in the mouth than any wild turnip
or “kocu” root! Eggplant is the root cause of so many troubles. Eggplant carries
eternal bad luck. That’s why it is often roasted before serving.”
The landlord then retorted saying, “You’re a very strange fellow! When I say
‘Potato is good ‘ you also repeat,’ Yes, potato is very good’, and when I say ‘it is
bad’ , then you also start pleading that it is very, very bad. When I said, ‘Eggplant
is good’, then your appreciation for eggplant knew no bounds. When I said,
‘Eggplant is bad deprecating it as if it should never be considered as a vegetable.
Don’t you possess any personal integrity>’
With folded hands and faltering voice the sycophant explained, “0 my lord!
Please have mercy, please forgive my offences. But, to be truthful, I am not a servant of a potato, nor of an eggplant — I am simply your servant, my lord!
Whatever you say, my lord, I must say likewise. Potato will not provide me with a
wage packet every month, and eggplant is not going to give me a job for my
livelihood. I am your servant, so my lord’s voice should be my voice.”

Some people always row with the wind for their own advantage, and express their
concocted opinions only motivated by their own selfish desires for gaining
reputation. Sometimes they pretend to be devotees of Lord Sri Caitanya, or
patriots, social leaders, or simply unmindful lovers, or many other disguises.
Basically they are impersonalists, or in other words, they do not believe in the
eternal holy name, form, qualities, associates and pastimes of the Supreme Lord.
Any appreciation or eulogising of Lord Sri Caitanya expressed by such persons is
simply their verbal expression, as they are anxious to pose themselves as
“devotees” before the common people.
Many such persons eulogise Lord Sri Caitanyadeva with an ulterior motive of
attracting some sort of honour and respect from a large community of Vaisnavas.
But they are not at all interested in relishing the nectar of true instructions
bestowed by Lord Sri Caitanyadeva who deprecated such renowned ideologies as
Buddhism, Sankaracarya philosophy, and the doctrines of fruitive work, mundane
knowledge and meditational yogic philosophy. Those motivated persons do not
accept Sri Caitanya Mahaprabhu s advice to worship Lord Visnu only and to
consider all other forms of demigods and goddesses as subordinate to Lord Visnu.
Nor can they endorse wholeheartedly the devotional practices of religion, wealth,
lust, and liberation.
This only happens because as there are many followers of Lord Sri Caitanyadeva,
similarly there exits a number of fanatics in the line of Sri Sankaracarya, Buddha,
Madhvira Jina, Kumarila Bhatta, Kapila the atheist and the like, who preached
non-devotional doctrines among the people.
In this event, all motivated persons consider it beneficial to their self-interest of
earning name, fame and reputation to preach the doctrines of other communities
than those of Sri Caitanyadeva, since these non-devotional communities command
a wide populace.
Those who are devoid of the real urge for inquiring into the realm of eternal and
absolute truth will always hush up the basic doctrines as propagated by Lord Sri
Caitanyadeva. These people are neither sincere followers of Lord Sri Caitanyadeva,
nor of Sri Sankaracarya. In fact they are basically opportunists trying to gratify
their senses.
These opportunists are of the opinion that “all doctrines are good”, but their real
nature is exposed whenever it is clearly proved that the love for Lord Sri Krsna can
never be equated with the non-devotional practices for gaining positions in the
fields of religion, mundane wealth, material enjoyment, and liberation from the
cycle ofbirth, death, old age and disease.
Any attempt in synthesizing all doctrines irrespective of their intrinsic merit is a
hypocrisy. this was very boldly expressed by Lord Sri Caitanyadeva, with reference
to His reflections on one of His own devotees, Sri Mukunda Datta Thakura, thus,
prabhu bale, o betajakhan yethajaye/
sei moto katha kohi tathayi misaye//
vasistha padayej ave advaiter sange /
bhakti yoge nace -gaye trna kori dante//

anya sampradaye giya yakhan sambhaye
nahi mane bhakti, jathi maraye sadaye//
bhakti haite bada ache y-e iha vakhane/
nirantar jathi more mare sei jane //
Lord Caitanya said: “Whenever that rascal (Mukunda) goes to the mayavadis , he
becomes like them, talking according to their theory. Whenever he studies the
yoga va-sistha with Advaita Acarya, he dances in ecstasy holding straw in his teeth.
“And going to other sampradayas (mayavadis), when he speaks, not only does he
neglect bhakti, he always attacks bhakti. One who says there is something better
than bhakti, is beating Me.”
(Caitanya Bhagavata M.10.188-191)
The person has made offences to devotional service and due to this he will never
Most of the professional narrators of scriptural and mythological stories,
speakers, writers, authors etc. Try to entertain common people through their
deliberations and performances only to attract some sort of material gains and
fortunes. In fact, their expositions of devotional scriptures, are not truly expressive
of their real love and devotion for the Supreme Lord.
attain Krsna.