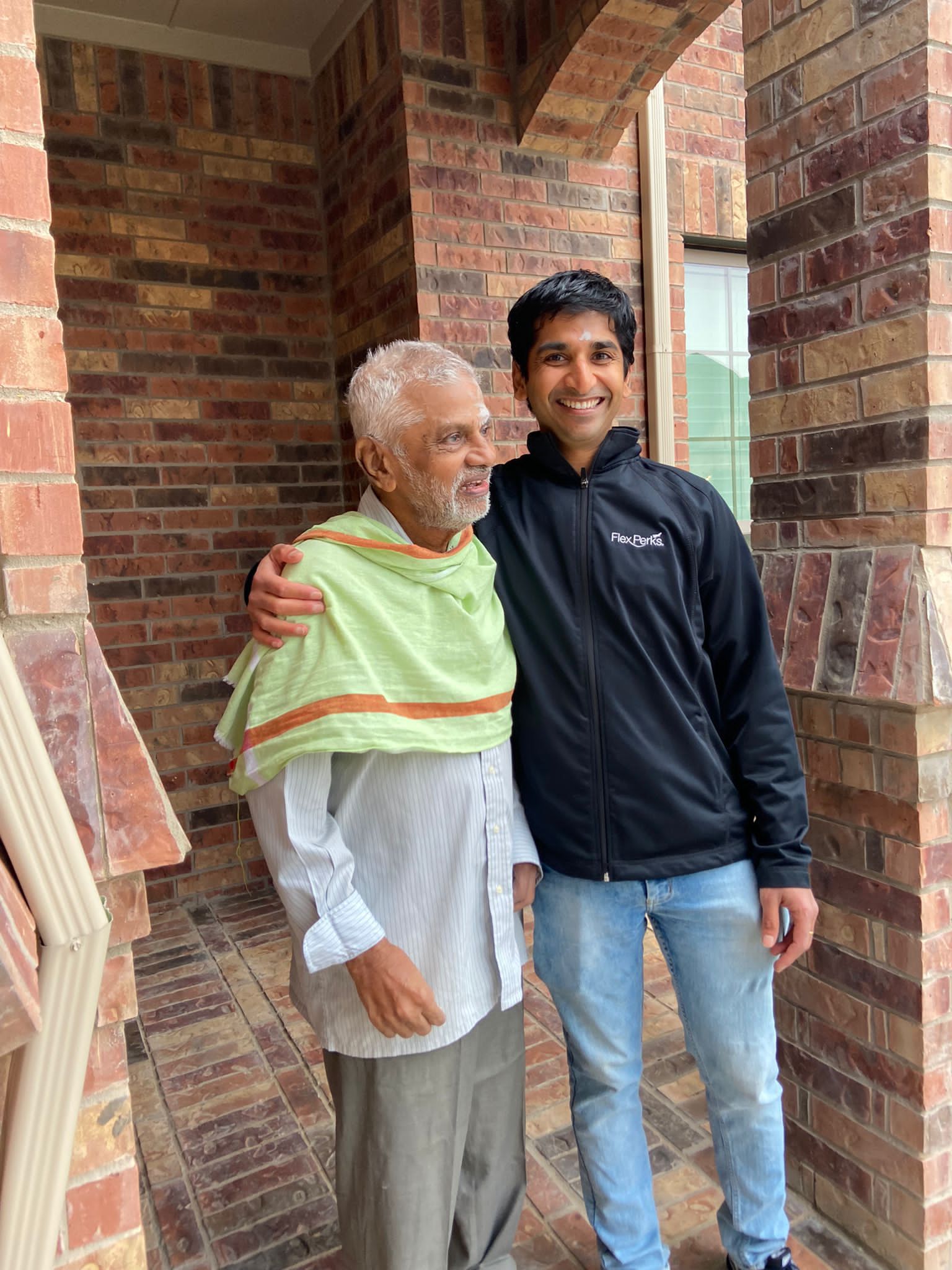 I, My Dad and His Parkinson’s

From old age to child again

Dear parivar, pranams 🙏 and gratitude to each of you. Your writings have inspired my journey. Thank you also for encouraging me to write.

For much of my life I hadn’t felt or expressed gratitude to my parents for what I had received. Neither had I given my parents many reasons for them to be proud of me. It wasn’t that I was particularly troublesome (although I did get into trouble in school days sometimes). It’s just that growing up, I was (still am) too lazy for my own good and had to be constantly lectured about grades. Even after growing up, I didn’t handle some of the inevitable family tensions with grace.

Constantly being reminded to be grateful by Swamiji has some impact even on a rock like me. Sadhvi Vrindha’s story where Swamiji goads her to be grateful for her father (even though he was an alcoholic)  and reading Against all odds by Hetal bhai also helped bring a perspective. Although it is a story about his father, I could see that he was grateful for the everyday interactions in his life that we all take for granted.

So, when my Mom announced that my Dad was diagnosed with Parkinson’s, it was my turn to reflect on what I had received and inherited from my father and be grateful for it. Growing up I observed him to be a very hard worker and god fearing. He was an executive in a government owned bank and went to work 6 days a week (many times travelling) coming home late and brought home files to review for Sunday. He maintained good relationships with his customers and employees.

What I didn’t realize then but can be grateful for now is that he always kept a light hearted environment at home and told funny anecdotes from work. The only time he lost his cool with me was when I got my grades or got into some trouble at school. He was also honest and a teetotaler in an environment where it was not common place to do so.  I wanted to mention my gratitude to him but didn’t know how to. I wrote a letter expressing the same.

Since our travel plans to India have been cancelled repeatedly the past couple of years due to Covid, I was feeling guilty that I cannot be of any use to them during difficult times. Amid this, my brother proposed that my dad travel to the US with him to give him a change of air and also give my mom some respite from taking care of him. In his enthusiasm to see us and his grandkids, he travelled so far when it was difficult for him to walk or get up from a chair or do any normal activities.

It was heartbreaking to see him like this, but when I asked him, “How are you?” he showed a thumbs up and said he felt like he had a tonic after seeing us. I had the opportunity to spend some time with him after a long while; Physically it seemed like he was having the pain getting up or walking or moving his arms, but he seemed to be more at peace. Saying “mahadeva/maheshwara” whenever he felt pain (which seemed to be constant when he was moving any part of his body). In his earlier days, he would let a complaint slip about people (including his daughter-in-law/my wife). Now, he asked me if my marriage life was smooth and told me that my wife had a smiling personality. When I had a few quiet moments, I read the letter to him. With tears in his eyes, he said he was lucky to have good kids. I always felt guilty that I was not there for my parents (my brother spent more than 10 years with them before moving back to the US), so it was good to hear those words. Being with him was a constant reminder of 2 things:

1) Suffering is an underlying condition of peace and joy. You could say that he is suffering, but he also seemed positive as always(he felt grateful that he was able to move about) and more peaceful. He was not worried or talking about any material things. When we tried to engage his mind by playing tic-tac-toe with grandkids, he was constantly refusing to put the X’s in the logical place (even when we pointed out) saying he wanted the grandkids to win. He does, of course, experience both physical and mental suffering. Sometimes he experiences profound sadness that he needs to be taken care of and sometimes angry, when he is refused something. But, in many ways, you could see the child in him in an ageing body (In this picture you can see that he is looking elsewhere and not at the camera, like a toddler). Perhaps he is in a different world where only his Mahadev resides.

2) Everything we take so much for granted (including our hands and legs) are impermanent. They have to stop working one day. I might as well say my thank you to them today.

Sometimes I have wondered if it is too much pain & suffering for him, but I don’t have the wisdom to question nature. All we can do is to pray that he experiences the abode of Mahadev now and forever, regardless of how much physical suffering he has to go through. Rest is in his hands…

Subbu is who I am, Gurusharan is who I want to be. Right now it seems like a long arduous path, but who knows!!! If Grace allows, I might get there in the blink of an eye.