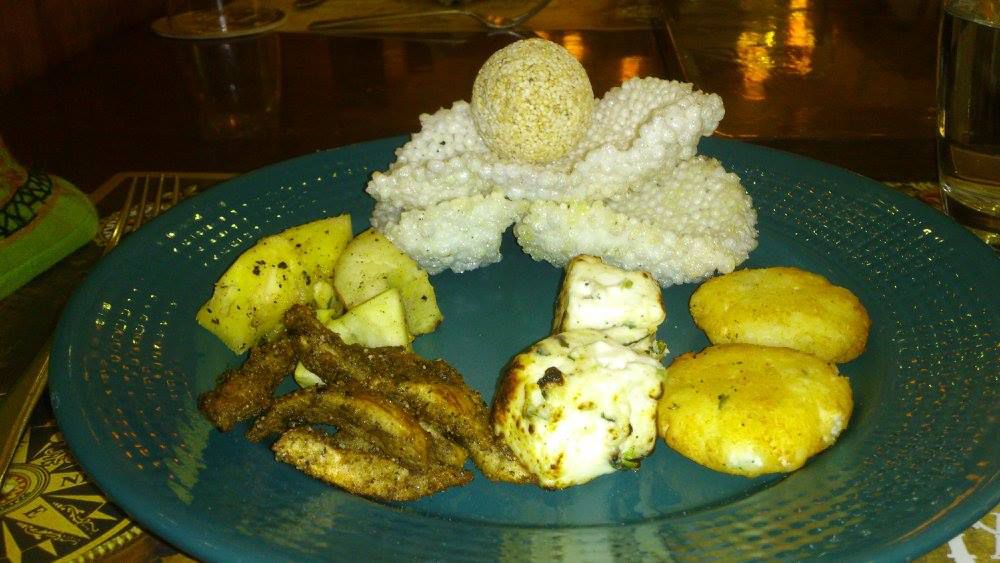 I Was a Foodie Not Saint!

I am a saint not foodie!

“Jija ji (Brother-in-law) is out of the town!” My mausi ji (maternal aunty) uttered as soon she entered our kitchen and saw a deep-frying pan filled with hot oil on the gas stove.

“Yup, one hour before he left for three days tour to Chandigarh.” I replied and inquired, “How do you come to know?”

“Kadhai (deep-frying pan) was on the fire just a few minutes before as fumes are coming out of it. You must be frying something.” She smiled while replying.

“I just prepared paneer pakodas (cheese fritters). Do you want to taste?” I served freshly prepared pakodas with coriander chutney to her.

She took a bite and said, “So, for the next three days you guys will be partying.”

My father loved to eat simple food- chapatti, dal (cooked pulses) or seasonal vegetable. However, my mother who was a foodie would always serve him chapatti, dal, stuffed vegetables, vegetables with curry, salad, fruits and freshly prepared cheese. Although, he never relished eating fried food like puri, bhature, pakode, samosa, tikki etc. On festivals, he just took a morsel or just a tiny piece of fried food and never asked for more. Whereas I always wondered why he made so much of money day and night if he did not want to eat delicious food. What is the need to do so much of hard work if he just wished to eat dal and roti? At that time my philosophy was chole chature khaoo prabhu ke gun gao (Relish chole bhature and sing the glory of Lord)!

Not only that he never eat oily, junk, processed, canned or frozen food but also he never criticized the food on his plate. Whatever my mother served him he would eat it without commenting on it. Only occasionally he would say, today salt was more in veg if by chance, there was some extra salt in veg and my mother had forgotten to taste it before serving. Simple food gave him strength and vigor to work for prolonged hours. Throughout his life, he had a very good control on his taste buds, which was the underlying reason of his success in academics as well as in business.

My nature, my values, my attitude towards other people and my perspective towards life was more like that of my father. As I had worked with him for ten long years so my style of working was also inspired from him. I was his carbon copy except his food habits. A trait that I could never acquire from him.

I was a foodie until I did a 40 days Sadhana in which I ate meal only once in a day and that too phalahara (without cereals and pulses). The Devi did not appear as distinctly as before but I could fit into my purani (old) jeans. 😉 During the last days of Sadhana, I experienced two unique experiences. Someday, one I would share with you, readers and the other one I would keep intact in my heart forever. 🙂

Pic : Phalahar at The Ancient Barbeque, Gurgaon in 2016.

A Poem for Neelam Om
A God Like You