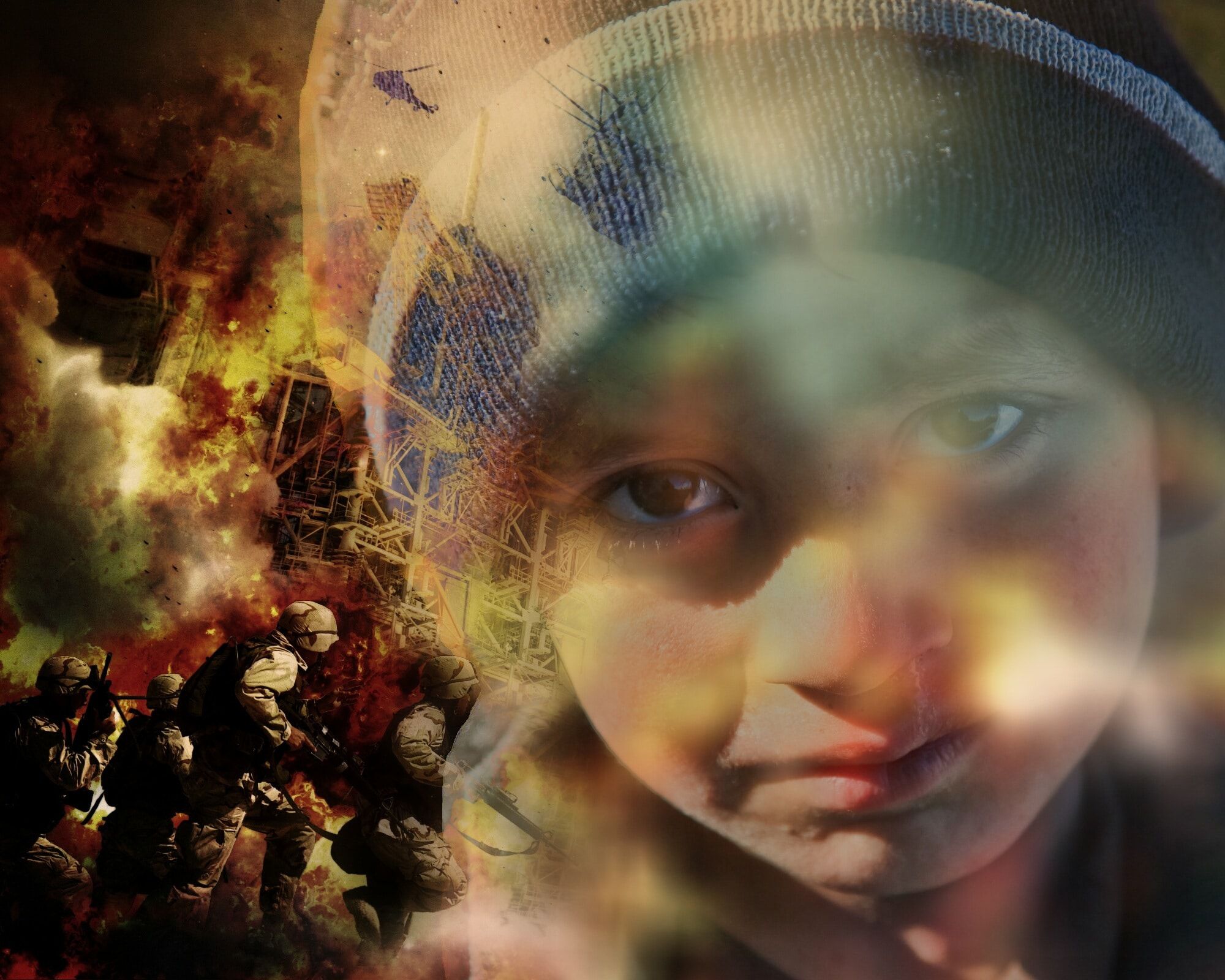 If an All-Loving God Exists, Why is There Suffering?

Religious texts and scriptures have explained this problem in numerous ways. Some have allied the sufferings in the physical world to a mechanism to test the individual faith, for a multifold reward in the eternal afterlife, while others have linked it to character building & transformation. Another explanation especially common in eastern religions is the ‘Law of Karma’ which describes suffering as a consequence of the actions in the past lives. Some texts have even gone to the extent of describing the suffering as unreal or imaginary. Buddha famously said, that by design, everything is transitory so every pleasant situation in life will ultimately melt away into suffering.

So, what is the genesis of this suffering and is it possible for the nature to create a world with much less or zero suffering?

When we interrupt the flow of the nature— If we look around carefully, 90% of the suffering that we see around us, is designed by the human species. When nature created humans, they were created as an integral part of a continuous entity, where the circle of benevolence is flowing freely from one part to another, like the air, trees, mountains or the rivers.

Every entity in the nature is designed to help the other entities, like the flowing breeze gives life to every living element, the gushing river nourishes every terrain that comes on its path, a tree offers shades & fruits to any one sitting beneath its canopy.

Going against the flow of the nature, the humans, on one hand, desire to take uninterrupted supplies from the nature, and on the other hand, pass it on to only a restricted few, their kith and kin and the loved ones and sometimes to the people in a given geographical boundary.

This self-centered attitude creates an imbalance in the working of the nature, and gives rise to suffering, which ultimately passes on to everyone, sooner or later.

Imagine if every human could come out of the narrow silos defined by them and follow the ‘pay it forward’ concept of the nature and give it back to others in effort or in kind, won’t the world be a much better place with substantially reduced sufferings?

The nature creates a balance—While the suffering can be reduced, the design of life is such that it can not be removed altogether or in other words, any attempt to revoke all the suffering will cause even bigger suffering for the world.

An elderly man was lying in the bed in his final moments, when he suddenly smelled the aroma of his favorite croissant.

Jumping out of the bed with all his vigor, he somehow made way to the kitchen and was about to gulp the croissant, thanking his wife for fulfilling his last wish, when he was suddenly smacked by his wife with a wooden spoon

“You moron, get off, these are for your funeral”

Death of our imminent family members and friends cause suffering but imagine a world where no death ever happens. Will the world be able to carry the weight of 700 B people instead of 7 B?

Regular consumption of junk food, sweets or, alcohol can create physical elements and suffering in the long run. But what if no one falls ill even after consuming unhealthy food like samosas every day? Will the human body be able to sustain the harmful effects of the excessive junk food?

Suffering in this case is just an indicator that we are not living in harmony with the design of the nature and our lifestyles are far away from the natural ways of living.

Larger part of the suffering is self-made—Doctor: ‘I’m afraid, Mr Thomas, that you are suffering from hypochondria’.

There is a famous saying – Pain is inevitable but suffering is optional. There can be situations in life which give us physical or emotional pain but that is in only around 5-10% of the scenario. 90-95% of suffering is created by exaggerating the situations, mental repetition of hurtful circumstances and falling into the circle of negativity. This not only creates mental suffering but may also cause physical ailments like BP, Thyroid and cancerous growths in the long run.

The key is to handle difficult situations with a positive and equanimous mindset and keep a strong faith in the divine plan which aims to ultimately lead us towards betterment and growth.

Some level of suffering is needed— If we take care of the first three, 98-99% of suffering in human life can be taken away and what is left, is perhaps necessary to drive a person towards understanding the temporal and transitory nature of life.

Some suffering will still be needed to drag us out of the comfort zone and drive us into exploring the real meaning of life without which the life may remain an unfulfilled expedition.

A bird snared in the self-made cage, oblivious of the door to infinity, Swami smilingly ajarred the door, with his limitless affinity, My wings are still so feeble

Solar Eclipse in the year 2021
Be Yourself