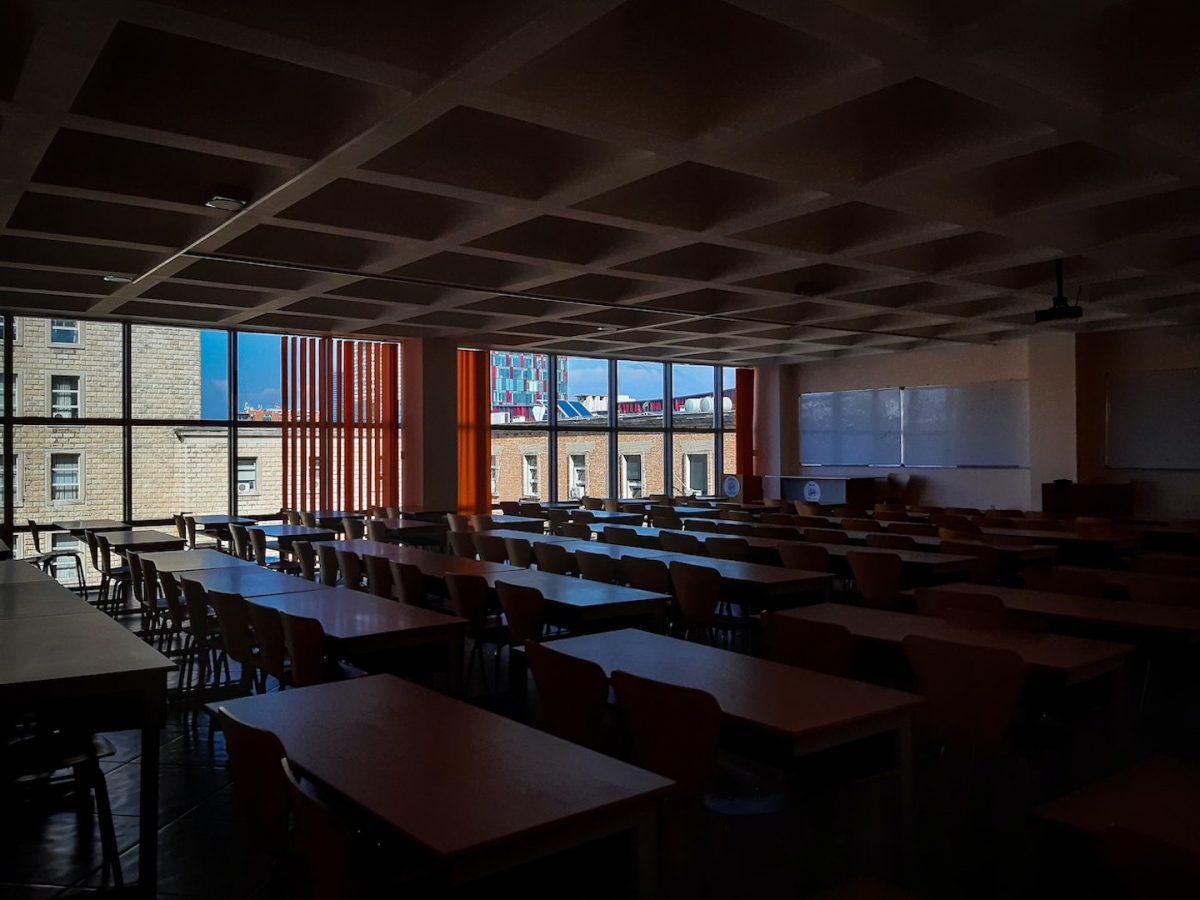 Returning to school after a year

It had been an eternity of no weather, as if nature had conceded its’ genius to the indoors. The door shuddered open, the sound bellowing throughout as if lost in the expanse of an empty cave. But this was no cave, it was a ghost town, deserted, left for good. The air conditioning rumbled and whined as if a loyal dog eagerly waiting for its’ owner to return. The frail curtains shivered from the blowing wind which wriggled in through a gap, sending the stale smell of isolation drifting through. The sun was not kind, its’ light crept through the sill but this was an evil light, a piercing glare.

The projects hung solid over the boarded-up lockers, expressing that there was no escape from the dread. The emptiness of the room somehow felt suffocating as if the atmosphere itself had turned against all life. The school bell screamed as if it were administering a final cry for help and to support it a thunderous roar echoed through the hallowed halls. This was not scattered thunder, it did not beg for mercy, it had a goal, a direction.

The roaring morphed into synchronized steps as if the last regiment making its’ way to a battle considered lost. The soldiers, their head held high pointing towards a brighter tomorrow and with their bags as shields; walking together they looked nothing less than a beacon of unity. As if snuffing the darkness out, the lights flickered to life. The scraping of the chairs drowned out the happy sighs of the air vent and the curtains made way for a glorious zephyrus which carried away with it all the poignant memories and made way for new ones.

The chalk squealed in delight as it was once again reunited with an old friend. It glided with the grace of a skater on ice. A chorus of clicking pens and flipping pages demanded to be heard, the ghost town had life breathed into it. The carbonate dancer finished his recital and etched on the ice were the words
“Welcome back!”