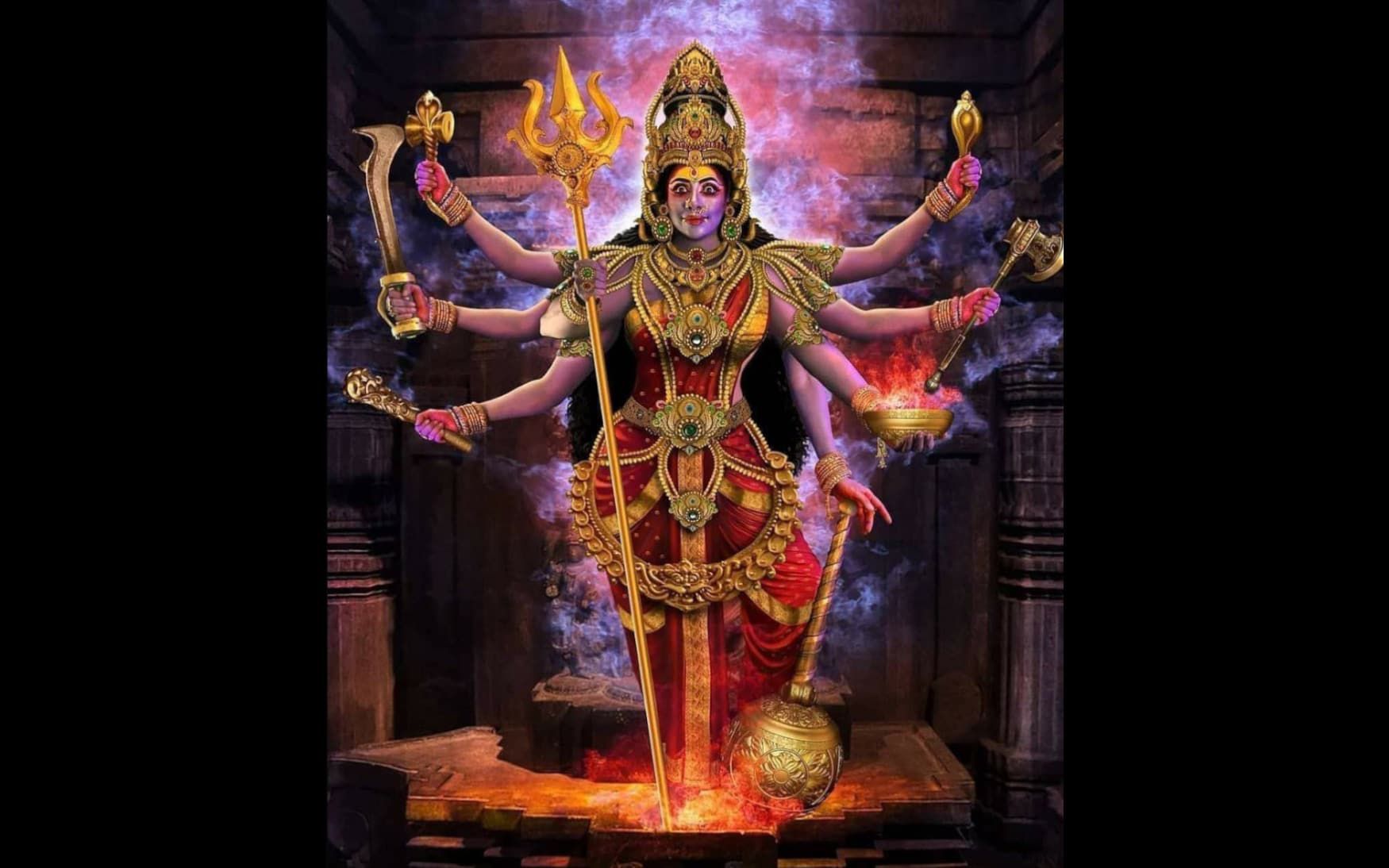 The Energy That Protects Me — Part 2

In the first post in this two-part series, I introduced the Divine Energy that protects me. Here, I’ll narrate an account that deepened my faith. Before proceeding with this post, I emphasize that my focal point isn’t any supernatural occurrence here. My purpose is to elucidate that your very existence becomes a miracle when Divine Grace meets faith. When Devi becomes our unshakable truth, we stop awing at her mystical abilities and marvel at Her instead.

The year was 2004 when I got married to the man of my parents’ dream (how else do I describe an arranged marriage?). My prince charming had bought a cozy home in Wichita, Kansas. To start this chapter of my story, I had left behind my buzzing life, a tech job, and a brigade of extended family in the New York City’s suburbs. That’s what most people called the entire state of New Jersey, where I lived!

A newbie in an unfamiliar town, I was left alone when my husband stepped out to work—something I hadn’t experienced before. Each day after work, my husband made it a point to entertain me with some fun outings to help me settle down. We decided to watch our first movie together in one such excursion – The Grudge!

Yes, a horror movie. Although, becoming the meal of a ghost topped my fear list. It was too early into my marriage, and I wished to impress my husband. So, I strolled into the theatre, putting on a brave face, but my reality surfaced midway through the film. In short, forget about impressing; I became the center of my husband’s numerous jokes.

I wish things had ended there, but they didn’t. In the movie, the evil spirit made a closet its home. Guess whose walk-in closet resembled it? Mine, of course! Thanks to that film, I feared my closet and never ventured anywhere near it when my husband wasn’t around. Don’t ask me what I was thinking! I definitely wasn’t married to a ghostbuster. Therefore, maybe I desired to offer my husband to the ghosts? In the hope that they would spare me? Who knows?

With an imaginary ghost in my bedroom closet, I spent most of my day in my gorgeous living room. A glass door in this space opened into a lush green backyard that ended in a small creek. It was a vision of serenity and solitude. Lounging on my couch while observing flora and fauna through the glass door became my cherished activity. Except for that fictitious ghost, life felt perfect.

As is the rule of this impermanent world, my quietude was short-lived. Soon, the news shook our town that a serial killer was on the prowl. In the past, he had disappeared after butchering many. Sadly, this psychopath wouldn’t just kill, but he would torture people to death. As my luck would have it, he had announced a comeback.

Without an iota of exaggeration, my heart pounded so loudly that the entire neighborhood could have heard it. Jumping into action, I probed this serial killer online and found that the cops had identified his killing pattern:

With all the patterns tick marking for me, my life felt ill-fated. The scare of ghosts in the closet paled compared to what I experienced now. I pray nobody faces anything like this because my torturous state of mind was inexplicable. Fortunately, the cops arrested that killer quickly before losing any life. This person was a respected man who lived with his wife and little kids. Further, he was affiliated with a nearby church. God save this world!

Soon, my husband and I moved out to the West Coast, where solitude became a thing of rarity. Unfortunately, deep scars had formed in my subconscious mind due to that fear-inducing experience.

After that scare with the serial killer, I constantly feared someone attacking me. Similar to Calvin in the legendary comic series, I checked my closet, bathroom, under my bed, and everywhere I could think of multiple times in the day. What did I plan to do if I found either a person or a ghost there? Perhaps, invite them for dinner? Such questions are better not asked!

My craziness continued for years before the Divine decided to end my agony. After Swami visited my home, I noticed an abnormal occurrence. Nobody could enter my house until I felt comfortable with their presence. People would walk up to my doorstep, but if I didn’t feel like hosting them, something would force them to leave without entering my home! Sometimes, they would get an important call from work. At times, they would forget their mobile phone at home.

By this time, Swami had convinced me that ghosts were fictional. Since I trusted his words, the fear of ghosts had left me for good. However, the dread of convicts remained. As my mind grew stronger with Sadhana, my thoughts started materializing. That dangerously meant that I was attracting convicts towards me. One fine day, that’s what happened.

My doorbell rang, and I accidentally opened the door without checking through the peephole. Suddenly, I found myself face-to-face with someone who appeared far from safe. Speaking metaphorically, I had ventured out of my safety zone like Sita had stepped out of the Lakshman Rekha! Doomed was written all over it.

Quite uncharacteristically, instead of panicking, I calmly called out to Devi. As if by Her grace, there was a sudden turn of events. The man stared at my face for a bit, behaved like I was a lioness ready to attack him, and ran away like there’s no tomorrow. Meanwhile, my husband and son returned from a walk, and they had seen the cops arrest the same man.

Candidly, I have no idea what happened that day and why that man ran away as he did. I dare to believe that I don’t look as scary that a fugitive might run away at my sight! So, when something of this sort happens, I know that the unmatchable and mighty Divine Energy had worked again to protect me.

Since that day, my faith in Devi became unshakable. That washed away my fears of ghosts, serial killers, convicts, etc. Still, these days, I carry one major fear – becoming the topic of yet another controversy. I’m just kidding!