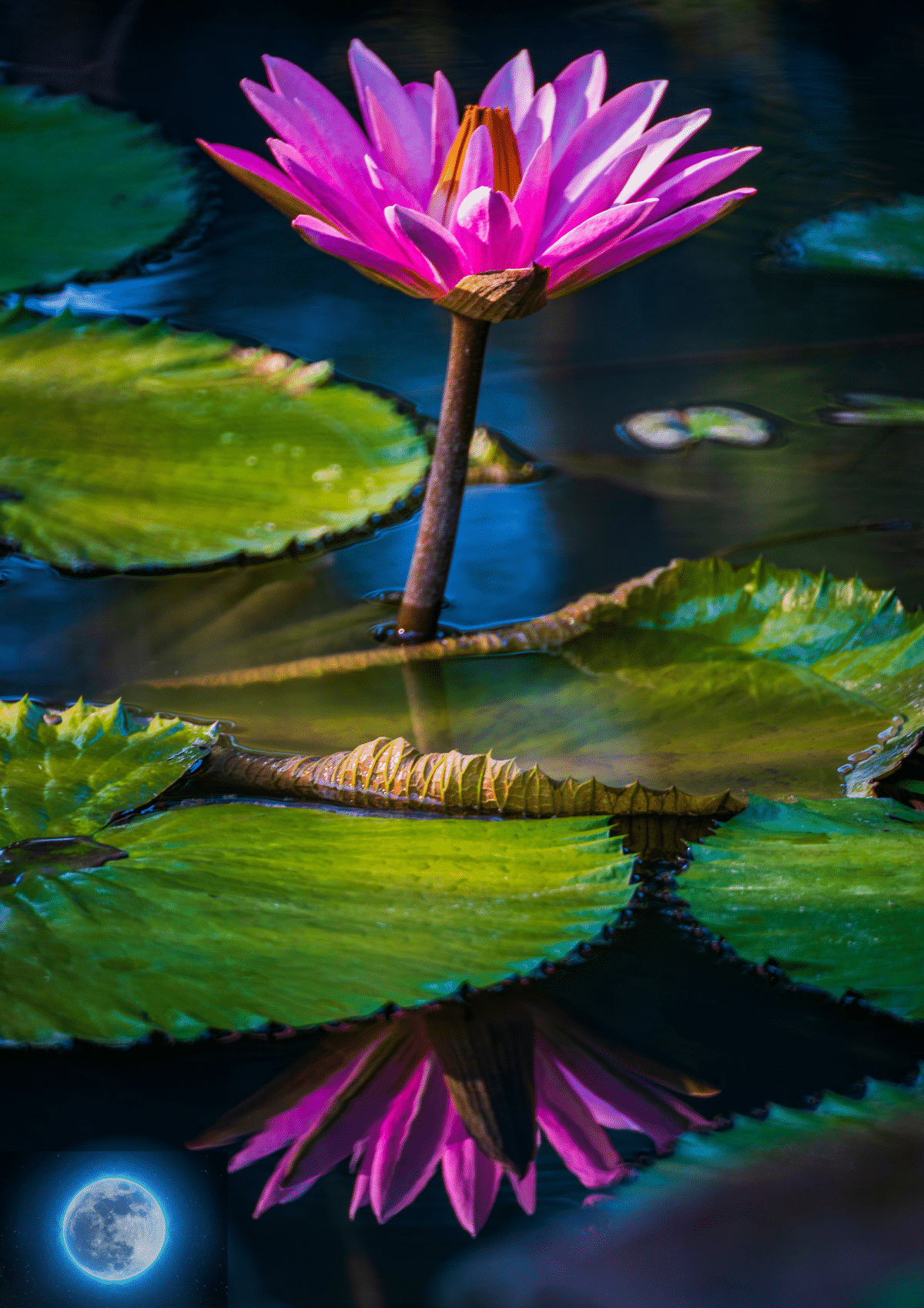 The lily longs for the moon

The lily gazes at the moon

With a pining heart and shivering stalks

As the midnight winds gently pass by.

A lamp flickers in the distance

Where a mother sings her baby a lullaby.

The baby suckles at her mother’s breast

Under the galore of twinkling stars in the sky.

The stars wink at their beloved earth

Hours of the night are soon to pass

The separation of thousand miles flaming in their hearts.

At a cosy corner of the stony stairs

Vigilant, yet oblivious of the world at a safe distance.

Allowing love to take over

As they sink into each other’s warm embrace.

Hovering over the ground for centuries

A witness to million tales – some alive, many dead.

The lily too casts a glance at them

Only to be scorched with greater yearning for her beloved

Sigh! In despair, it turns towards the sky again.

The moon smiles a little

And sends the mourning lily a golden beam

That softly falls upon her delicate being

Lo! The pale flower has turned a crimson pink.

Like a bride, the blushing lily lowers its gaze

To find the moon in the very pond where it stays

Ecstatic, yet bemused she wonders,