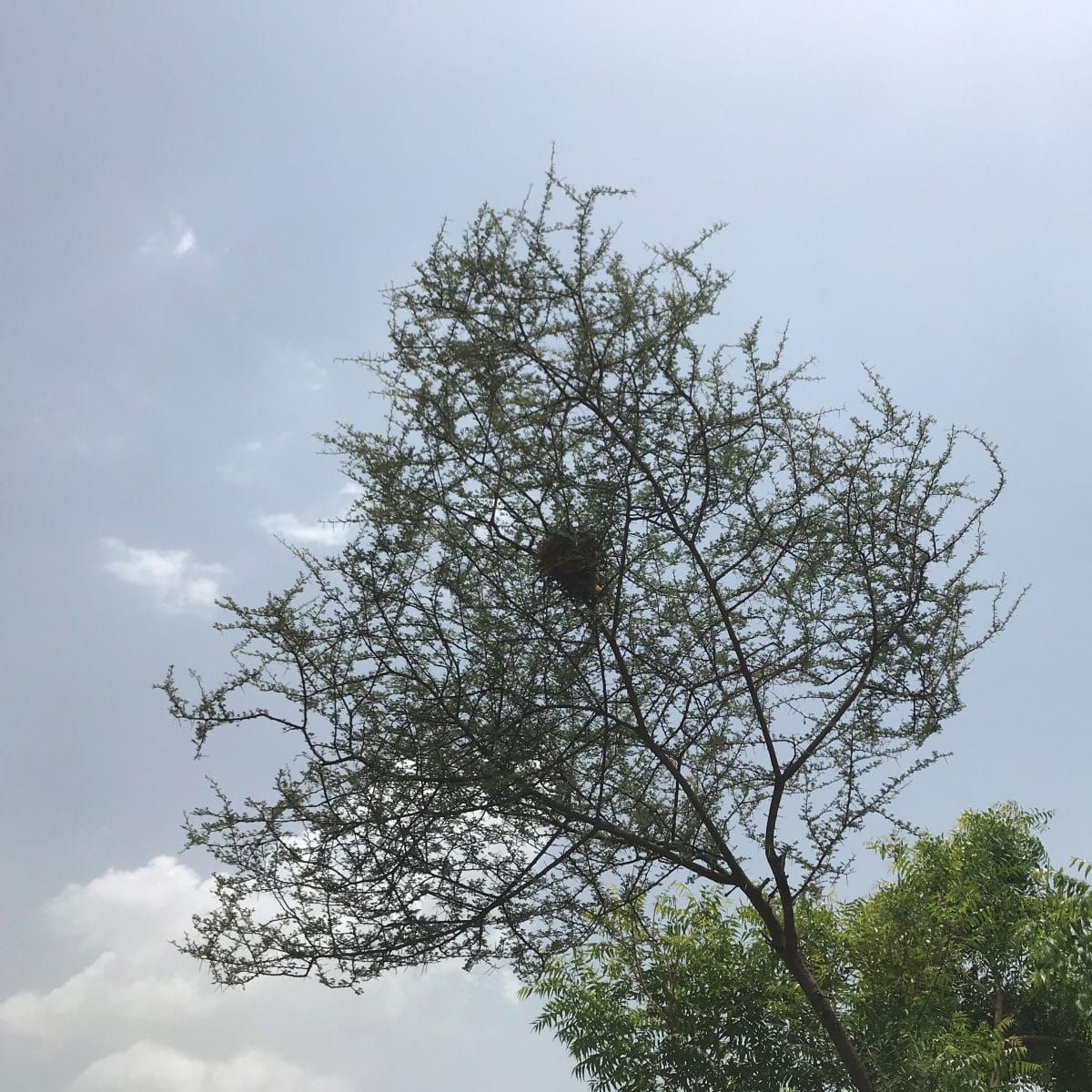 My father was on deathbed. He wanted to spend his last moments at home with family members rather than looking at conventional ceiling of Intensive Care Unit of any reputed hospital. Keeping his wish in mind, my doc brother converted his room into ICU with all the necessary instruments and equipment. Patient monitor, ventilator and you name it and it was there!

Slowly his body was degenerating organ by organ. It was painful to see him going bit by bit. With our moist eyes, my brother and I who were standing beside his bed on either side were gently caressing his hands to soothe him. We were trying hard not to cry in front of him. The whole environment was gloomy. All of a sudden, my mother who was tenderly rubbing his feet told him, “You have distributed all your wealth and property between your children. Also make them heir of your ‘Sankalpa’!”

My brother and I were perplexed.

She started explaining, “After retirement as an agriculture scientist, your father took a vow to plant 1000 trees per year. And you both must know how hard he was working for this noble cause! He had searched along the length and breadth of the semi arid area of North West India- nurseries, fields and forests to find the best varieties of trees. The brackish underground water had made the task harder as a few varieties of trees could only withstand that high amount of salinity. The harsh weather in both summer and winter would kill most of the saplings within one year of plantation. Even on withstanding these harsh conditions, many trees die because of termite attacks. The crickets, insects and nematodes attacks causes’ stunned growth and sometimes they even destroy the plant when the attack is severe. Even after such a high mortality rate of young trees that leads to frustration, he is determined and consistence towards his target. As you, both know he is unstoppable! No obstacle could compel him to quit from doing what he wishes to do.”

Saddened eyes of my father now had a spark!

“Should we plant flowering or fruiting trees?” I asked controlling my tears.

“Each species of trees in an ecosystem has a specific niche—a role to play. We all know, trees nourish soil, help in water conservation, ease carbon sequestration, improve biodiversity, and increase the number of pollinators and natural pest predators like birds. However, every tree has its own unique feature as peepal tree provides more oxygen or dry leaves of neem tree acts as organic pest controller, twisted stem of pelu tree acts as windbreaker, nodules present in khejadi roots enriches the soil with nitrogen or jungli beer provides food to many small sized birds.” She showered all her knowledge, accumulated from editing his agri-based research papers, presentations and books.

All ears were on her.

She continued,“Repeated irrigation of brackish water and frequent use of fertilizers has turned the fertile land into barren. Therefore, it will be better to go for native trees like babul, pelu, kher, frans, neem, mahaneem/ bakaan, khejadi, papdi, sahajan, karanj, shireesh, jungle jalebi etc. The locally indigenous trees can withstand scanty rainfall as well as foggy and misty weather. They are pest and disease resistant therefore they grow faster than ornamental trees. Not only their shade facilitates moisture conservation but also nutrient rich litter of dry leaves of these trees revitalises the soil each season which will help exotic trees to grow subsequently.”

It was his words from her mouth.

“Your father love flowering trees like gulmohar, amaltas, neeli gulmohar, bottle brush, balam khera as they all bloom in summers when they are leafless or have less leaves, which make flowers more conspicuous for pollinators and a beautiful magnificent site for us! Fruiting trees like bel, amala, imali, lehsuaa, toot, shahtoot, kajoor, kaith, cheeku and some citrus can be planted after checking the pH of soil. Nevertheless, remember one thing that does not pluck the fruits of any tree in the first fruiting season. Give them back to nature. Leave them for bulbul, myna and parrots.”

“As the rainfall is scanty near about 50 cm each year and all of it in almost one or two months of monsoon, you can not go for more varieties in ornamental trees however, kachnar, devils tree, palm, kadamb and silver oak will survive.”

He held our hands firmly, put a light pressure and ordered, “Thousand trees every monsoon.”

His eyes were twinkling.

It was time to check his oxygen levels so my brother put the oximeter on his index finger.

We began to chant his favourite mantra.

After his demise, I planted more than 1000 trees. Because of drought like conditions and carelessness of my employee who did not bother to water, resulted in only 2% survival rate. My time, energy and money were wasted. My heart cried and a part of me died. Then, I decided to modify my ‘sankalpa’ to not only just plant trees but to nurture them until they become self sustainable.

From the past four years, I have invested my good amount of funds on planting, tending, watering, weeding and pruning of trees. Previous year, because of extreme shortage of funds, I had to sell my gold jewellery to fulfill my inherited ‘Sankalpa’.

Glittering of gold would not satisfy me, what a blooming of bottlebrush tree could!

Pic : A young babul tree with nest as thorny branches protect it from predators like cats, shikaras and snakes.