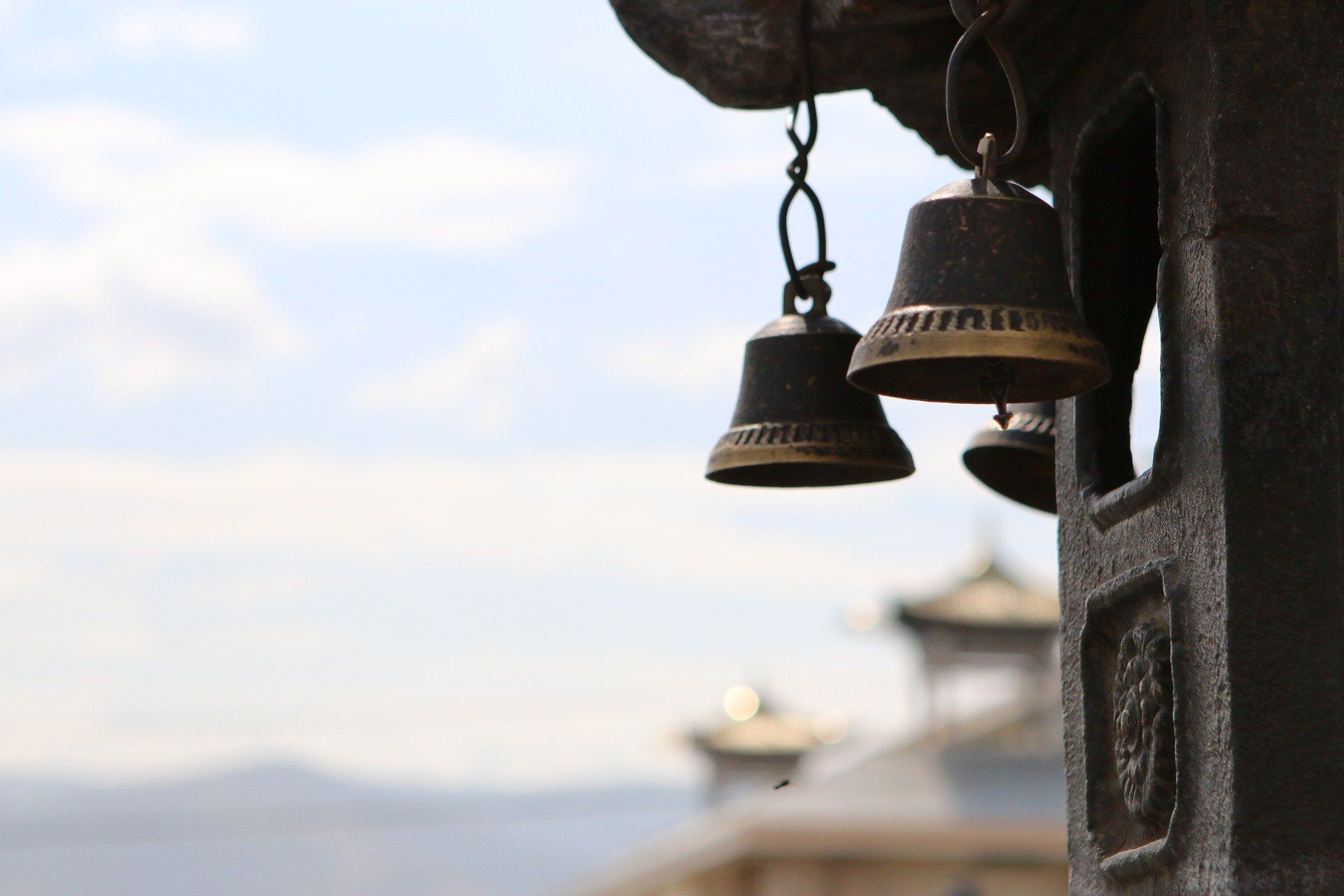 The temple was built on an island and it had a thousand bells. Bells big and small, fashioned by the finest craftsmen in the world. When the wind blew or a storm raged, all the bells would peal out in a symphony that would send the heart of the hearer into raptures.

But over the centuries the island sank into the ocean and, with it, the temple bells. An ancient legend said that the bells still rang out ceaselessly, and could be heard by anyone who would listen. Inspired by the legend a young man travelled thousands of miles, determined to hear those bells. He sat for days on the shore facing the vanished island and listened with all his might. But all he heard was the sound of the sea. He made every effort to block it out but to no avail; the sound of the sea seemed to flood the world.

He kept at his task for weeks. Each time he got disheartened he would listen to the village pundits as they spoke with unction of the mysterious legend. Then his heart would be inflamed.., only to become discouraged when weeks of further efforts yielded no results.

Finally he decided to give up the attempt. Perhaps he was not destined to listen to the bells. Perhaps the legend was not true. It was his final day, and he went to the shore to say goodbye to the sea and the sky and the wind and the coconut trees. He lay on the sand, and for the first time, listened to the sound of the sea.

Soon he was so lost in the sound that he was barely conscious of himself, so deep was the silence the sound produced.

In the depth of that silence, he heard it ..The tinkle of a tiny bell followed by another, and another and another… till every one of the thousand temple bells was pealing out in harmony, and his heart was rapt in joyous ecstasy.

Do you wish to hear the temple bells? Listen to the sound of the sea.

Do you wish to catch a glimpse of God? Look intently at creation.

From “Song of the Bird” by Anthony de Mello

Silence is Music and Life is the Song
Sri Brahmachaithanya Pravachan-Feb.1