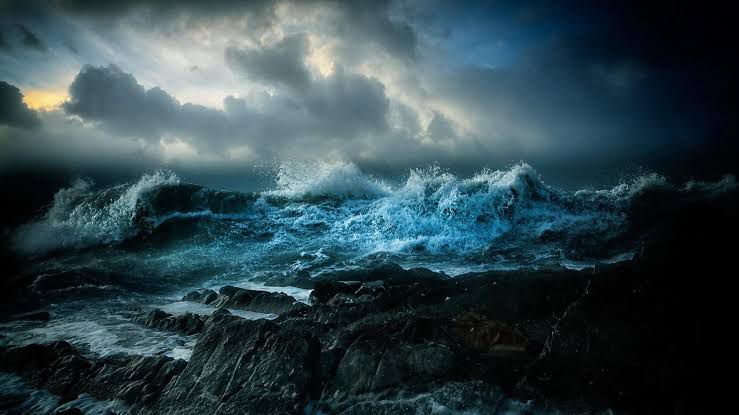 A sultan decided to travel by sea with some of his favorite courtiers. They joined the ship in Dubai and sailed out into the open sea.

However, as soon as the ship moved away from land, one of his subjects – who had never seen the sea before, having spent most of his life in the mountains – began to be overcome with panic.

Sitting in the ship’s hold, he cried, shouted and refused to eat or sleep. Everyone tried to calm him down, saying that the journey wasn’t as dangerous as all that, but although he heard their words, they had no influence on his heart. The sultan did not know what to do, and the fine journey upon calm seas and under blue skies, became a torment for the passengers and crew alike.

Two days passed without anyone being able to sleep because of the man’s cries. The sultan was about to order the ship to return to port, when one of his ministers, who was known for his wisdom, came over:

“Your Highness, with your permission, I will be able to calm him.”

Without a moment’s hesitation, the sultan said that not only would he allow it, but that he should reward him if he succeeded in solving the problem.

The wise man asked that the man be thrown into the sea. Right away, content because their nightmare was about to end, several crew members grabbed the man struggling in the hold, and cast him into the ocean.

The courtier thrashed about, sank, swallowed plenty of seawater, returned to the surface, screamed louder than ever, sank again, and managed to surface once again. Just then, the minister ordered for him to dragged back on board.

From then on, no one heard so much as a single complaint from the man, who spent the rest of the journey in silence, and even commented to one of the passengers that he had never seen anything so beautiful as the sky and sea touching on the horizon. The journey – which had before been a torment to all those on board the ship – became a pleasurable experience.

A short time before they returned to port, the Sultan went to see the minister and asked him “How did you guess that, by throwing that poor man into the sea, he would calm down?”

“Because of my marriage,” replied the minister. “I was always terrified of losing my wife, and was so jealous that I never stopped shouting and screaming like that man.”

“One day she could take no more, and left me – and I tasted the terrible experience of living without her. She only returned when I promised never again to torment her with my fear.”

“In the same way, that man had never tasted salt water, and had never known the agony of a drowning man. When he felt that, he understood only too well how marvelous it can be to feel the planks of a ship under his feet.”

Living life anticipating that your fears may come true, is a painful way to live. The only real way to overcome your fears is to face them, and then they will trouble you no more.