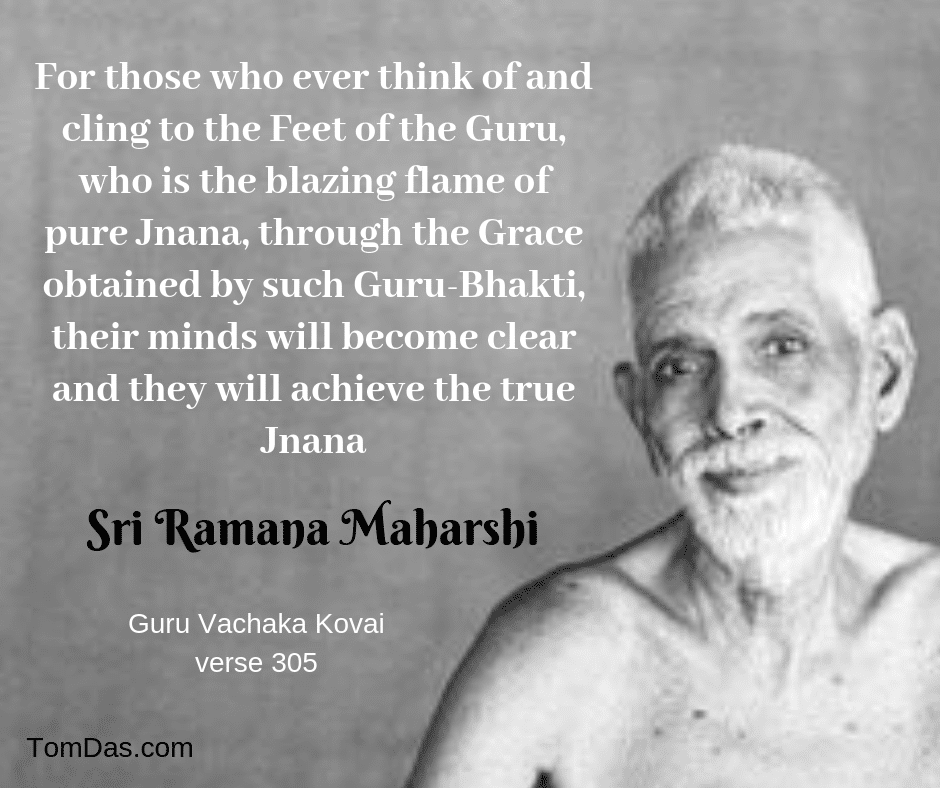 Daily inspiration for you... About Ramana Maharshi

I came across this little anecdote about Ramana Maharshi, So sharing it with you all…

It would sometimes happen that some soup or vegetables would remain after serving everybody. It was Bhagavan’s standing order that such leftovers would be used as stock for the next day’s breakfast sambar. As iddlies with sambar was our standard breakfast, and since we needed sambar every morning, the leftovers from the previous day came in handy. But this order created a serious problem, for custom demanded that no leftover could be used the next day. Food cooked the day before was considered polluted and polluting. It was a matter of custom only, because fried food was excluded from the rule, and sweets and vadai were kept for days. Bhagavan would come to the kitchen in the early hours in the morning, see what was left over from the night before, warm it up, dilute it, and add some more ingredients for the morning’s sambar. He would sometimes use a pot that was still black from the previous day’s cooking, when tradition demanded that it should first be washed and smeared with a paste of mud.

The injunctions against food from the previous day is very much respected in the higher castes of South India, and no doubt it is a very salutary custom. But Bhagavan, insisting that the avoidance of waste overruled everything else, would never permit God’s gifts to be thrown away. As for giving leftovers to beggars, it was not practicable, for Bhagavan insisted that beggars be given the same food as everybody else, and not some inferior stuff. Even doges had to be fed the common meal, and first, too!

The ladies would come in the morning to clean the kitchen and make it ready for the day’s cooking. When they found Bhagavan there brewing the morning’s sambar from the previous days leftovers they would be deeply distressed, but would not, of course, dare to admonish him. Bhagavan watched them and waited. Their distress was real and deep for they were risking loss of caste. On the other hand, Bhagavan’s instructions were clear – no waste of food in the ashram, and the same food for all. It was a tug of war between the wisdom of the Guru and the cultural habits of his followers.

The ladies tried to be in the kitchen very early, but he was always there first, cooking the sambar. One day some of the sambar was taken to a devotee’s house, but when it was discovered that it was a sambar cooked from the previous day’s leftovers, a special ceremony was ordered to purify the house.

On hearing this, Bhagavan told the ladies, ‘Call the purifiers and get your kitchen purified. I shall never more enter your kitchen.’ The women, for the sake of their orthodox customs, lost Bhagavan’s constant presence, company and guidance. It was a real tragedy. All the devotees in the ashram believed that Bhagavan was God incarnate, and that he came to purify us, bless us, and put our feet firmly on the path to liberation. Yet when God himself went against their religious customs, they preferred to cling to their customs rather than to God. Thus again and again we drive God from our midst. A disciple is expected to choose between truth and convention. Blessed were those who had no other rule than obedience to Bhagavan.

It was clear that Bhagavan was trying to each us the simple lesson that in his presence no rule was valid except the rule of absolute surrender. But it was not an easy lesson to learn. Again and again old habits and loyalties would assert themselves and make it our will against his, to our greatest harm. . . .

Bhagavan was neither a rebel nor a reformer. He did not discourage people from following their religious custons at home, but in the ashram he would not take all the customs for granted. At Ramanasramam he was both the religion and the custom, and those who forgot it had to face his very strong will!

pg. 236-239, account of Subbhalakshmi Ammal from the chapter “Kitchen Workers” in book 3 of The Power of the Presence: Transforming Encounters With Sri Ramana Maharshi, Part Three, edited by David Godman