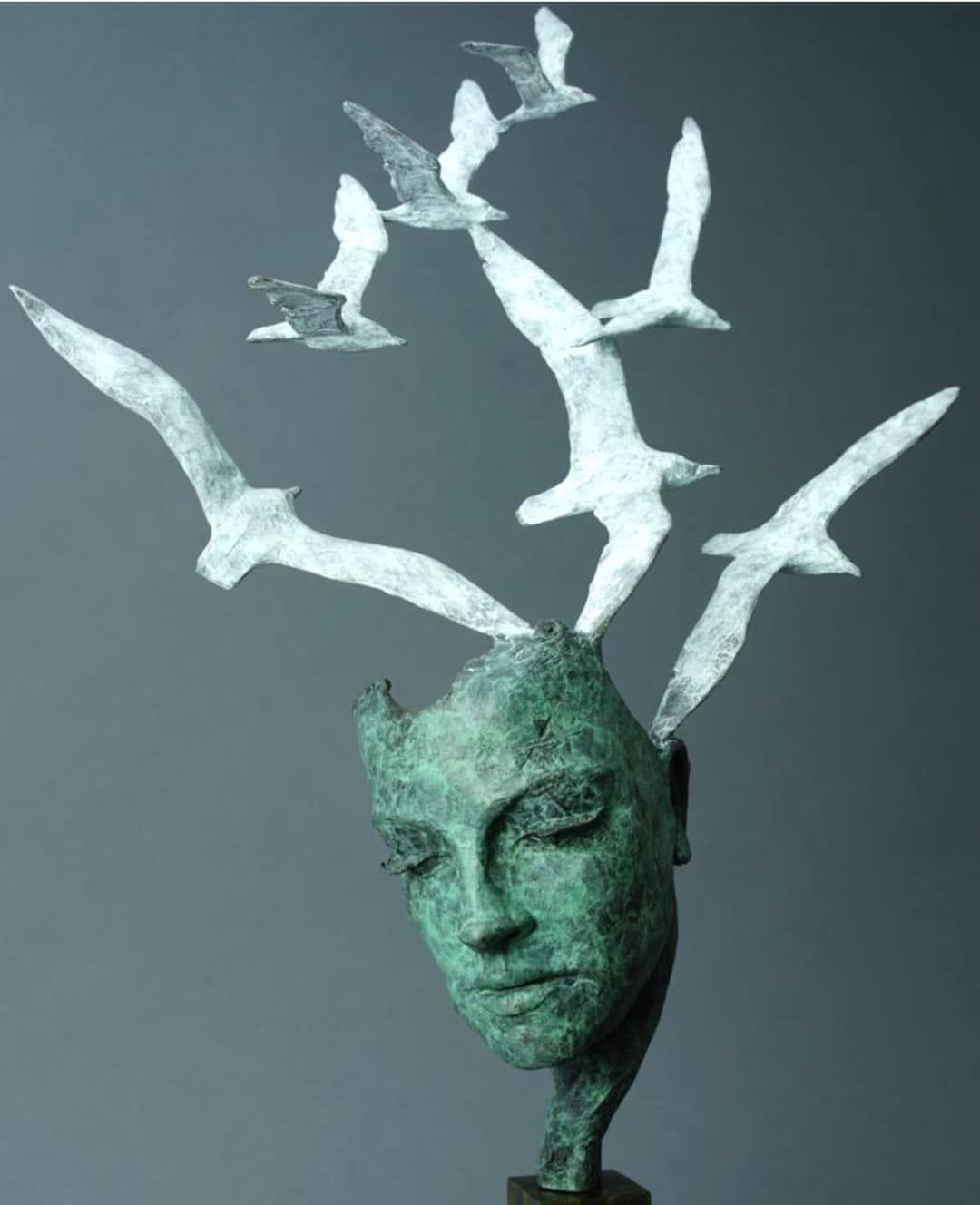 Tara woke up with a heavy pain in her chest. It was as if a stone had been kept upon her heart permanently. An unnatural grief spewed from it into the remains of the day. Anxiety had already taken away any structure the day could have had. Before she could even reason out getting out of bed, she began hyperventilating. Her husband woke up suddenly hearing her cry. He coaxed and comforted her. He held her close. He caressed her head gently. She subsided back to bed under the weight of Love.

When the chores of the day were almost over, she took to her chair. Maybe she’d be at peace from her thoughts, after the tiring house work. What began as a pleasant thought turned into a torrent of torment. She was questioning the value of her life and everything if anything valuable in it. Did her parents love her? Why didn’t they care enough? Would she ever be able to let go of the past? Was her marriage falling apart? Did she even love John anymore? You see, what could have been a flinching discomfort for many turned into an episode for her. She began hearing voices; each competing to be be louder than the others. She began to talk back to them assiduously, hoping they would hear Reason and subside. Timid as she was, she was soon overthrown from her sanity by a barrage of thoughts, images, voices, emotions, fears and delusion. Soon enough she was muttering words and uncontrollably crying. Maybe she could divorce John and live a solitary life? Maybe she didn’t love him anymore? Drinks…I want to drink. Fuck. Beg. Destroy myself.

I love him, he’s the most loving person I know of. Maybe I’ll be stable with him. Maybe I’ll be happy with him. Maybe it’s the disorder not him or even me. When she was a bit alive, a bit awake, she’d reason out to herself thus. That it was not fair to blame the marriage for all her shortcomings. Hadn’t she heard these voices before as well? Hadn’t she withdrawn into her head much early on? I will not smoke, I will not. I’ll try to stop after this one. Let me at least smoke this one in peace. I’ll be better.

On Wednesday afternoon, right when the sun was at its hottest and everything seemed to be in a state of torpor, Tara gently slipped from one delusion to another until she felt that the end of her world was near. What’s happening? Why isn’t it stopping ? Nothing happened…everything is still…why am I feeling this? John was still on his way home, he had left office immediately after her call. He rushed to the  flat and found her delirious laying on the floor beside a stack of pills.

At the hospital, John tried to assuage her hands as she lay unconscious. He was silently weeping, talking to her as if she were listening. If only, he could give her whatever she wanted. If only, he could heal her or better change her life somehow. Maybe even grant her separation, if that’s what she truly wanted. As he glanced over his watch, he heard the door to the cabin slightly open. He gathered himself and swiftly went to greet Tara’s mother. Mummy ji was inconsolable and rushed to the patient’s bed. Following her was dad, who after talking to John, was woefully glancing over his daughter. It had been five years since they all had last met. Mishra ji, as John called him, had never supported John and Tara’s marriage. When the marriage did take place, he made sure that the bride’s family entirely boycotted it. Tara’s attempts to reconcile with him had been traumatic and demeaning for both the parties involved and although no harm was meant, only harm was done by Tara’s hopes of reconciliation. Both the parents were not aware of her deteriorating mental health in the past few years. As they patiently waited for their daughter to awaken, Tara was roused from sleep by a nurse for the next shot of lithium. Her eyes welled up as soon as she sensed the presence of her parents.

I feel better but what if it gets worse? What if it happens again tomorrow? Why are you wasting your life over me? On her way back from the hospital, Tara was thinking again, trying not to think, spying on John to see if he knew that she was inside her head again. He would look at her intently, hold her hand, relieved hoping that the medication would take care of what we could not. On the way back home, he thought about the first time she actually  talked to him. “Eda” she had lovingly  called out to him, imitating the Malayalee commie talk of the university, “lets go out for a chai?”

(to be hopefully continued:)