Is Devotion for Lazy People?

By which I am soon pleased, that's my bhakti (devotion) only (which gives happiness to the devotees.)

I posted following as an answer to a Quora question – “Many people describe Bhakti yoga as a path for lazy devotees. What is your view on this?”. Got to read it again based on upvote notification from Quora. A thought of sharing it with people of our OS.ME platform arose – so here it is:

Bhagavan Ram says to Lakshman: By walking the path of dharma (one’s natural duty) a human being attains dispassion, with yoga he attains knowledge and with knowledge he attains liberation as described by the Vedas.
But By which I am soon pleased, that’s my bhakti (devotion) only (which gives happiness to the devotees.)

Bhakti is independent in its own right and all knowledge and sciences come under bhakti.
Ramcharitmanas and translation from Mahapurusha Suktam 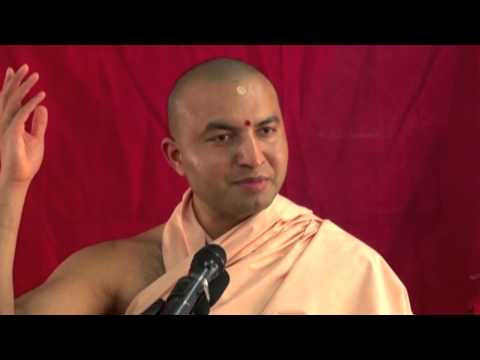 Sincere and pure bhakti leads to the bhakta (devotee) inheriting the attributes of the object (deity) of devotion. What a yogi attains through yoga or a gyani attains through knowledge bhakta attains by the grace of his ishtha.

Self-purification – rising above vikaras (afflictions) like lust, anger, greed, attachment, ego, envy, jealousy, fear etc. – is the purpose of all paths, only then one experiences one’s true, eternal divine nature. Ego – that makes one selfish – is at the root of all these vikaras.

There’s a great struggle for the former two – meditating yogi and gyani – in subduing the ego.

For those whose minds are attached to the unmanifested, impersonal feature of the Supreme, advancement is very troublesome. To make progress in that discipline is always difficult for those who are embodied.
BG 12.5

but for a bhakta, absolute surrender to the ishtha is a precondition of bhakti which easily leads to elimination of the ego that binds men.

For one who worships Me, giving up all his activities unto Me and being devoted to Me without deviation, engaged in devotional service and always meditating upon Me, who has fixed his mind upon Me, O son of Prtha, for him I am the swift deliverer from the ocean of birth and death.
BG 12.6-7

Yes, Bhakta takes it easy – he doesn’t try to control his life – he just performs his prescribed duties and leaves the fruits/results thereof to the lord. He may one day sleep on Rs. 50000 mattress while the very next day he may be sleeping on the stone floor – he accepts everything unconditionally as the wish of his lord. 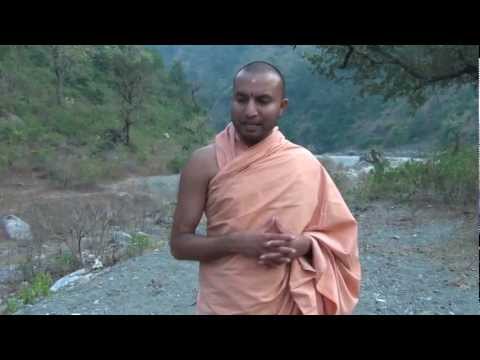 It is no doubt necessary to practise spiritual discipline; but there are two kinds of aspirants. The nature of the one kind is like that of the young monkey, and the nature of the other kind is like that of the kitten. The young monkey, with great exertion, somehow clings to its mother. Likewise, there are some aspirants who think that in order to realize God they must repeat His name a certain number of times, meditate on Him for a certain period, and practise a certain amount of austerity. An aspirant of this kind makes his own efforts to catch hold of God. But the kitten, of itself, cannot cling to its mother. It lies on the ground and cries, ‘Mew, mew!’ It leaves everything to its mother. The mother cat sometimes puts it on a bed, sometimes on the roof behind a pile of wood. She carries the kitten in her mouth hither and thither. The kitten doesn’t know how to cling to the mother. Likewise, there are some aspirants who cannot practise spiritual discipline by calculating about japa or the period of meditation. All that they do is cry to God with yearning hearts. God hears their cry and cannot keep Himself away. He reveals Himself to them.

The Gospel of Sri Ramakrishna