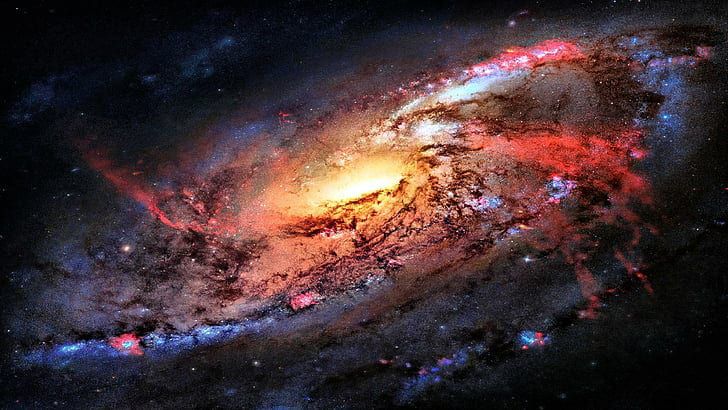 Is the Universe Real?

Making things happen for you! Rethinking the idea that makes you think it is for real!

So let us come to the view point could parallel Universes be physically real?

The Universe is out there, waiting for you to discover it! We can possibly imagine a very large number of probable outcomes that could have resulted from the conditions. You have likely imagined it before: that another Universe is out there, just like this one. In which all the random events and chances that brought about our reality exactly as it is played out just the same!

Except say for right now, when you made one fateful decision in this Universe, you took an alternate path in this other Universe. These two Universes, which ran in parallel to one another for so long, suddenly diverge.

Perhaps our Universe, with the version of events we are familiar with, is not the only one out there. Maybe there are other Universes, say with even different versions of ourselves, different histories and alternate outcomes from what we have experienced. This is not just mere fiction, but one of the most exciting possibilities brought up by theoretical physics!

Here is what the science says about whether parallel Universes might actually be real.

If you learn nothing else about the Big Bang, then it should be this: the Universe was not constant in space or in time, but rather has evolved from a more uniform, hotter, denser state to a clumpier, cooler and more diffused and scattered state today. As we cascade towards earlier and further earlier times, the Universe appears way smoother and with fewer, less-evolved galaxies. As we look to later times, the galaxies are larger and much more massive, consisting of older stars, with greater distances separating galaxies, groups, and clusters from one another!

This has indeed given us a rich Universe, containing many relics from our shared cosmic history, including: many generations of stars, an ultra-cold background of leftover radiation, galaxies that appear to recede away from us ever-more-rapidly than more distant they are.

This is with a fundamental limit to how far back we can see. The limit to our cosmic perspective is set by the distance that light has had the ability to travel since the moment of the Big Bang. However, this in no way means that there is not more Universe out there beyond the portion that is accessible to us!  In fact, there are both observational and theoretical arguments that point to the existence of much more Universe beyond what we see: perhaps even infinitely more!

So a Finite Universe would display a number of telltale signals that enable us to determine that we do not live in an infinite sea of space time. We would measure our spatial curvature, and could find that the Universe was shaped like a sphere in some way, where if you travelled in a straight line for long enough, you would return to your starting point. You could look for repeating patterns in the sky, where the same object appeared in different locations simultaneously! You could measure the Universe’s smoothness in temperature and density, and see how those imperfections evolved over a period of time.

If the Universe were finite, we would see a specific set of properties inherent to the patterns that the Big Bang’s leftover temperature fluctuations displayed. Instead we see a different set of patterns, teaching us the exact opposite: the Universe is indistinguishable from being perfectly flat and infinitely large!

Is it possible that there is a Universe out there where everything happened exactly as it did in this one, except you did one small thing different, and hence had your life turn out incredibly different and divergent as a result?

Where you chose the job offered overseas instead of the one that kept you in your country?

Where you stood up against the bully instead of letting yourself being taken advantage of?

Where you happened to kiss the one-who-got-away at the end of the night, instead of letting them go?

And finally where the life-or-death event that you or even your loved one faced at some point in the past had a distinct outcome?

Let us put perspective to a Multiverse?

Although we cannot prove whether inflation went on for an infinite duration or not, there is a theorem that demonstrates that inflationary space times cannot be extrapolated back for arbitrary amounts of time; they have no beginning if so, and are called past-timelike-incomplete! Inflation may give us an enormously huge number of Universes that reside within a greater multiverse, but there simply are not enough of them to create an alternate and then parallel you. The numbers of possible outcomes do increase too fast for even an inflationary Universe to contain them all!

In all the Multiverse, there is likely only one you. You must make this Universe count, as there is no alternate version of you.

Take the dream job. Stand up for yourself. Navigate through all the difficulties with no regrets, and go all-out every day of your life. There is no other Universe where this version of you exists, and no future awaiting you other than the one you live into reality. So make it count fully!

Fake Universe versus Real Universe and How to verify it?

This particularly demands a superhuman intelligence to answer and could be forever beyond our capacity. If you do take seriously the theory of all possible universes, including all possible variations; at least some of them must have intelligent civilizations with enough computing power to simulate entire fake worlds.

Simulated universes are much cheaper to make than the real thing, and so the number of fake universes would proliferate and vastly outnumber the real ones!  Assuming we are just typical observers, we are overwhelmingly likely to find ourselves in a fake universe, not a real one.

While multiple universes seem almost inevitable given our understanding of the Big Bang, using them to explain all existence is a dangerous, slippery slope, leading to apparently absurd conclusions!

The simulation hypothesis is not an alternative to theism or atheism. It could be cited as a version independent of whether God exists. While the simulation argument is not an attempt to refute theism!  It implies a weaker form of a creation hypothesis, because the creator-simulators would have some of the attributes one traditionally associates with God in the sense that they would have created our world.

They would be super intelligent, but they would not need unlimited or infinite minds. They could intervene in the world, our experiential world, by manipulating the simulation. So they would have some of the capabilities of omnipotence in the sense that they could change anything they wanted about our world.

So who has created the Universe inconclusive theories…

Even if this universe looks like it was created, neither scientists nor philosophers nor theologians it could easily distinguish between the traditional creator God and hyper-advanced creator-simulators. Though that eventually leads to the old regress game and the question of who created the (weaker) creator-simulators. At some point, the chain of causation must end; although even this, some would dispute.

Humanity is living in a whole-world simulation. The simulation argument seems to work, what it seems to do is to uncover deep discrepancies, or fundamental flaws, in how people think about deep reality in turn about this universe, multiple universes, consciousness, and even inferences for and against theism!