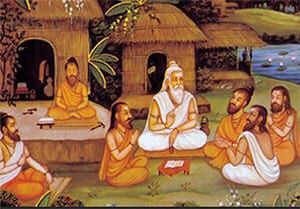 It is Hard Being a Hindu

One fine day, suddenly this thought came to my mind. I am not a Hindu because I am born to Hindu parents. I need to learn more about Santana dharma, it’s scriptures, understand them, follow them, and excel in my life. I was very excited, That day I didn’t realize how fast I will lose this enthusiasm. Initially, problems were small but they gathered steam. All kinds of problems came. I realized there was a big avalanche coming next.

I knew the importance of Vedas and that there are 4 Vedas, nothing beyond that. I didn’t even know if they existed in print form as I have not seen any in the library. Then through lectures of Swami Sarvapriyananda I learned about Upanishads (108). (In his recent post Om Swami mentioned about it). I dint even had the courage to buy one leave alone learning. Then I came to know that there are Shruthi, Smriti, Agamas, Vedanga, ithihasa, purana, dharma shastra and many more.

A few months back learned about Vigyan Bhairava Tantra through lectures of Sadguru. I was very impressed. Bought a book by Lakshman Joo and read e version by Osho. Both were very different. I finished one book, don’t want to reveal which one. The interpretation of both authors was very different. Not just Vigyan bhairava tantra, most scriptures had this issue. As I don’t know Sanskrit it posed a big challenge. Now I am really not in a portion to learn another language. Many say Max Müller translations are good, some say he had an agenda. So which scripture to read and whose commentary?

Most of my life I was thinking there were only 2 sects (other than jathis), Shaivism and Vaishnavism. Then I learned about Devî worship.  As I was interested in Lord Siva. I researched about it and then found various paths inside them. Aghoris, Nath sect, Kashmir Shaivism. Then I understood there were many schools of thought like Mimamsa, Sankhya, yoga, Vedanta. Phew 😅. I learned about these through Rami Sivan in Quora. If this was not enough, there was Raja Yoga, Bakthi Yoga, Karma yoga, Kriya Yoga.

I shortlisted a few scriptures to follow. Bhaghavat Gita, Yoga Sutras of Patanjali, Vasista Yoga, and Vigyan Bhairava tantra. Vigyan Bhairava Tantra I finished, others still trying to read. Trying various methods, books, lectures, videos. I got lots of insight about Baghavat Gita through YouTube lectures of Jijnasu, I learned about Yoga sutras of Patanjali through the Sanskrit channel on YouTube, but when I tried I couldn’t read them. I learned a lot because of them Although I appreciate these scriptures and these revered people and I hold them in high esteem. The moment I take these scriptures to read by myself, I will close them within 15 minutes, to honestly tell, One thing I gained is my Insomnia is gone.

Then I decided to learn specific practices like Meditation, Yoga, that is when I came across Kundalini, Again I was staring at another problem. Mysticism. Sanatana Dharma is beautiful and they teach very simple and profound things. Its teachings are deep but it seems people are more interested in mysticism. As if this was not enough then I always was forced to take decision consulting Astrology, Gemstones, and Vastu. I never understood the logic behind these things and If these things are true, why should I work and why should I Pray? I read books of Om Swami on Meditation and Kundalini. I was happy that finally at least one puzzle was solved. I took them as my base and researched more about meditation and finally started doing meditation.

I was in for a rude shock in social media. There was so much propaganda against Sanatana Dharma. Non Believers were constantly attacking my beliefs.

Everything came under attack and I never had proper answers. I was losing my faith in Sanatana dharma. One of my friends is on the verge of converting to Islam. I couldn’t convince him.

In his latest Video, Om Swami says, “ By the time a person understands single-pointed concentration, most of the time, it is time to leave the world”. How true the words are. Then when am I going to learn about Sanatana Dharma?

Now I am pretty sure that all my doubts will be cleared, it is a matter of a book or two. A person who has learned Scripture, who doesn’t give importance to mysticism, who is not boring will do it for us.

We all know who he is.

The Orange Hara Express
How do you become a writer?