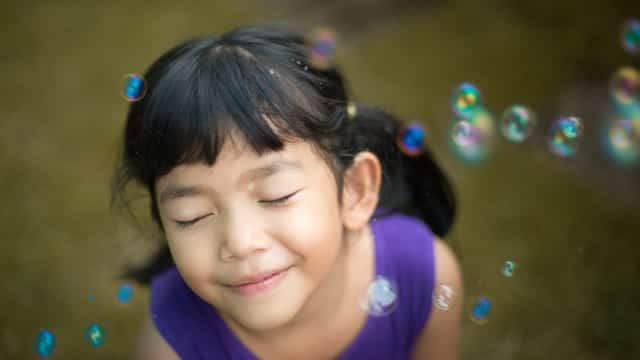 Lessons on contentment from a beggar

A squeaky and long bell would ring when any visitor pressed our door bell, and I would go rushing to see who was at the door. Sometimes it was an acquaintance, and other times, those to collect payment for electricity, newspaper, etc.

Come Sunday, and the monotony would break. Around mid-morning every Sunday, the bell would ring and visible behind our main gate would be a short-height, frail, old beggar. She would place herself in a way so that you’d see her only if you went near the gate, after which she’d ask for alms. I’d signal to her with my hand to wait and I would run back in the house shouting “budhi amma ayi hai” ( the old beggar has come), and on the instructions of my elders, gives her alms.

She was a unique one. A lot of other beggars I had seen in the marketplace or those visited to our house would try to negotiate alms, and would usually ask for more money so that they can bless us.

This old beggar (budhi amma) was the first content lady I met; not once did she ask for even an extra penny ever! Be it a rupee coin, 10rupee note, or clothes, she accepted them all with the same level of contentment, followed by her shower of blessings, “Beta , Bhagwan tumhe khush rakhe… (child, may god keep you happy)…” It was a nonstop trail of blessings which I could hear till I entered my house.

I used to wonder where she came from, where her family was, will the money be sufficient for her, does she have a house, why doesn’t she negotiate alms, etc. Back then, these were just transitory questions but now when I think of her I realise that maybe she was making peace with her situation. Maybe she was able to fulfil her basic needs and thus was content with whatever she was receiving. Probably this was the reason she would sometimes get more alms from elders randomly, either during the festive season or winters (maybe it was a RAK on their part 🙂 ). The last I saw her was in 2015, all these years of brief encounters with her made me aware of satisfaction.

This takes me to another incident with helped me understand the importance of contentment. It was around 2007, my aunt and cousins were visiting us from Canada. Being part of the developed West, they had access to variety of apparels, accessories, food items, etc., of great quality as well. India at that time was entering that phase and shopping malls had started to become fashionable. I

t was with all of them that I visited the mall for the first time with my family. I was in awe of all the big stores with dresses, shoes, watches, the coffee aroma and, yes, the escalator! It was in one of the shops where my cousin was insisting on buying a pair of sandals for herself despite my aunts resistance. Contrary to popular culture my aunt didn’t scold her or warn her, rather she asked her one simple question: think about it, is it a need or a want? You already have sandals back home. I can buy you shoes instead because that’s what you need for now.

That got me thinking about how right she was, she didn’t even get angry, rather just put a simple and valid question which stopped any further argument. Since then, this concept remained with me. I used it to try and analyse many situations.

Both of these incidents when connected together seem to offer one strong advice on contentment. In the present world laden with consumerism, we all tend to slip from our needs and travel to our wants and end up buying things which we might never use.

More than material and tangible things we also crave for the intangible, i.e., the concept of ‘what next’ and ‘it could have been better’. Even though we all must work towards being better at our work, yet we are constantly thinking of the future or cribbing over the past .We must try and make peace with the present ‘alms’ we have and who knows we might receive a RAK in return for our contentment, just like the old beggar getting some extra ones for her satisfaction!