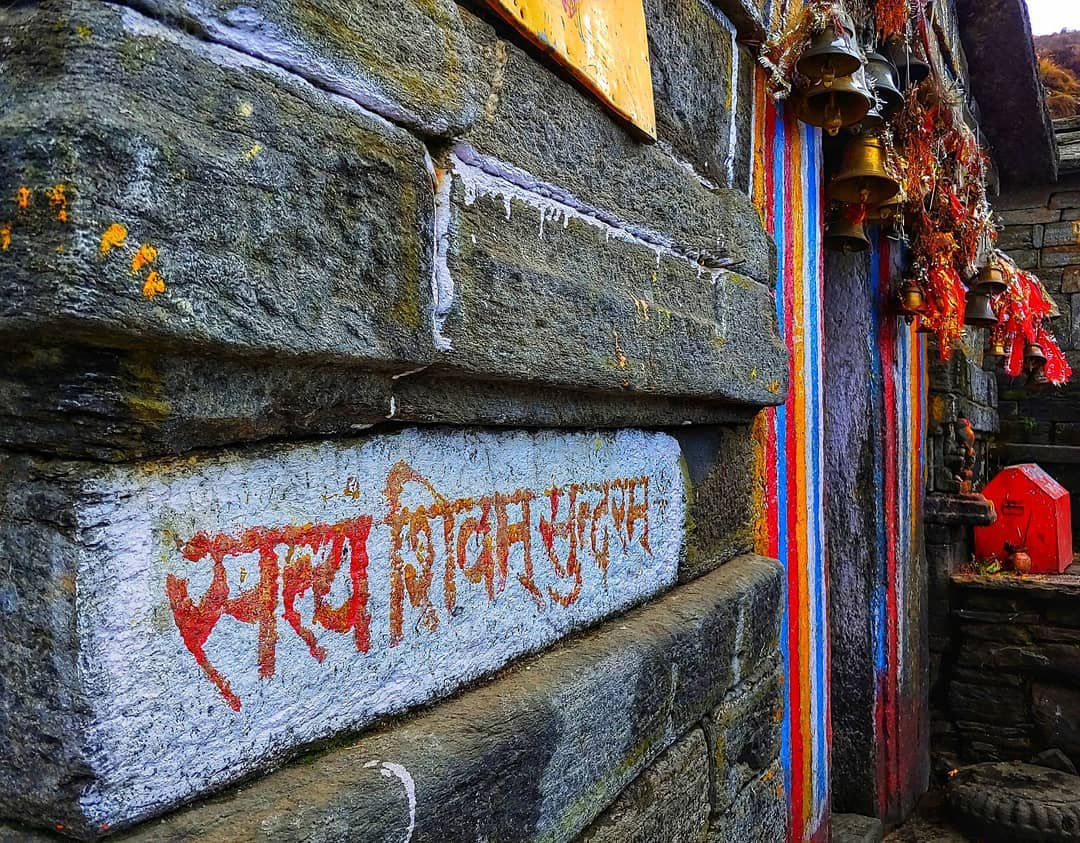 Experience of Trekking to one of the highest Shiva temples in the world!!

It was May 2018. 4 friends including me, planned a Yatra to Tungnath. Located at an altitude of 3,470 m (11,385 ft) above sea level in Rudraprayag district, in Uttarakhand,  it is the third Kedar temple in the pecking order of Panch Kedar and one of the highest Shiva temple in the world. The trekking distance from the base to the temple is 6 to 7 km, but the high altitude adds to the challenge.  We prepared ourselves for the moderate trek by climbing stairs with backpacks and brisk walking on an inclined Treadmill.

Our journey was from Delhi to Haridwar, Haridwar to Chopta, and  Chopta to Tungnath.

Early Friday morning(5 a.m.), we drove from Delhi to Haridwar. We halted at Haridwar to soak into the calmness of River Ganga and for some hot jalebis.

After a quick dip in Holy Ganga, we started our drive to Chopta, also called Mini Switerzland of Uttrakhand serves as the base location for the ascend of Tunganath. We reached there by 7 p.m. on the same day and stayed at Hotel Snow point.

The next morning at 6 a.m. we left our hotel and drove to the base location. By 9 a.m. we started our ascend to Tungnath with a Jaykara “Har Har Mahadev”. The trek has carved stoned paths till the temple entry so trekking is not a problem. People of all age groups can do this Yatra quite easily, also I saw the elderly on Pitthos/Horses. This pilgrimage has very little foot-fall due to being an unknown/lesser-known Kedar, but it is moderate, picturesque, and extremely gorgeous. We saw beautiful meadows, majestic snow-packed Himalayan peaks,  enchanting flora-fauna, Gorgeous birds (Monal ), and met charming Bhutia dogs (Himalayan-Mastiff). My heart ached seeing packets of chips and Liquor cans/bottles on way. But that’s how it is.

As we had reached the midway, the sky turned dark, it started to rain pretty heavily and a hailstorm greeted us. We halted for a bit for the weather to improve to resume the trek. We reached the top by 1 pm. We were trekking quite slow, to tell the truth, as we were busy clicking pictures and bad weather added to the delay. At the temple entrance, as I took my socks off,  my brain and entire body just froze to death as the stone-carved temple floor felt extremely-extremely cold due to altitude, heavy rain, and hailstorm. The thoughtlessness which one achieves after years of meditation, The temple floor gave me in a fraction of a second. The very next moment I was hopping like a mad-monkey on one foot, or to say I was back to my usual self.

With Snow clad Himalayan peaks in the background, a Dark sky, A flying- Saffron Flag, Rain, Hail-storm, A beautiful Shiva temple decorated with flowers, and Shiv Tandav Strotam sung by our beloved “Om Swamijee” playing in my headphone. What could I have asked for more?

We had our darshan inside the dark stone-made beautiful sanctum sanatorium and were given a yellow forehead mark. Due to extremely bad weather conditions, we couldn’t climb further to Chandrashila peak. It is a nearly 3km trek from the temple top. Legend is Ravaana had meditated there. Amidst heavy rainfall and thunderbolts, we began our descend and were at the base by 5 p.m.

I am signing off with pictures of this beautiful Yatra, A beautiful Shiva Hymn (Rudrashtakam) sung by super talented Sonu Nigam and beautiful lines from Shiv Tandav Strotam

Tired rampaging across the earth,
The great demon king Ravana made a poignant cry to Shiva
“When will I be happy?

I take great pride and responsibility in being a disciple of one of the rarest being to grace this earth His Holiness Shrimaan Om Swami. His Name is my real identity and His color orche is colour of my soul. Om shree matrey namah.

CURD RICE
The Symbolism of Shiva