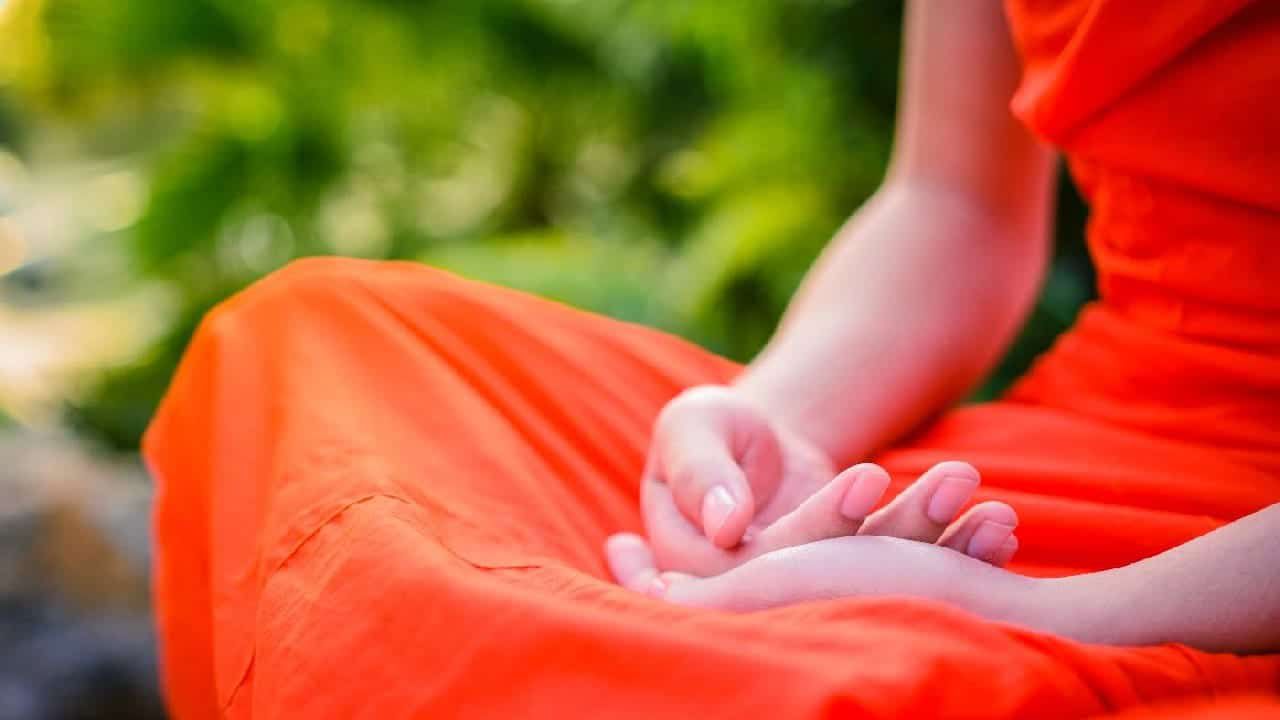 The man who individualised spirituality

A mere weaver has defeated me.”)

This is how Malik Muhammad Jayasi, an Indian Sufi poet from the 15th-16th Century, venerates the Bhakti of Kabir, calling him greater than Deva rishi Narada, considered the greatest devotee of Lord Vishnu. Interestingly, Kabir broke away from traditional knowledge-seeking and organised sects to focus on self-search and self-purification.

In Search of Self Realisation

Born in a family of Muslim weavers, Kabir’s spiritual search took him to several places. It is not difficult to imagine that the traditional Vaishnava sect would not have welcomed him with their unwavering rootedness in class division. Kabir was doubly removed: neither was he a Hindu nor a Brahmin. However, he did find Guru Ramananda, who had rejected class hierarchies and preferred vernacular language over Sanskrit. While maintaining a deep respect for his Guru, Kabir carved his unique path giving importance to knowledge gained from experience. He did not accept the diktats of organised religions or established texts. His was an intrepid, independent voice that highlighted the hypocrisies of organised religion and society.

“The Hindus say Rama belongs to them; The Turks claim Rehman (Allah).

Both fight mindlessly amongst themselves; none of them realises the essence.”

Kabir used poetry as a tool to critique superficiality. He raised pertinent questions about social injustice and inane ritualism.

“An era has gone by in telling a rosary; the restlessness of mind hasn’t settled.

Leave the beads in hand and turn the beads of your mind.”

Kabir is an astute observer of human nature, picking up metaphors from everyday life to explain esoteric concepts. He compares the transience of life to a bubble. A vain person is like a tree that grows tall but gives no shade.

Kabir wonders about the human body and behaviour, life and death. His poetry is replete with questions and pushes the reader/ listener to introspect about the whys and wherefores of life. Let’s listen to a Kabir Bhajan by the famous Kabirpathi singer Prahalad Tipaniya. In the bhajan, Kabir lays down questions and points out hypocrisies. You can also check out the Ajab Shahar -Kabir Project here. 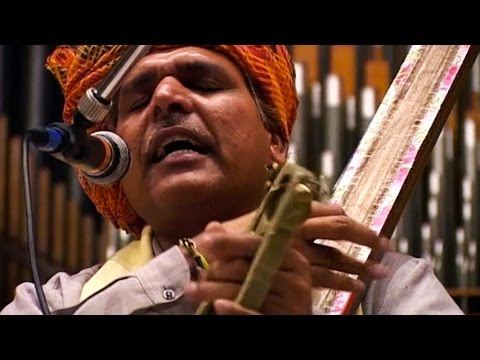 Before meeting Ramananda, Kabir went through several paths. The formative years of his journey were spent in the company of some Shakta practitioners, where he felt disillusioned with the practices and rituals of the sect. He probably came across fake practitioners who misused Shakta practices for hedonistic means and not spiritual search. Nevertheless, the experience made Kabir bitter, and he remained a harsh critic of the Shakta sect.

The Hindi writer and scholar Hazari Prasad Dwivedi argues that Kabir’s ancestors had been Nath Panth followers before converting to Islam. The influence of the Nath sect with its Buddhist and Shiva traditions is evident in his work. Kabir highlights the importance of ‘Sahaj’, a possible derivative of ‘Sahaja siddhi’ (a state of spontaneous enlightenment) from the Nath tradition. He also shows an affinity for Vaishnavas.

Kabir borrows concepts, terms, and words from various spiritual traditions as a poet and writer, making them his own. For example, Kabir’s Rama is not a reference to the Rama of Ayodhya, the incarnation of Lord Vishnu. His Rama is the universal consciousness he experiences within him and in everyone and everything around him. In fact, he says:

“There is the divine in everyone, irrespective of their gender.

Kabir is the child of Ram and Allah, and his master is Hari.”

He often refers to the divine as ‘Hari’, ‘Raghunath’ ‘, Gobind’, the formless or Nirguna swaroopa. Kabir’s devotion is to make himself fit to receive ‘Ram’. He often refers to the body as ‘chadariya’ or a ‘sheet of cloth’ and claims to wear it with such mindfulness and care that it can be returned spotless to the creator.

To Kabir, self-realisation is not an ultimate stage but an ongoing process; it is the everyday mindfulness of erasing the idea of ‘other’ and recognising the divine in everything. He plods through this challenging path with the help of his four keywords.

Kabir relooks at Purushartha Chatushtya (the four pursuits of life as per Hinduism) and simplifies them by giving his characteristic twist. As per the fourfold ideals, Dharma (righteousness), Artha (prosperity), Kama (desire, love) and Moksha (liberation, self-actualisation) are cited as the aims of human life. Kabir coins four keywords for spiritual living: Prem (love), Vivek (wisdom), Sahaj (naturalness or ease) and Ram.

For Kabir, ‘love’ is the way of expanding the self. The idea of love is intricately woven with Vivek, or wisdom used to distinguish between right and wrong and reflect on experiences. Vivek helps to sift through ideas and reject outmoded concepts, caste discrimination being one of them.

Vivek must be exercised consistently and with such mindfulness that it becomes Sahaj or almost natural to the practitioner. Compassion, sensitivity, and inquiry become effortless or natural with regular practice. By leading such an inward-looking life, Kabir aims to attain Ram — the divine beyond attributes, the supreme spiritual state. Such steadfastness leads Kabir to a state of oneness with the divine, as evident in his poetry.

Now Hari goes after him calling out, “Kabir, Kabir”.

Let’s look at a few Dohas that highlight the importance of self-purification, conduct and gentleness of speech. Here is an audio-video of the same. 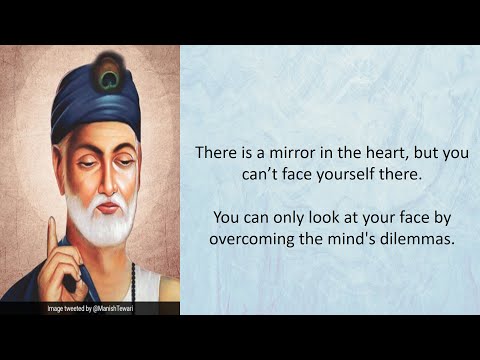 There is a mirror in the heart, but you can’t face yourself there.

You can only look at your face by overcoming the mind’s dilemmas.

The tendency of ‘I, Me, Myself’ is like a plague; run away from it if you can.

Tell me, my friend, is it possible to safeguard fire (vanity) in a goblet of wool?

In other words, vanity and arrogance can burn one’s life.

You laugh out looking at others’ vices.

Never are you reminded of your flaws that have no beginning or end.

Your God resides in you; wake up to this fact if you can.

Love has illuminated my body. My inner world has lighted up.

The musky aroma suffused in my mouth springs forth in my words.

So confident was Kabir in his lifelong piety and practice of self-purification that he believed his Ram to accompany him wherever he went. So, in a rebellious move, Kabir left Kashi to live in Maghar (a small place near Kashi). In popular belief, living and dying in Kashi ensured salvation, while passing away in Maghar would ensure rebirth as an ass. Challenging the notion, Kabir shifted to Maghar towards the end of his life. He says:

People are dim in intellect.

If Kabir gives up his body (dies) in Kashi, what is Rama’s grace in that?

I have progressed in this life and changed as a person.

The way once water merges in water, it’s difficult to separate it

Similarly, this weaver has merged with the divine (Hari).

This is not unbelievable for someone who aligns his mind with Bhakti.

With Guru’s grace and the company of saints, this weaver won over this world.

“Listen to me, noble people”, says Kabir. “Do not doubt it at all

Maghar is just like Kashi if you carry the divine in your heart.”

Some scholars propose that Kabir moved to Maghar because of the socio-political conditions in Kashi. Kabir’s unconventional thought process gained popularity amongst the masses, unpalatable to Hindu and Muslim clerics. To safeguard his followers from any penalty, it is believed that Kabir tactically moved to nearby Maghar. Theories abound. Kabir is hailed as a Nirguni saint, a spokesperson for the marginalised, a social critic and an honest poet. Kabir never wrote to gather followers. He was writing, discovering and documenting his truth. True knowledge resonates with everyone. No wonder he found followers across sections. It would be foolish to fight over historical details, to indulge in hair-splitting over the meaning of his poetry, for then all of us would be falling into a trap that Kabir warned us against. One must live in the world, gather knowledge, test it, and then arrive at one’s truth. The spiritual search is, after all, a singular journey. Time and again, Kabir reminds us that. 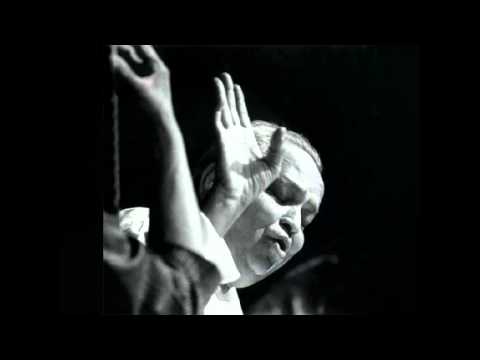 It was my first visit to Sri Bhadrika Ashram in December 2021. Swami chanted a Kabir Doha during one of the discourses.

I still remember the stillness in his gaze as he uttered it. I stopped in my tracks. Somehow the meaning just flowed as truth without any explanation. In certain moments you feel you’ve been given a thread you must follow. I came back vowing to find more about Kabir. As fate would have it, I came across the same Doha again in another discourse (video) by Swami. He was painstakingly explaining the idea of turning inwards to experience the divine. I was overwhelmed by Swami’s persistence and love. This article is my humble offering to him.

My deepest gratitude to the writer Mr Pushottam Agrawal for his fantastic book “Kabir, Kabir”. Thank you, for making Kabir somewhat accessible through your outstanding work.

Kabir is a vast ocean. A novice like me can only take a few dips in it and come out soaked in love. I claim no knowledge but immense love for his momentous work. Please pardon any mistakes or inconsistencies.