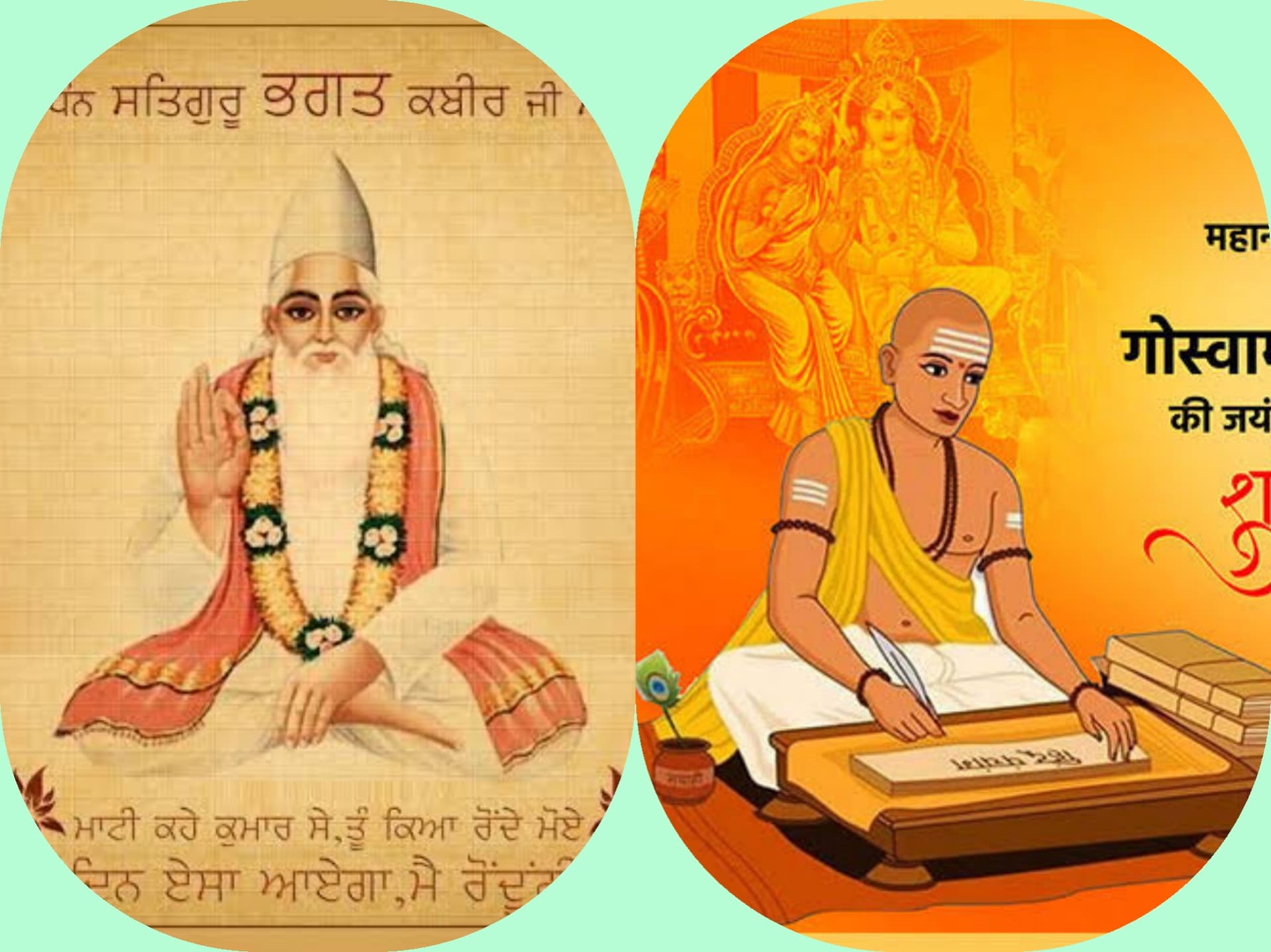 Some Great Verses on Warning.....

What Saint Kabir and Tulsidasji has written, for the welfare of human being have a profound impact on lives of a large number of people from a long span of time.

Meaning:- Life is momentary, not for ever. There is a fair of few days in which to celebrate happiness for some time. Once the departure from here, this city, its streets and its ghats will not be seen again. Life is fleeting and has been given for Hari Bhajan, no matter how it is spent, it is not found again by anyone, so every moment of life should be dedicated to Hari Bhajan.

Meaning:-People who always had festivals, whose elephants were tied at the door, they have lost everything in the absence of Hari’s name, have wasted the precious time of human life. What Kabir should do? don’t wake up, one day you will also sleep, long legs will spread, there is a feeling that if you do not do Hari bhajan in life, then understand that all is lost in vain.

Meaning:- Kabir says, why do you keep sleeping in the sleep of ignorance? Acquire the awakening of knowledge and take the name of the Lord. Be alert and meditate on the Lord. The day is not far when you have to go into deep sleep, till you can wake up, why not wake up? Why don’t you remember the name of the Lord?

Meaning:- Kabirdas says that egoism has ended in me. I have completely surrendered to you and now wherever I look, you can be seen there, that is, the whole world has become Brahmamaya.

Meaning:-Kabir Saheb while addressing the soul says that as long as there is Prana (life) in the lamp of your body, you should remember the name of Hari. Just as the wick gets extinguished when the oil in the lamp is exhausted, similarly this prana will leave this body one day. Therefore, as long as there is life, remember the name of Hari. In that state, it is only to sleep in infinite sleep when pran goes away.

Meaning:- Kabir Saheb says that I am constantly saying the name of Ram. One who chants the name of Rama will be the part of salvation, he will get profit, otherwise there will be loss.

Meaning:- Kabir Das says that devotion to God and bhajan (jap) of His name is really the essence and all things are immense sorrow. Kabir says that remembrance of God through mind, word and deed is the essence of life.

Meaning:-Kabir Saheb says that the summation of all sadhanas is that name Hari holds the highest importance. Apart from the name of Hari, all other paths are the cause of suffering. The beginning and the end have all been tested/investigated, they are the cause of all sorrows. There is only one essence of all sadhana and the path of devotion, chanting the name of Hari.

Meaning:- Kabir Das says that I only think of the name Hari and do not think of anything. Those who meditate on anything other than Rama, they fall into bondage and death.

Meaning:- The soul had previously forgotten the name of Rama. By the grace of the Guru, the soul has now realized the Complete Supreme Tattva (Purna Brahm). After realizing the Supreme Soul, now the soul has chanted the name of Piv Peev (Ram Naam). Apart from the five senses, the sixth mind is also engaged in the  chanting of Hari name.

Meaning:-Kabirdas says that while remembering Ram, my mind became Rammay. In such a situation, whom should I bow now?

Meaning:-Addressing the soul, Kabir Saheb is saying that how can she sleep fearlessly. Why are you lying in the sleep of ignorance, get up and apologize for your misery. How can he who resides in the grave be careless? Sung the Lila of govind.

Meaning:-Kabirdas says that O soul! What are you doing sleeping in ignorance? Why don’t you praise the Lord? Yamraj is standing on your head. You too will become time-ridden, will not survive. Therefore, while living life, be alert and remember God.

With the roar of Kaal, the seat of the creator of the world, Brahma, also starts shaking. Therefore why are you lying in the sleep of ignorance, arise and chant the name of Hari.

Oh mind! (This is of the age of human birth) You will have to repent when the opportunity has passed. Therefore, having attained this rare human body, worship the lotus feet of the Lord with deeds, words and hearts.

Sahastrabahu and Ravana etc. (Great) kings also could not survive the mighty period, they also had to die. Those who had kept money and wealth while doing ‘Hum-Hum’, they also left here empty handed at the end (not even a penny went along)

Meaning:- Do not love the son, woman etc., considering them selfish. Oh dear! When all these will leave you in the end time, why don’t you leave them now? (Why doesn’t he still love God after leaving his attachment?)

Hey idiot ! Awake (from ignorance-sleep), love your master (Shri Raghunathji) and give up the misery of the heart (pleasures from worldly objects), (there is no happiness in objects, then from where will you get it?) O Tulsidas! Just as a fire does not extinguish (gets ignited more) by pouring a lot of ghee, so this desire also increases as the objects meet. (This can only be extinguished by the water of contentment)

Meaning:- Till now this age has been wasted in vain, but now I will not allow it to be destroyed. By the grace of Shri Ram, the night of the world has passed, now on waking up, I will not lay the bed of Maya again. I have got the beautiful Chintamani in the form of Ram Naam. I will never let him fall from the hand of my heart.

By making the test of the holy Shyamsundar form of Shri Raghunath ji, I will tighten the gold of my mind. That is, I will see whether my mind is always engaged in the meditation of Shri Ram or not. As long as I was under the control of the senses, they made me laugh at me by making me dance arbitrarily, but now when I am free, that is, when I have conquered the mind-senses, I will not make them laugh. Now, after taking a vow of my illusory mind, I will put it on the lotus feet of Shri Ram.

Searching for that infinite bliss....... https://play.google.com/store/apps/details?id=sadhaksanjeevani_hindi.com.spiritualseekerrsk


Login with Email
No Account? Create One
Gold Glitters
Feeling of Gratitude on Guru Poornima