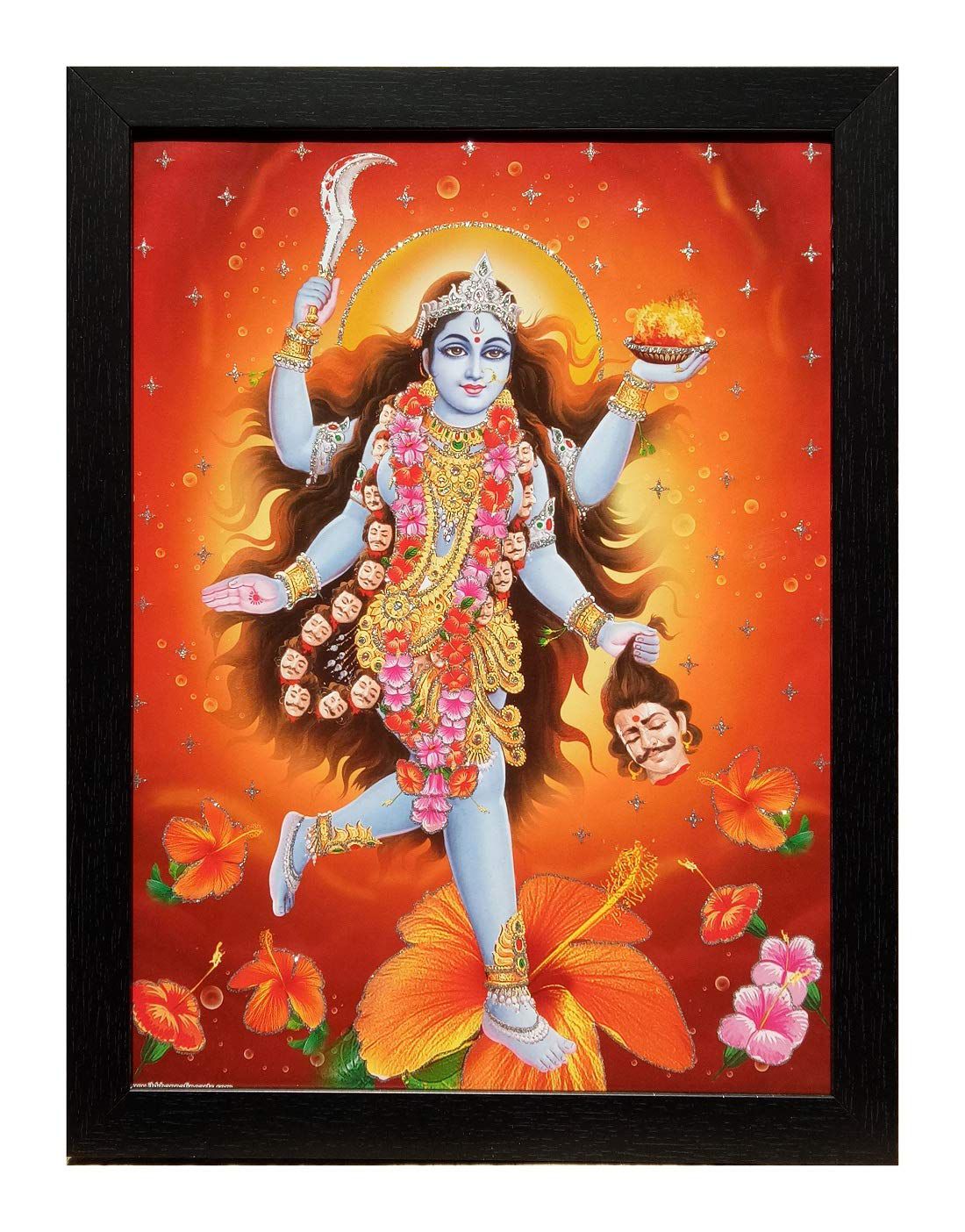 "What is here is elsewhere, what is not here is nowhere" - Visveshwara Tantra

We all know that Sri Ramakrishna Paramhamsa was a ardent devote of Maa Kali . If you have ever read, ” The Gospel of Sri Ramakrishna”. Sri Ramakrishna would sing hymns for Maa. Sri Ramakrishna  paramhamsa often sang songs composed by  Ramprasad. He was a  great Kali worshipper, a mystic poet  and a saint born in Bengal. Although Ramprasad never physically went to the Dakshineshwar Kali Temple, his influence is felt even there.  In Bengal wherever Kali is worshipped , Ramprasad’s melodious songs can he heard and his presence can be felt.  His set of poems known as “Ramprasadi”  is popular in Bengal.   Many stories revolve around Ramprasad.

For instance, he had a peculiar habit of standing neck-deep in the Ganga, deeply absorbed in the thought of the Divine Mother. And then with tears rolling down his cheeks, he’d sing one fervent song after . With his powerful voice echoed over the Ganga, Ramprasad lost himself in Kali. And in awe, people and animals would stand still to listen.

Another incident is such that one day when Ramprasad was about to go the the river for a bath, a beautiful young woman stopped him and asked him to sing a devotional song to the Divine Mother.

“Please wait. It is getting late for the noon worship,” said Ramprasad. “Let me bathe and finish the worship first. Then I’ll be happy to sing a few songs.”

But when he returned he couldn’t find the woman anywhere. He thought that this may have been play of  the Divine Mother. He sat down closed his eyes. After meditating for a while, Ramprasad began to see a glow of light all around him and heard a female voice. I am Annapurna,” said the divine voice. “I came all way from Varanasi to hear your songs, but alas, I had to leave disappointed.”

Ramprasad was extremely angry with himself. He decided to leave at once and go to Varanasi and sing for Mother Annapurna there. After walking many miles, he reached Triveni where, exhausted and sleepy, he took rest under a tree that stood on the bank of Ganges. While he was resting he saw a vision of Kali telling him to forgo the journey. Maa Kali said ,”Stay here and sing for me. Varanasi is not the only place I live; I pervade the whole universe.”

Ramprasad forgot that he was tired. Full of joy, he lost himself in the Divine Mother .Song after song echoed over the Ganges. And nature stood still to listen to the saint.

Of what use is my going to Kasi any more ?

I swim in the ocean of bliss

while I meditate on Her in my heart lotus.

All sins are destroyed by Kali’s name

as heaps of cotton are burnt by fire.

How can a headless man have a headache ?

People think, they will discharge their debts

to forefathers by offering pinda at Gaya !

But, O! I laugh at him who meditates on Kali

and still goes to Gaya!

But devotion is the root of all;

O mind! Salvation is its maid.

Of what use is nirvana?

I am fond of eating sugar.

Bemused Ramprasad says, ” By the strength of gracious

Mother, O! Meditation on Her, the wearer of dishevelled

hair, put four goods into the palms of our hands.

It is said that on the night of his death Ramprasad composed a song and that as he sang the last words of it he said ‘ It is achieved ‘ . and so died.

Tara, do you remember me any more ?

Mother I have lived happy, is there happiness hereafter ?

Had there been any other place , I could have

besought you. But now, Mother , having given  me hope ,

you have cut my bonds. you have lifted me to the tree’s top.

Ramprasad says: My mind is firm, and my gift

finished . I have offered my gift.

There are many beautiful poems composed by Ramprasad, which are filled with great emotions for Divine Mother. He can be seen talking,singing , complaining, arguing with Divine Mother through his beautiful compositions.