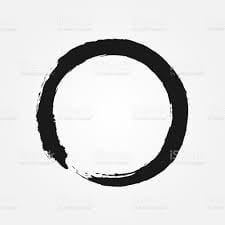 A synthesis on Karm Yog and Zen and how author understands them.

Karm Yog as we all know is enunciated by Lord Krishna in the Bhagvad Gita as the path of selfless action. There are many treatises written on the same, on the other hand the word Zen is said to have been derived from the sanskrit word “dhyan” and is part of Buddhism.

A major part of Zen talks about Mindfulness and if we look closely Karm Yog and Zen seems to be pointing towards the same truth. There are many paths to reach the ultimate truth some go with the way of bhakti, some opt for the way of gyan, some go into deep meditation, there are hundreds and hundreds of path suggested and all are beautiful in their own way and are for different  people of different temperaments, deposition etc.

However, without deriding other paths to truth the author believes that the path of karm yog and zen are best suited to this day and age. When there is a dire need of right action against the ills of the world like environmental degradation like global warming (global catastrophe is a more suited word), consumerism, mental health issues. Many other issues of poverty, fundamentalism, falsehood etc are also plaguing this world the author believes that the path of right action is the only path.

In Gita Krishna tells Arjun that the action done without emphasis on fruits of action is the right action and does not bind the person in any way. This is such a beautiful concept and the same is the concept of mindfulness in Zen Buddhism. This is the path of not carrying forward things by not obsessing or getting our emotions attached to the result of the action. We must be satisfied that we did our best because ultimately that is what one can do. Also, it can be seen that when one is not thinking about the results only then are they able to perform to the best of their capacity. Another thing that helps in not obsessing about the result of an action is not marking the result as good and bad or desirable or undesirable. Things are as they are and we must not try to put them into brackets of good or bad, this becomes easier if you are faithful and you believe that whatever happens God does it for the best. But even if you are an atheist or an antagonist you may still can see things as they are without marking them as good or bad. There is a beautiful Zen fable that can bring to home this point. Following is the story

Thus we must refrain from putting things in the bracket of good or bad as often it is true that what was cause of your happiness yesterday is the cause of your sorrow today. Thus Karm Yog and Zen talks of seeing things as they are and staying anchored in the present moment and doing things with mindfulness, such mindful right action which is done by a person who is anchored in the present creates no mental activity and ripples and gradually the mind becomes still even when you are in deep activity. Overtime our mind and being becomes still like deep sea even when on the outside you are raging with activity.

The author is not saying that one must not go for worship and meditation, by all means people must worship, meditate, read scriptures but they must also perform kind deeds while remaining anchored to the present with no obsession about the result and that is the essence of both Karm Yog and Zen. There was never a greater need of Karm Yogis as is now when the world is facing so many issues where we don’t need just one but many Arjunas. Action and even thoughts that are done with awareness and that are complete in themselves they don’t in anyway bind a person. For e.g. if one exercises because he feels good then if he exercises the action is complete and it has no carry forward from it, but if a person exercises so that he may post his picture on social media and receive likes then the action remains incomplete then the person has handed over the completion of the action in the hands of others and hence the person is now bound and may get miserable or happy depending on the number of likes and hence is now on mercy of others. Likewise I am writing this article and if I write it for the sake of writing it and put in my best without getting obsessed about how well it is received then this is a complete action, but if I have a feeling of getting affected by the reactions then the action remains incomplete and is an action that bounds. Hence was the Zen fable in which when a disciple asked the master the path to enlightenment the master replied “eat food and wash dishes” and the disciple was instantly enlightened. This statement means that there must not be any remains of actions on your persona, once you are done with the action it must then end without any carry forwards and this is Karm Yog and Zen.

Do the right thing with awareness that is the path to salvation.

A rookie seeker and writer in this beautiful community. My posts are on as I see and understand things and I am no authority on anything I write. My words must not be construed as professional advice but yes I would like them to bring some positive changes and joy in the lives of the readers.


Login with Email
No Account? Create One
The 45 minute answer by Swami Ji
A page from my book of Life…