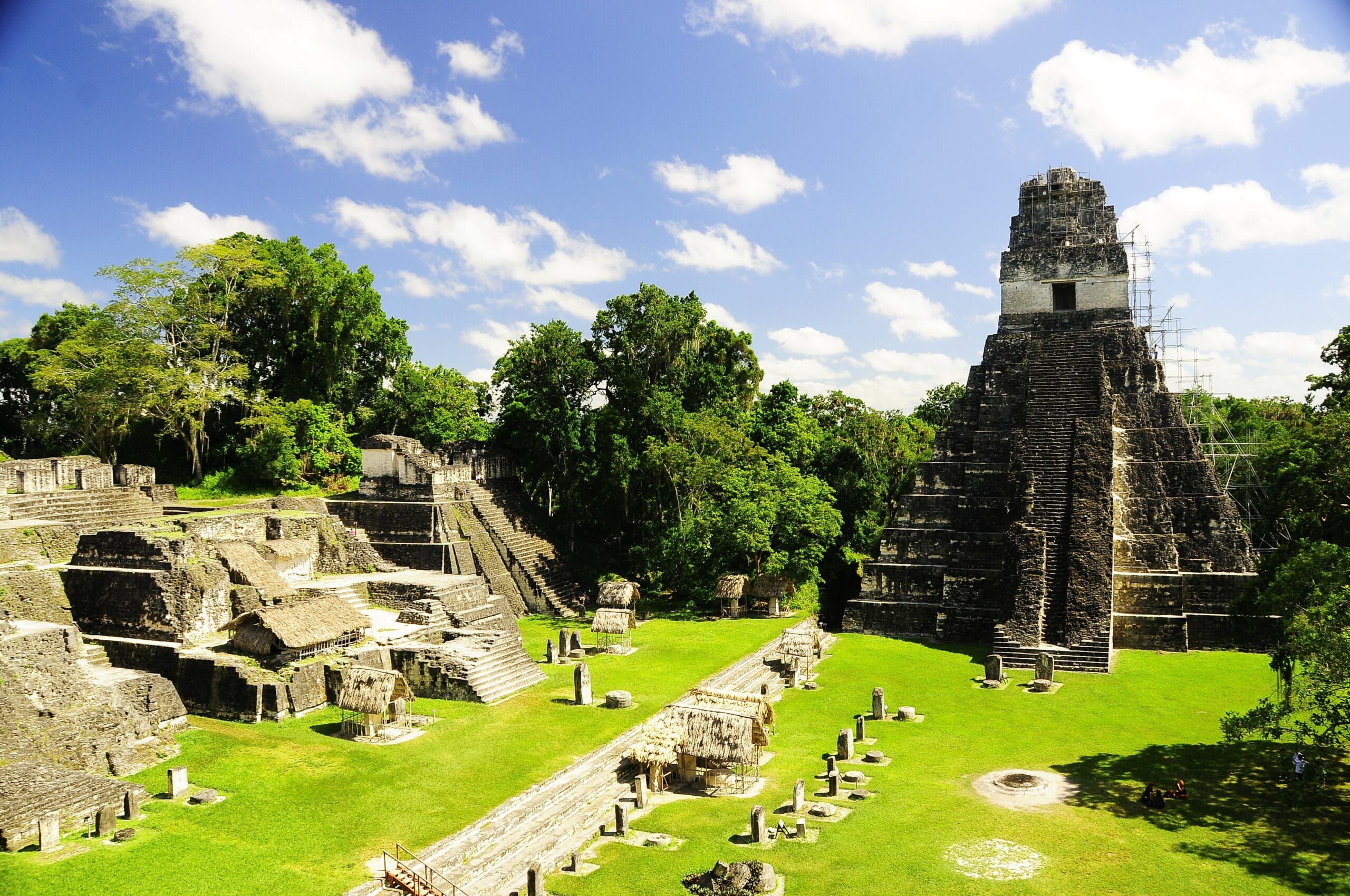 At the heart of Guatemala’s rainforests is a city shrouded in mist and mystery. Who built it? And why did people abandon it? Their magnificent structures that reach over 200 feet into the sky have provided valuable insights. I’m referring to Tikal, the metropolis in which up to 90,000 people lived.

The people known as Maya inhabited Tikal over 3000 years ago. The Mayans of southern Mexico and Guatemala were some of the most advanced civilizations of the ancient world. They even had an accurate solar calendar which had 365 days in a year. Today, Tikal is best known for its large Mayan pyramid temples built by 300 BCE.

Tikal began to thrive from the first century CE. It became powerful, culturally and politically, in the reign of Yax Ehb Xook, or “First Step Shark”. Women ruled it several times, and the queens were just as respected as the kings. It’s also one of the few Mayan cities where we have a list of rulers (here).

The power shifted between 250–900 CE to the Mayan city of Chichen Itza in Mexico, now a World Wonder. Constant wars, droughts, epidemics, and deforestation may have played a large part in Tikal’s decline around 900 CE.

Since Tikal was in the rainforest, we might think there wouldn’t be any water shortages, right? Wrong! Due in part to deforestation, there were several droughts in this region. The inhabitants of Tikal built several canals that caught rainwaters and fed them into reservoirs. These canals were typical with the Mayans, and some of them function to this day!

There were also intricate systems of causeways (raised roads) in Tikal. Several of these met in a central area known as the Great Plaza. The Mayans and other Mesoamerican civilizations used causeways instead of ordinary roads because their cities had swampy terrain. Causeways didn’t get wet and were more structurally sound than roads.

Tikal has 35 temples and over 4,000 structures. Lengthy hieroglyphic texts are found in many of these ruins. The six main temple pyramids are the most famous out of those structures. Temples I — III was visible in scenes of Star Wars: A New Hope. And one scene was shot on top of Temple IV, which may have been one of the tallest Mayan buildings at 230 feet.

Mayan pyramids, made with limestone and sandstone, certainly look a bit alien! 190,000 cubic meters of construction materials were used to make one of their pyramid temples. Some even wonder how ancient humans made such magnificent structures, which has led to many weird theories suggesting that some aliens made this city!

Some of these temples haven’t been excavated fully. The two pyramid temples popular with the public are:

The Mundo Perdido (Spanish for “Lost World”) Complex is one of the massive temple complexes found in Tikal. Interestingly, when archeologists explored this place, one of the temples was being used as a lair by a jaguar, a holy animal for the Mayans! The complex has three prominent temples corresponding to the sunrise and sunset on the equinoxes and the solstices. These days were sacred to the Mayans as the sun god was significant to them.

Near the complex are three Mayan ball courts, something unique to Tikal. Most cities often just had a single ball court, but Tikal has five, including three ball courts side by side. Some forms of this game played in Tikal were similar to volleyball. The ballgame is still played, albeit with different rules.

Tikal is one of many beautiful Maya sites in Mexico, Belize, and Guatemala. Some other impressive ruins in the area include Palenque, Copán, Calakmul, and Chichen Itza. They are worth visiting the next time you want to plan a vacation to that region!