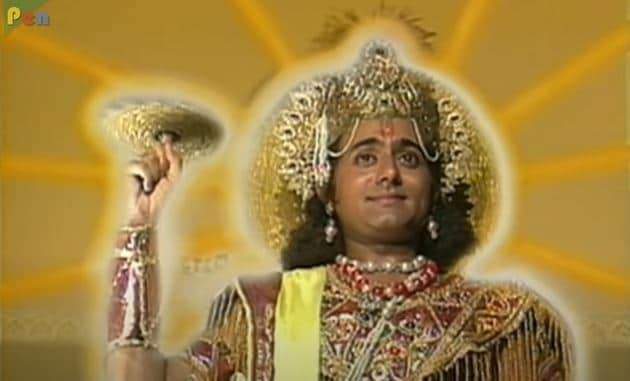 This incident shows us the extreme humility and nicety of Krishna

Lord Krishna’s life has been full of heroics, right from his childhood days to his stint in the Mahabharata. One of the most iconic moments from his life came when he showed his Virat Roop (or Vishwaroop) to Duryodhana and others in the assembly.

A lot has been said and written about this incident where Krishna showed his strength and power. But it is interesting to note his behaviour and acts before he showed his Viraat Roop.

Sometime before this incident Pandavas finish their 14-year vanvaas (exile) after Duryodhan and Shakuni defeat them in a game of dice through deceit. Once Pandavas are back, it becomes Yudhisthir’s right to acquire the throne of Hastinapur since he is the elder-most brother. However, Duryodhana, who has been ruling Hastinapur in Pandavas’ absence, won’t let that happen because of his lust for power.

Hence, Duryodhana calls out for a war against the Pandavas. But even after facing such humiliation, the Pandavas don’t want a war and wish to solve the dispute peacefully. To achieve this, they send their friend and relative Krishna to Duryodhana’s court as a mediator.

Krishna arrives in the court and humbly requests Duryodhana to abort the war as that would only lead to bloodshed and loss of lives. Duryodhana, however, arrogantly refuses. Despite Duryodhana’s behaviour, Krishna still in a humble tone allows Duryodhana to keep the kingdom of Hastinapur to himself and asks for just five villages to be given to the Pandavas.

Duryodhana doesn’t even agree for this. In fact, he even goes on to say that he won’t even give a space acquired by a needle’s point to them. On top of that, he even asks his guards to arrest Krishna and put him in a dark cell. Dhritrashtra, Bheeshma, Dronacharaya, Kripacharya and other elders admonish Duryodhana for his behaviour but all in vain.

Finally, Krishna feels enough is enough. He realizes it is time to show Duryodhana that he shouldn’t consider His humility as His weakness. Then comes the moment when He shows His Virat Roop as He keeps growing in size.

Those who are against Krishna, like Duryodhana, get frightened by the Virat Roop. But those who are with him get in awe of Him. Krishna then warns Duryodhana of the dire consequences of the war.

This incident shows us the extreme humility and nicety of Krishna. He had all the powers in the world and if he wanted he could have finished off Duryodhana then and there. But, instead, He was gentle towards him and didn’t lose His cool even when Duryodhana was full of arrogance.

But even God has His limits. When He realized that it was of no use to talk sense with Duryodhana, He sent him a strong warning in the form of his Virat Roop.

It is also worth learning from this incident that one should show humility and kindness even to someone who is insulting us by making him understand his mistake. If God can do that, why can’t we?

This incident was beautifully presented in one of the episodes of BR Chopra’s classic TV serial Mahabharat. You can see it HERE.