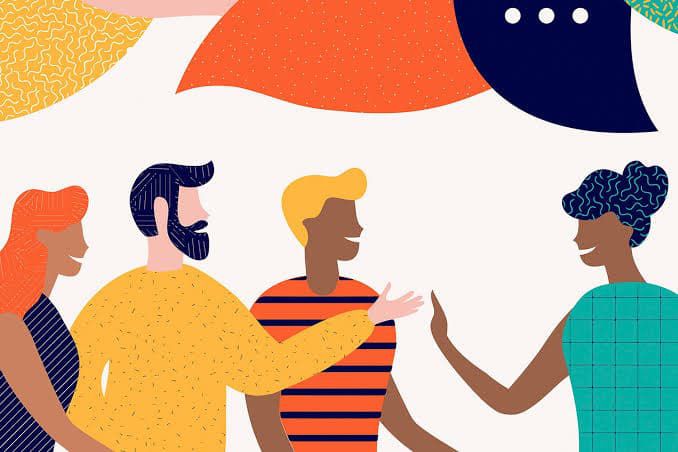 Yesterday, February 21, was International Mother Language Day. A day to celebrate and revel in our mother tongues, in our native languages. So, today I want to talk about the power of language.

Language is not only an instrument of communication, it serves much more than that. Language is the outcome of thousands of years of human intelligence. So, there’s enormous power in language. Animals have their own ways of communication, but their language is not that complex in contrast to ours. Human language is a highly complex process—with gestures, symbols, meanings and connotations. It is a very sophisticated affair. And as with any powerful instrument, we should use language wisely. By ‘language’, here I specifically mean—speech and written communication.

Through language, we’ve learned to harness the power of sounds, and sounds have a tremendous impact on us. We like to listen to cuckoo’s calling, but we cover our ears when we hear a crow. Because it sounds harsh to us. Similarly, in our everyday communication, we should be soothing in our speech. How do you speak? Let me ask you. Carefully? Sensitively? Consciously? In a proper tone and with well-meaning? Or do you speak violently and insensitively? Never modulate your voice according to the listener’s mental state? Let me tell you, speaking and listening, just like writing, is an art! But most of us are very crude practitioners of these.

In speech, like in many other cases, we are largely compulsive! Speaking is so effortless that we’ve taken it for granted, like breathing. But we don’t realize they can transform us for good if we learn to harness their power. If you are not a conscious speaker, you are no speaker at all! Speaking, after thinking, is perhaps the second greatest compulsion in us. If we learn to speak consciously, our consciousness will be greatly refined. Have you not seen how truly wise men speak? They speak frugally and with so much depth. Those who speak much are not the wise folk. Because what’s the need to waste your energy and time speaking a lot when you can say the same things with fewer words? Poets are the masters of this. They don’t intend to say much, they just want to say more, but using fewer explanations.

Another thing is to speak sensitively. Insensitive words kill more hearts every day than wrong deeds. Words can penetrate deep into our hearts and can leave deep emotional scars. Sometimes for the rest of the life. Whenever you talk angrily, harshly or hurtfully, you are being violent and causing harm to others. Practice sensitive speaking.

Talking in a proper tone and with proper meaning is another important factor to be mindful of. How many times has it happened that you talked in the wrong tone and with ill-meaning? Aren’t we all victims of this, and at the same time, perpetrators? We are! Can’t we change ourselves a little bit? Can’t we speak empathetically? We can. And if we do that, our relations would be so much better. What do you think?

As in the movie Spiderman, uncle Ben said “With great power comes great responsibility”, so is in the case of language. Language is a superpower that only we have. We should not misuse this power. The way we speak reflects the way we are. Language connects us. Let it also connect our hearts, not kill it.

1. The Austerity of Speech

2. The Impact of Sounds (previously featured.)

Better Late Than Never
I Am what I Am