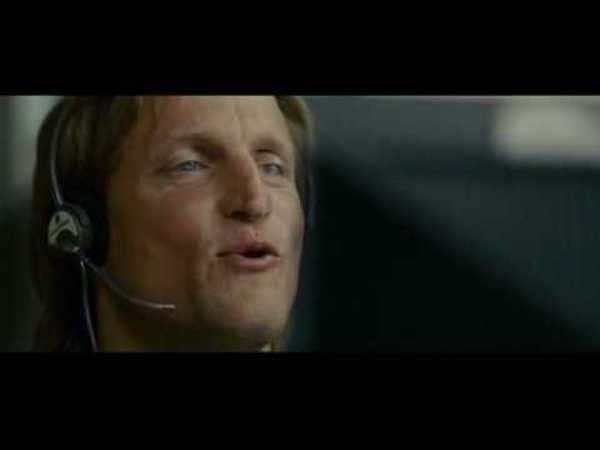 Slow to Anger Even Under Extreme Provocation

Ezra Turner is blind. He has every reason to feel anger to the world, to feel that injustice has been done to him. He is in love with a waitress from a diner, who doesn’t give him the time of the day. If he decided to go down the dark path, he would get sympathy from every corner.

Au Contraire. He has trained himself to be a functional member of the society. Though a vegetarian, he works as a customer service representative for a company that sells meat products. He also knows to play the piano very well. And most importantly, instead of feeling anger (rightfully or not), he is slow to anger.

Imagine for a moment that you are Ezra Turner. You are trained to deal with angry customers, no doubt. You are trained to be polite with indignant customers who get nasty. What if a customer gets personal with you, calls you out on being blind, and rips you apart in the most inhuman, callous of manners? What would you do?

If that customer  taunts you with the following words:

The blind beef salesman is trying to help me? I’m actually beginning to feel pretty bad for you Ezra. Because I look at my life and it is surrounded with so much beauty. You can’t see s***. Is that fair? Does that seem fair to you Ezra? Do you even know what color the ocean is? Do you?

How would you respond?

I am pretty sure I would either tell the customer that this is not done, or be tempted to dish it back in kind, notwithstanding the fact that it may cost me my job. In other words, I would choose some response instinctively which is either defensive or unkind.

The one thing I would not have done is what Ezra Turner did. He took a deep breath. He smiled, and replied to the customer, “It is blue, sir”.

What a patient, graceful response, to a vicious diatribe.

You must be wondering now, who is this Ezra Turner? Ezra Turner is a character played by Woody Harrelson from a movie called Seven Pounds. It turns out that the reason the customer Ben Thomas (played by Will Smith) launched into this verbal attack against Ezra was to test him whether he was a candidate for an act of kindness that Ben wanted to bestow. Ezra’s graceful response meant that he was indeed a worthy candidate and did indeed get the gift from Ben. Go and watch the movie (or clips from YouTube) to know what was the gift Ben gave Ezra.

It is not often that a side character in a movie profoundly impacts me. Ezra Turner was a pleasant exception, inspiring me to be like him. If I could respond like Ezra Turner in the face of the most unpleasant of invectives, I would feel like I’ve achieved something.

Here is the Ezra Turner clip from the movie.

P.S. I wrote about this in my article Seven Pounds and More. I received the feedback that if you hadn’t watched the movie, the lesson from Ezra Turner as I described didn’t quite make an impact. This article is a second take from me, intended for all audiences, including those who haven’t watched the movie.


Login with Email
No Account? Create One
Rendezvous with Paranormal 1/2
Knowing English