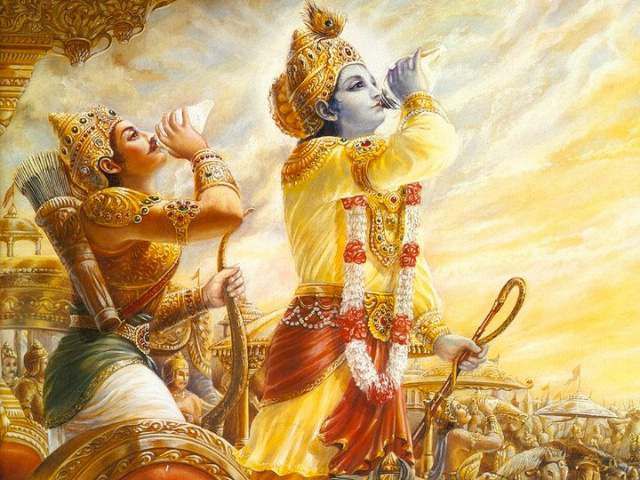 Lessons from Mahabharata – Is Money Enough to Bring Peace

Happiness comes from a state of peace

The basic necessities of any human being are food, clothing and shelter. To fulfill these basic needs, it is essential for him or her to earn money. Hence, each one of us is into some profession or the other to make sure we keep earning to survive. But how much money is enough even after being able to live life comfortably? Or rather, is money ever enough?

We regularly come across people who are so rich that even their next few generations can live a decent lifestyle without having to work. But despite that, they aren’t satisfied. They continue to devise newer methods to earn even more. If you ask them the reason for their obsession to make more lakhs or crores, their standard answer is – To be happier! But happiness comes from a state of peace or absence of conflict. So can money surely being peace of mind? 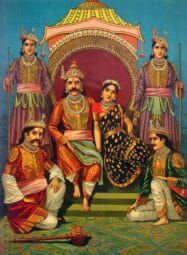 Now let me present you with some interesting facts. There have been thousands of studies and surveys suggesting that the rich and the super-rich are more depressed than anyone else or are more prone to be depressed. But there is more to it. Many of these studies also suggest that suicidal tendencies are found the most among the wealthy lot. So naturally, psychiatrists come across a lot of people from this class suffering from depression.

I personally know quite a few super rich individuals who are depressed. I also know one such person who committed suicide few years back after being trapped into depression. Similarly, I have also witnessed some very well to do individuals getting treated for depression.

This, obviously, throws light on few important points – If money is enough to bring peace and happiness, why such large numbers of wealthy individuals are falling into depression? Worse, why some of them are ending their lives despite such a fat bank balance? If money is enough to bring happiness and peace, these people, leave alone committing suicide or even being depressed, should not be even close to depression.

This aspect is also seen in the great Indian epic Mahabharata after the war of Kurukshetra. As the Pandavas defeated the Kauravas, Yudhishthir, being the eldest of the Pandava brothers, was crowned as the King of Hastinapur. But was he or the other four Pandava brothers – Arjun, Bheem, Nakul and Sahadev – able to enjoy the fruits of the kingdom?

Despite being the rulers of the richest kingdom in the country, the Pandavas, especially Yudhishthir, weren’t happy or at peace simply because it was achieved after the annihilation of their own cousins, grandfather (Bheeshma), teacher (Drona), brother (Karna) and friends. Plus, thousands of warriors who fought for the Pandavas too had lost their lives on the battlefield.

When a kingdom is achieved after such terrible carnage, it becomes meaningless. So the Pandavas were just unable to enjoy its fruits as they were feeling remorseful. Hence, they retired to heavenly abode. I am not at all trying to say that the war shouldn’t have been fought. It was absolutely necessary to preserve Dharma by not allowing the Kauravas to succeed in their evil ways. I am just pointing out that wealth doesn’t mean much in the presence of inner conflict and remorse.

Now let us look at a fictional example. Mr X is the CEO of a big business empire. But his personal life is in disarray. His health is deteriorating while his family members are constantly into conflict. On the other hand, Mr Y is an executive earning a moderate income. With a healthy lifestyle, loving wife and obedient children, he is happy in his own little world.

So who of the two is richer? You decide.