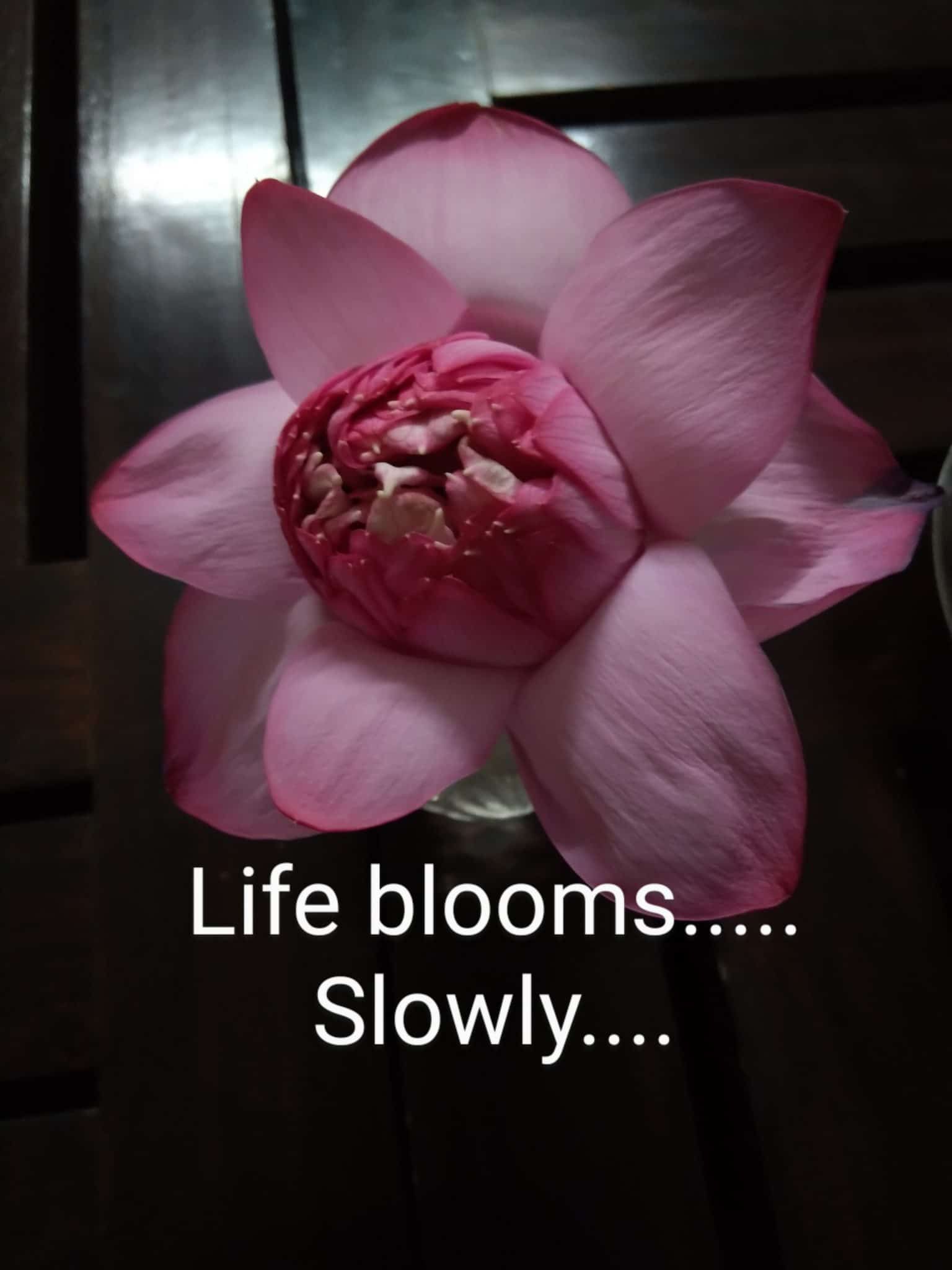 When  a day  is followed by night and the night again by a day, both leave their footprints, for sure.

It was in the year 2000, when in the pretence of happiness, sorrow sneaked into my life.  Along with joy,  a new pain started to build up.

The day I left my well paid but time consuming and tiring job of Punjab  National Bank, I was full of enthusiasm for my next innings in life. Everything was okay and normal. Over all I was a  bubbly creature, with occasional bouts of unwanted emotions, which were quite few and far in between.

Little  did I know that it was the start  of setting of a sunny day and a long dark night was awaiting me.  A night which lasted 20  years.

Those 20 years opened  many  chapters which were either half read or may be wrongly read by me previously.  ( Right now I choose NOT to pen down my that long phase.)

Or, shall I say that the night is now beautifully lit up. So much so that I no longer am waiting it to end, knowing well that it will, one day, get fully illumined so much so that day light might look cloudy and shaded.

Nothing can beat or  defeat the brightness, warmth and liveliness of a sunny day. Still, the soothing brightness and warmth of those tiny Deepawali diyas is also unbeatable. The Diyas which have started to lit up my life, one after another, then another and yet another.🙇🏼‍♀️🙇🏼‍♀️

Once again, am the same old  chirpy, cheerful soul in a slightly old physical mould now. 🤗 A thought of a sunny day ahead or the ongoing bright diwali night – both give me the  same joy,  same happiness.

Life has started to bloom yet again, after a small pause of 20 years….

A Project Plan Template
An Unforgettable Year And The Way Ahead.