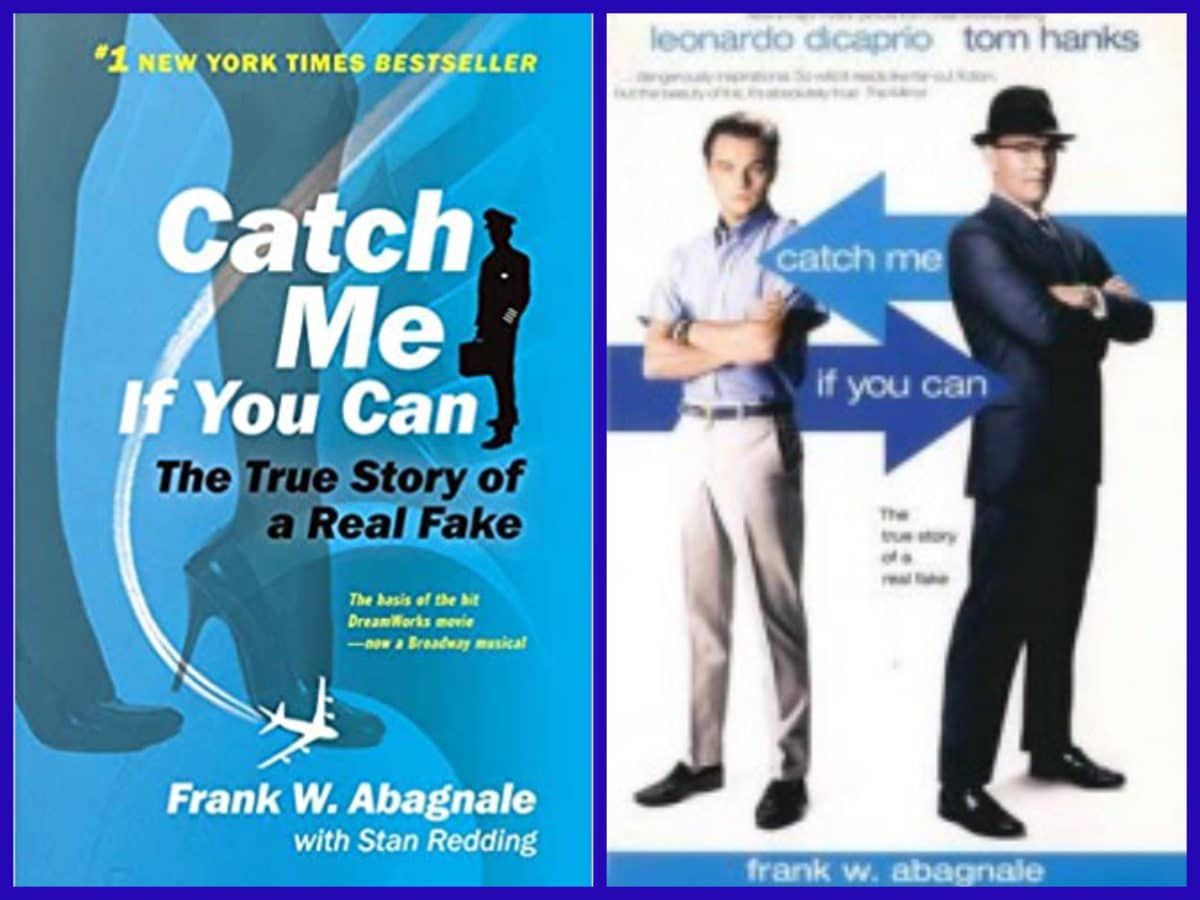 Life Lessons from a Crook

Inspired by the book "Catch Me If You Can' sharing some life learnings from the same.

The story of Catch Me If You Can is legendary.  ‘I stole every nickel and blew it on fine threads, luxurious lodgings, fantastic foxes and other sensual goodies. I partied in every capital in Europe and basked on all the world’s most famous beaches‘. Frank W Abagnale, alias Frank Williams, Robert Conrad, Frank Adams and Ringo Monjo, was one of the most daring con men, forgers, imposters and escape artists in history.

In his brief but notorious career, Abagnale donned a pilot’s uniform and co-piloted a Pan Am jet, masqueraded as a member of hospital management, practised law without a licence, passed himself off as a college sociology professor, and cashed over $2.5 million in forged checks all before he was twenty-one.

Known by the police of twenty-six foreign countries and all fifty states as ‘The Skywayman’, Abagnale lived a sumptuous life on the run – until the law caught up with him. Now recognised as the nation’s leading authority on financial foul play, Abagnale is a charming rogue whose hilarious, stranger-than-fiction international escapades and ingenious escapes – including one from an aeroplane – make CATCH ME IF YOU CAN an irresistable tale of deceit.

Yes, this tale of 1960s, when the banking and finance system in US and Europe was not capable of checking on such frauds, so Frank could get away so often. Imagine, getting a temporary passport (when you did not even have a passport) by just producing copy of your birth certificate at the US embassy in New Mexico.

Anyways, in the book, Frank talks about three points that he attributed as key for his success (in his Con job), and I feel these can be useful in many other professions. The three tenets are:

Now each of these points, and may be just these points alone, when implemented in any profession, can actually make a lot of difference between success and no-success (cannot say that just because you are not well groomed, you will be a failure, but when it comes point-by-point comparison, if someone is competing with you for a promotion and you both are equal on all parameters, the grooming aspect alone can tilt the decision against you.)

I still remember, in the 9/11 hijacks, the terrorist, from the Arab world and known to keep beard and very often, long hair, were specifically told to be clean shaven and well groomed. Not that if they were not, they would have evoked any suspicion, but it all contributed to the level of seriousness towards the assignment.

As a runner, the night before a major marathon, we do lot of preparation. Shoes, socks, T-shirt, shorts, running bib, vaseline gel for chaffing, cap, light jacket if its chilly in the morning, etc are laid out nicely on the bed. Then we have to take care about the water, energy drink, nuts, other nuitrition elements for the run. Then we account for the cereal bar, banana, porridge, tea, etc that we will consume early in the morning. If the run is at 5am and reporting time is 4:30am, then we need to eat all this 2 hours before the run, i.e. at 3am.  Of course, the most important bit is setting the alarm, but most often, we have very light sleep and we generally wake up on time. Then previous night, we have to have a high carb meal taken early (before 7pm) so we can be in bed by 9 or 9:30 pm. Then we take shower and shave the previous night, as we do not take shower in the morning. Yes, all of this does not get termed exactly as ‘grooming‘ but you get the sense on the importance of such preparation.

In the field of entrepreneurship, the genesis of any idea for the business, starts with Observation. You look around, observe the lifestlye of people of different demographics and income levels and make an assessment of what they are lacking and what price they are willing to pay for the same. Next, you look at the supply chain to identify if the product needs to be made or just procured and in either cases, what would be the cost to make or buy the product. The most important is to observe the competion. What are they selling? How well or badly they are doing and what are the factors for the success/failure etc.

Similarly, in a profession like Stock Trading, the importance of Research cannot be emphasised enough. One can easily get swayed by ‘tips’ that are available dime-a-dozen, but they rarely work. Because by the time these tips reach the ‘common man’ the the price of the stock has already factored in the upside/downside . And thorough research, making notes, studying data, asking people around, meeting the company officials, understanding the industry, etc. these are all very boring (read time consuming) activities. Especially if you already have a tip on the product. But by doing the hard research, if you are able to determine that the stock is a genuinely good buy, then you can take the sole credit for the decision, and if it fails, you also know whose neck to get hold of (does not work when u have been ‘forwarded’ a tip from somewhere).

If you want to become, say, a fashion designer. Then all these three aspects become very important. You need to focus on your personal grooming, look good and wear clothes that will attract attention for its uniqueness, observe what is in-fashion and what people are comfortable wearing and you need to do loads of reasearch on types of material, color shades, pricing, etc, before you can build your own portfolio.

Of course, we all know there are no short cuts in life, they only exist on the route of a destination that you never have to go on (and never found when you need to get to an urgent meeting somewhere!). And all of us are destined to work hard (except for those who inherited lot of wealth from their forefathers, those who are good at winning lotteries and those who invested in crypto curency in 2015!). But to work hard also, its good if we have a plan in mind.

Yes, these points are very obvious and you must be wondering, isme kya khaas tha. I was amazed that the source of inspiration is actually story of a crook/swindler who made millions by cheating people. We would generally downplay achievements of such people and think bad of them for their crime. But as they say, inspiration can come from anywhere, one just needs to look hard enough.

AnecdoteBooksPhilosophy of Life
Support This Author

I Realize the Screaming Pain
Insights on Reality