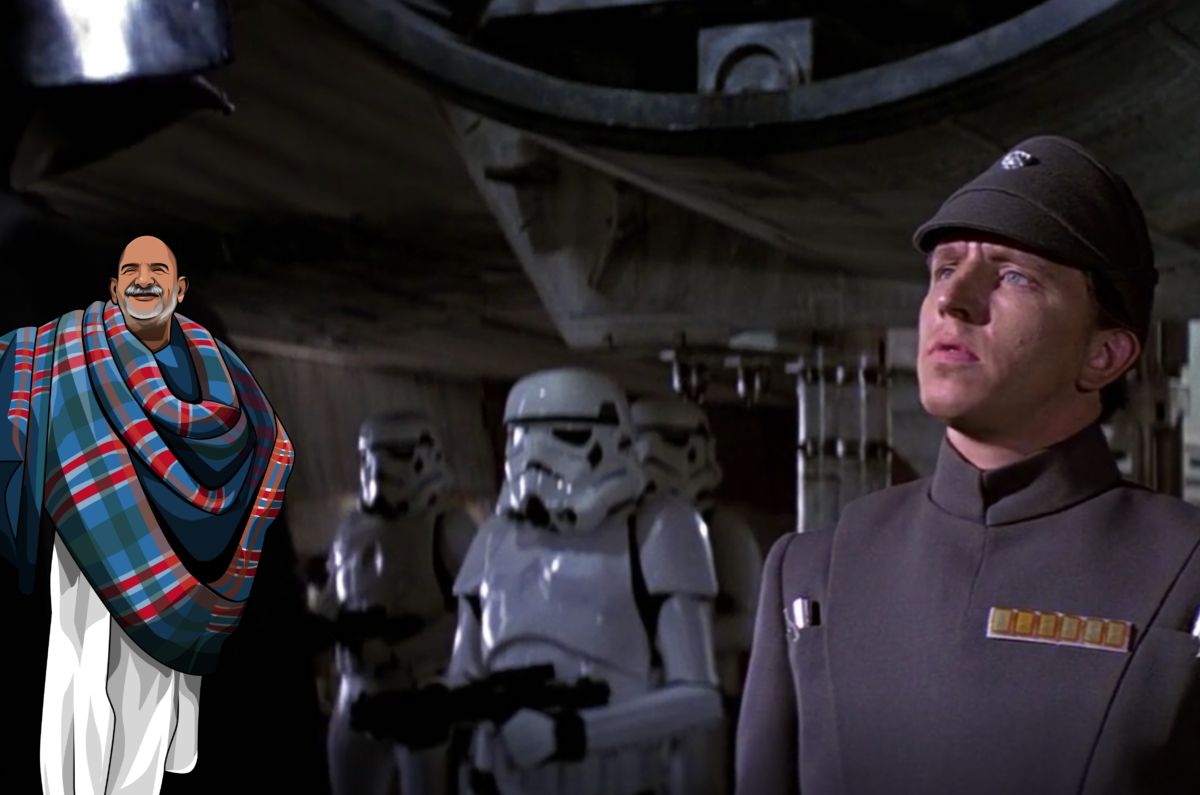 A practice to enrich your children with wisdom

One night I had drinks and dinner with several actors from the Star Wars films. I was invited by Jeremy Bullock (the original Boba Fett) and his wife but ended up dining with David Prowse (Darth Vader) and another actor you’ve likely never heard of named Chris Muncke.

Chris played Captain Edmos Khurgee, the officer in charge of the Death Star hanger bay in the first Star Wars film, “A New Hope.” For those who know the movie, when the Death Star captures the Millennium Falcon, Darth Vader orders Captain Khurgee and his “scanning crew team” to search every part of the ship to try and locate Han Solo and his crew.

The Khurgee character, in total, might get a minute of screen time. Nonetheless, die-hard Star Wars fans desire to collect every single autograph from anyone in the films. Therefore, Chris found some extra income in his retirement by traveling to sci-fi conventions.

Chris retired from acting in 1990 and transitioned to something he loved even more – teaching small children. I met him in early 2008, just when he was about to retire a second time from the elementary school where he was serving. During the conversation, we talked about my daughter Kayleigh, that my son Silas Brooks would be born soon, and that I also had a love for teaching.

I asked, “What’s the best advice you can give me about raising children?” Chris replied, “Read to them – always. Read out loud to them and let them read out loud to you when they are old enough. Never stop. Do it until you can’t stand it, and then do it some more. You’ll have to make the time, but it will ultimately pay off in spades. Parents that read to their children give them a priceless gift for life.”

My son Silas is now fourteen. We were reading together just a few minutes before I sat down and wrote this essay. When we finished, I told him the story above about Chris. I explained how thankful I am God allowed me to be present and pay attention that day. Instead of just blowing him off, I listened intently and went away from that dinner, determined to read to my children.

According to the testing they were given in school earlier this year, both Silas (14) and his sister Zemira (12) read at a “master” level. Moreover, when I ask them, “Can I read you something about God?” Their answer is always “yes” because their mind has been programmed that reading with Papa is fun and fascinating. How this simple practice has enriched my spiritual relationship with them is astounding!

I wrote this because I want to highly encourage you to make a habit of reading to your children. At first, always read something they like – get into their world. Then as time passes, introduce the ideas you want to instill in them slowly and patiently.

If you’re a couple, I urge you to read spiritual material to each other – it will tremendously strengthen your relationship. If you’re single, read out loud to an older person – massive blessings will come as a result.

I also want to point out God’s voice, which spoke to me through Chris. Others who attended that evening were much more enthralled with David (Darth Vader) and other actors in attendance who had more significant roles than Chris. Yet, by God’s grace, I was able to listen and receive a precious lifetime gift the Divine was waiting to present.

Ram Dass encouraged us over and over to “treat everyone (without exception) as Maharaj-ji (God) in drag.” If I conduct my life by this advice, there are only two beings in my reality – “I AM,” the witness to John’s life, and the Divine. The same goes for you. If I meet you, I will namaskar to honor the same Divinity in you that exists in me. We are One being, indivisible.

Be it positive or negative, every voice you hear throughout your day is God speaking directly to you. If you choose to be in the moment and assess everyone as a messenger sent for your benefit, you’ll constantly receive messages and gifts from the Divine.

On the other hand, if you choose to be where most souls reside, lamenting the past or fantasizing about the future, you’ll miss everything…including lessons about child care from an officer of the Imperial Empire!

In Christ with you!

P.S. Chris recently passed on April 6th, 2022 but is being remembered, still encouraging and teaching, through just ONE act of kindness. Blessings for his family.