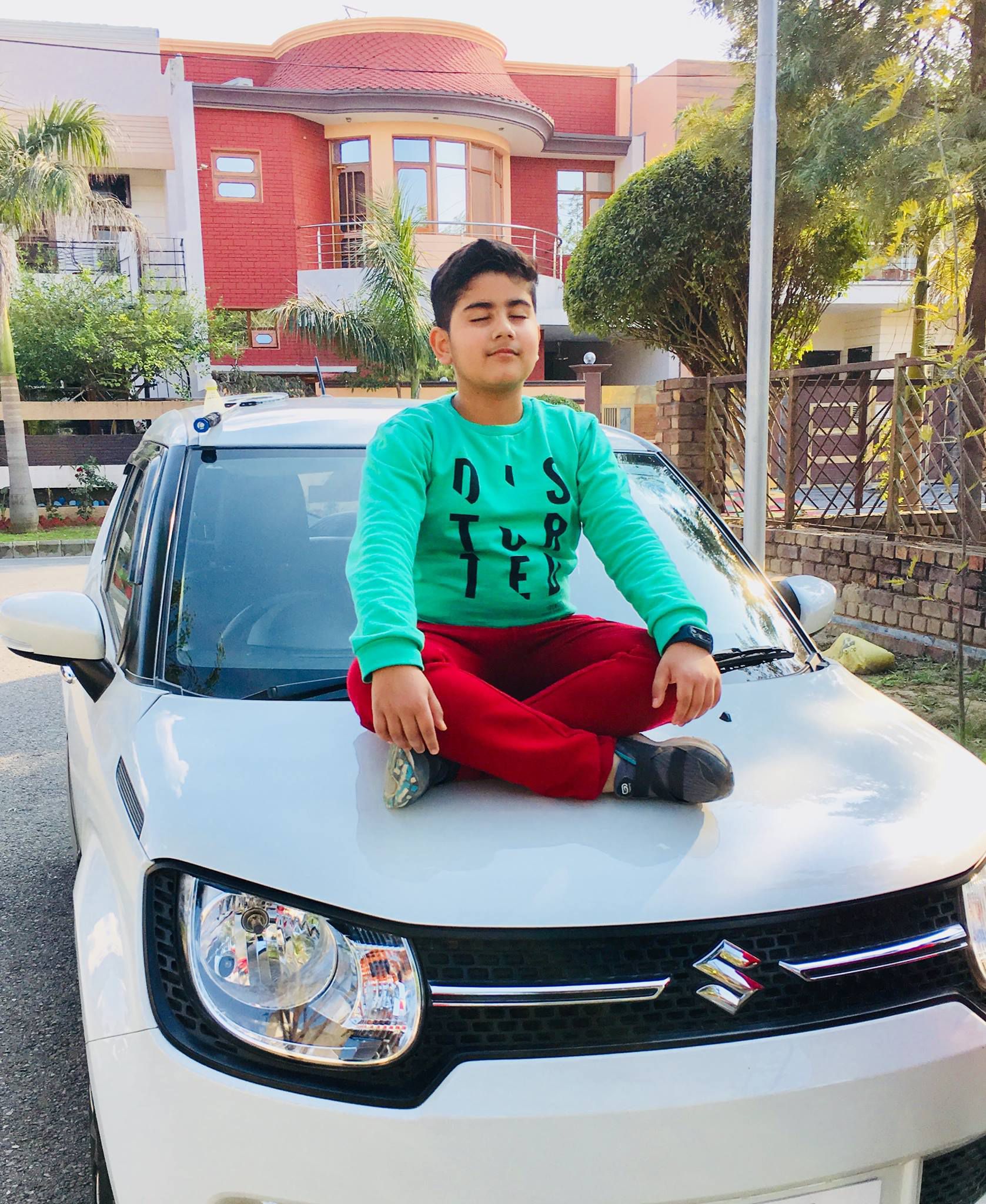 Like a Seed, They Have It All Inside Them….all They Need is the Right Environment to Flourish.

It's when you do your own karma with full dedication and purity and leave it onto the almighty what is not in your hands, miracle happens

Eleven years ago, my life changed completely when I held this little being in my arms. Wishes and greetings poured in from all  directions on the birth of my son but little did I know at that time about the my own new birth . Not only as a mother but I was born again as a human being too. Initially, I was an over worried, over protective mother who carried the anxiety of motherhood over her head all the time. My son as an infant and as a toddler,  would cry instantly at little things and would want to cling on to me all the time. It was after he was 4-5 years old that I realised my own inclination towards spirituality and began to meditate once in a while. Just in a matter of months I witnessed a sea of change in my own attitude and behaviour towards my relationships and other things in life. This change did not come from meditation alone but from the daily application of whatever I’d read and listen to on a television program (just 15 mins every evening ). I realised that the power to change my life was within me and the whole shift can come from a single change in attitude. It’s when you do your own karma with full dedication and purity and leave it onto the almighty what is not in your hands, miracle happens. I was now a happier , lighter being full of bliss. Although all my relationships improved after this change in my own attitude but the biggest beneficiary of the change was my own little one. I noticed he became happier, less cranky and more self dependent when he was around a happier mom.

All the while I had been thinking that I ll have to do something to make him happier and joyful but what I had been missing was the fact that he was already joyful but it was my anxiety and worried mind which was transferring that negative energy to my child. After this experience I have been telling all the new mothers to remain happier and lighter if they want happy children.  This does not mean they stop caring for their children because neglecting your child’s needs is the worst you can do to them. My father once told me (a lesson that shaped my journey of motherhood) that children are like saplings, give them right nourishment and right atmosphere and they will bloom. Just stay light and a little detached. Detachment here means that you protect the child but a the same time you protect their basic need to be themselves too.

After the change, motherhood has been an amazing journey. I learn something new each day and I feel much younger and joyful. I’d like to share an incident that happened a few days back. My son, now eleven years is a guitar enthusiast and has been thinking a new name for his band since a few days. He’s greatly influenced by an American band “Nirvana” and told me that they got their name from Buddhist philosophy. Inspired by this he started reading about Buddhism and read about the Eight fold path. I was secretly happy to see his new inclination. He has also been saving money to buy a new drum kit and other instruments since last few months. As we got to know that the second hand drum kit that he was targeting was already sold to someone, he got a little upset but then there was a sudden gleam in his eyes and he said ” This might be blessing in disguise, I must save more before spending”. He then added ” I read in the eight fold path that it is the expectation that brings suffering. I should not expect too much in order to avoid suffering and moreover happiness doesn’t lie in material things”. I was surprised and amazed at the same time realizing that each soul has immense wisdom no matter what the age…..what we all need is the right environment to grow and flourish. An environment filled with love , understanding and freedom.

Give your child the wings to fly , just be a facilitator and watch from a distance.