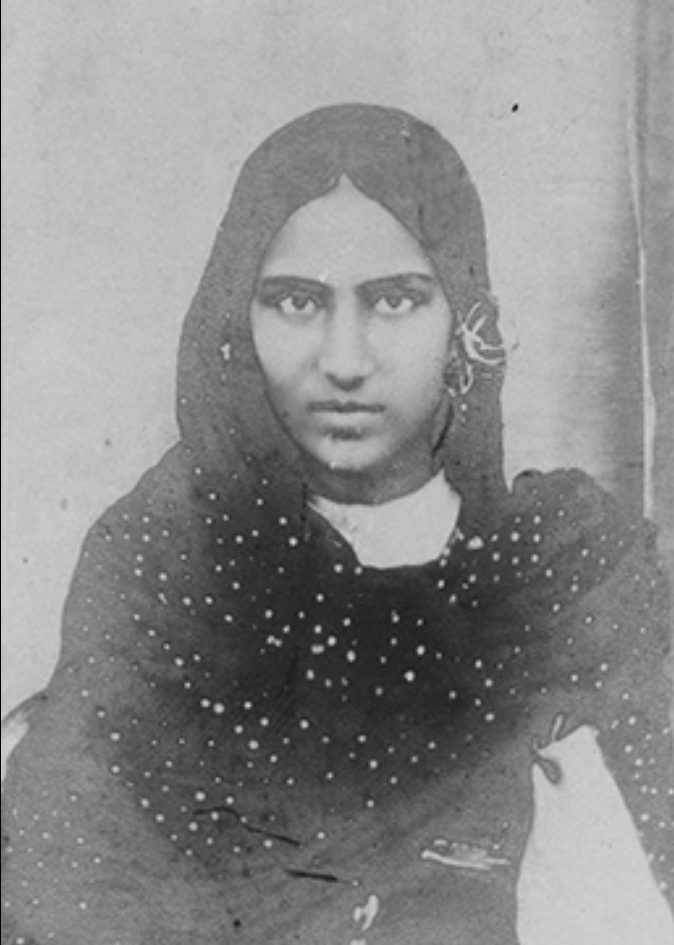 Syeda Muhhamadi begum breathed her last at a youthful age of 30 ..but she lived her life to the fullest! Born in may 1878 in a Sunni muslim family where women were only allowed in Purddaaa to just peep out to see sun rays from their Jharokha or in other words caged like a nightingale never able to see the blue skies or red roses , Muhhamadi begum s father was an educated and progressive man aswell Principal of Wazeerabad high school, so he exposed Muhhamadi to books ,journals ,articles and love for literature. At a tender age og 19 ,Muhhamadi was married to a man double her age….Mumtaaz Ali Deobandi who was a very caring and loving companion for Muhhamadi. He encouraged Muhhamadi to get proficient in English and hindi and with most patience, persistence and loving guidance taught her to publish, edit and proof read in his printing press. Muhhamadi had 1 son who later authored a play Anarkali an inspiration for the bolywood mega block buster Mughle Aazam…..

Muhhamadi started writing lulla byes ,children short stories and women oriented stories. She authored many famous books as Shareef beti,Safia begum and Aroos. She wrote on diverse topics as cookery ,house keeping ,how little girls were engaged and married without concent to non desired mates their plight after marriage and their parental advice on how they should conduct in their in laws house……

Muhhamadi was a known name in Publishing world of Lahore pre independence and a pioneer in opening an all women store ,which allowed no man as a worker or customer there. Muhhamadi published her women empowerment writing Tehzeebe niswan and sent its free copies to all educated in her circle,in a month she could sell its 70 copies ,in an year 345 copies and in 3 years 428 copies. Muhhamadi breathed her last just 6 months after her 30th b.day and got lost in dust of books. Some years back Harleen from Canada started a project on insta gram…
Lost heer to honour pre independence empowered women from Punjab. While wanting to write something on os.me for women empowerment i found Muhhamadi worth being read about in this month of women empowerment.