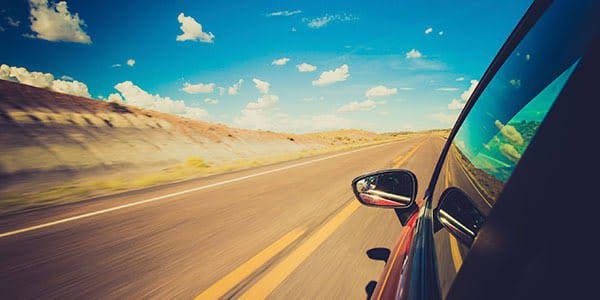 Look for Silver Lining in Every Dark Situation

Every seemingly dark situation also holds a brighter side - Just look for it & anchor on it.

More than a year ago when I joined a new job, the only thing that was very much bothering to me was that I would be required to drive around 2 hours in the morning and back to home, in heavy traffic of Mumbai and suburbs. But, determined to endure the ensuing driving frustration, I went ahead with my decision.

But as They say, everything has two sides to it – a promising and a discouraging one. But Most of the time we are so much focused on only one aspect that we completely miss the other side. Even a seemingly unwanted situation holds in it a brighter aspect, but hidden – and the same can come to fore only when we actually enter the scene and live through it.

The same happened with me in above situation. Instead of cursing the traffic I consciously used the long commuting time to listen books on Audible, listening to you-tube videos of Om Swami, Sadhguru, Osho, etc . This time has now become my exclusive wisdom learning time and satsang time. Although, such every day long drive is physically tiresome, but at mental level there is no agony, and a commute which otherwise would have become a suffering (or appeared to be so in the beginning) has now become a peaceful and joyful Journey.

In addition, my earlier complaint about not getting time to read, is now completely addressed. Recently I received e-mail from Audible about 2021-AudibleStats – according to which I listened for around 7500 mins – similar time I may have spent on you-tube also. Having listened for so much time with keen interest, it will definitely affect my conscious and subconscious mind in a better way – because what we hear, see and read, shapes our thoughts, and our decisions and actions are determined by these thoughts, which ultimately decides our Destiney. So, at every level this long hour commuting has been a blessing in disguise for me.

There is a beautiful chinses story I heard – narrated by many including Osho.

There was an old man in a village, who worked in his fields with his horse for many years. One day his horse ran away. Upon hearing the news, his neighbors came to visit and said sympathetically “Such a bad luck,”.

“Maybe yes, maybe no, only God knows”, the farmer replied.

The next morning the horse returned, bringing with it another other wild horse. “How wonderful. It was not a misfortune, it proved to be a blessing”, the neighbors exclaimed.

The following day, his son tried to ride one of the untamed horse, was thrown, and broke his leg. The neighbors again came to offer their sympathy for what they called his “misfortune.”

“Maybe yes, maybe no, only God knows” answered the farmer.

It happened that after a few weeks the country went to war with a neighboring country, and all the young men of the town were forcibly taken for the military. Only the old man’s son was left because he was crippled.

The whole town was crying and weeping, and they came to the old man and they said, “It proved a blessing. Maybe your son is crippled, but still he is with you. Our sons are gone for ever.”

So the take away is that every seemingly undesirable situation or thing also holds a promise of something brighter and better. Look for the brighter aspect and be happy in no-judgment.

PS: Think about it!