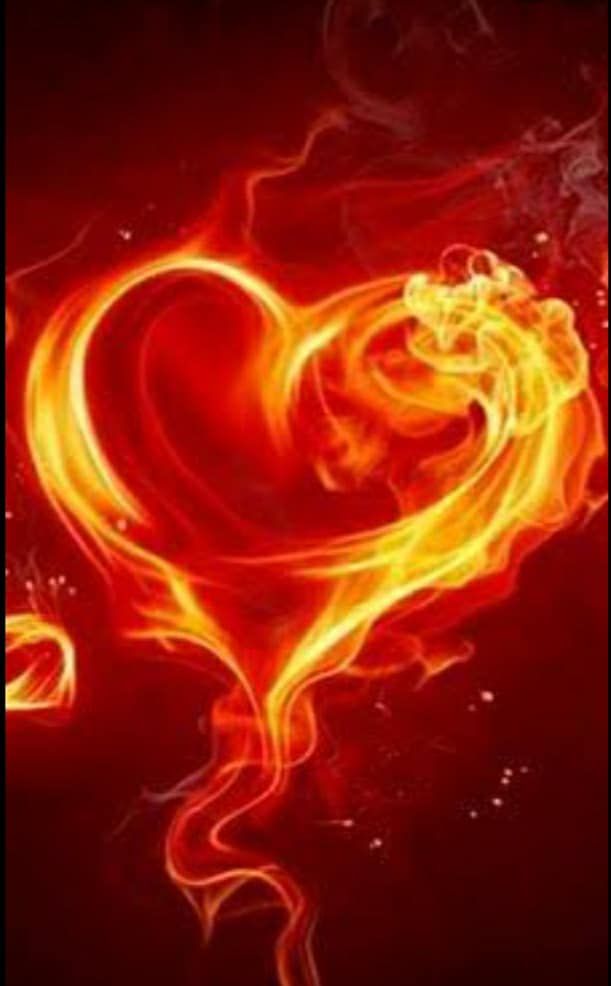 Okay,readers! Get excited for a love story?(The answer of this question mark would be the gist of this post)

Disclaimer Alert:This is a real story.Characters’ names have been changed (I don’t know, why?😅). Through this story we’ll further delve deeper in understanding of concepts like love, attachment, true love,self love,role of spirituality in love and many more.I have no idea about the length of this post but I strongly believe in the patience of os.me members(chuckles).

One-sided love…ah!pain..tears..anger..Oh! not from here.. let’s start from the beginning!Well,this earth came into existence……Not from here ,Mr Narrator,you are just overestimating the patience level of os.me members (chuckles).

Alright,a young lad named Himansh has started to perform well in studies due to the promixity of his best friend who is a topper of the class(8th) named Atharva,not by cheating da! that’s the effect of good company.Well,Himansh is not only good in studies but also quite interested in her classmate named Iksha, second topper of the class.Our Aashiq Himansh has strong feelings for Iksha since last two years.

However,he doesn’t have enough guts to express his feelings in front of her and since it was 2011, where most of love proposals got drafted but never really posted(sorry for bad humour 😅). Oh!I have missed one thing.Let’s talk about physical attributes of our Prince Charming.Well,he has a wonderful face cutting, beautiful eyes,pouty lips…wait a second..Is Himansh a girl?(you can call me sexist,though I am not).Exactly he has a good looking face with below average looking body structure.But does that matter? Look,no one knows because he has never expressed himself before Iksha.

Best part is that even his best friend, Atharva has no idea about his liking.If Himansh’s female friend who is best friend of Iksha is to be believed,even Iksha also has strong feelings but sad part is,not for our Himansh but for Atharva.Days passed by,next year everyone going to promoted in next class and our shy Aashiq has no clue what is going to happen next after holidays.

Bell rang, everyone is reuniting and sharing their stories (it was a time with no smartphones),there is joy everywhere,you can easily sense it from the body language of our newly promoted seniors(Class-9th).But,look at Himansh, perplexed and sad.Why? Well,he is not able to find his two most beloved faces-Atharva and Iksha.Where are they? Someone informed Himansh that both got admitted in new schools of different cities.This news is too hard for Himansh to be digested.For Himansh it seems like the end of the world.

But,the good thing is end of the world is always not a matter of sorrow because in reality it is the end of world which you have created not the end of the real world, definitely not the end of other possibilities of the world(if you know,what I mean).And yeah,another sad news is neither Himansh-Iksha nor Atarva-Iksha got united, since Atarva move on to different city while Iksha remains in the same city but in the different school situated in the same city of Atharva.Destiny has its own play.

So,love traingle of Atarva-Iksha-Himansh…A-I-H..(All is hell or All is heaven,yours perspective 😅)got disintegrated and become straight line again in search of their next suitable geometrical figure.

Back to the main character of our story-Himansh.His best friend has left but in those 3-4 years,he taught him the importance of study.Now,Himansh is no longer remain with his best friend but he has developed the same dedication towards his study as his best friend once had.

This is Class-9th,Himansh with his back to back spectacular performances grabbed the first position in the periodic tests.This is the first time ever he got first rank in his life with 100% score in Mathematics.As I told you earlier it may seem like the end of world but not in reality,it is the case.So, Himansh with his jolly nature again make good fantastic friends.And a new love story sprouts deep in his heart when he saw a newly admitted girl named ‘Khusboo’, again second topper.Himansh seemed to be sapiosexual😅.

This time it is not hard for Himansh to get the attention of Khusboo as he is already the topper of the class.But,nature always works on the beautiful scripts.So,it was the Maths teacher of Class-9th which nature made its instrument in building the bond between Himansh and Khusboo.(Those were the days when boys and girls don’t interact usually,they don’t talk).

No one in the class really is in the sync with the teaching methods of Miss Fatima.Everyone wants to replace her but for this class needs a leader and look who are the leaders-Himansh and Khusboo and finally the ice melted between the two and they started talking.Khusboo looks quite impressed with the talent of Himansh,I am damn sure not with looks(chuckles).Himansh often find himself in solving physics numericals asked by Khusboo in the guise of their chemistry (chuckles).

Well,who made the first move? Fear!What?..Yeah,readers you heard it right, fear;fear of loosing.Actually one of the friend of Himansh told him that Khusboo is dating someone,who lives in his neighbourhood.And this news startled him.Again,nature with its beautiful scripts dragged him in such a condition in which he felt that he was loosing something and bang, Himansh ,on the spot after hearing such news has decided to proposed her.

It was Dec 24, everyone was busy in the preparation of Christmas including Khusboo and Himansh,well he is also busy in the play of nature (chuckles).Himansh told Khusboo to met her in the secret water cooler place. Every school has one such secret spot back then(remember,2012,no CCTVs).Well,a good make-up place for boys,water cooler..yeah,they just have to wash their face once and it’s done(chuckles); definitely not a make-up place for girls(chuckles) and here puberty is trying hard to transform this make-up place into make-out place(chuckles).So,Khusboo came,Himansh was already waiting.Himansh told Khusboo that he wanted to confess something (same old Bollywood story 😅).Khusboo,in response said ,hurry up! as she has to finish some projects.Well,Himansh said same old catchy line ‘Will You Marry Me?’ Oh! sorry I mean ‘I Love You’ and after hearing this Khusboo gave same reaction as shown in Ekta Kapoor’s serials and said that she love him too.Himansh in complete ecstasy and Nature,well he is also enjoying (श्याम तेरे काम बड़े अचरच भरे).Himansh told Khusboo not to tell anyone about this,ah! look at his innocence (chuckles).Well, Khusboo promised not to telling it to anyone and then she tells everything among his friends (chuckles).Who wants to hide that, no-one!

Next day,news spreads like a fire in the classroom.Well,no surprise because this class,first time got its couple.Class raises its arms and embrace its newly couple but again naughty nature has its own plans.

It is a popular belief that after being in a relationship ,one’s academic performance graph started to fall down but here,on the contrary,it took a leap in the positive direction.(Don’t get surprised,I told you da,no mobiles,and they were toppers😅).So,exchanging gifts,sacred rituals of lovers makes its way.Pens,letters, chocolates and many more.

March…hmm… someone’s birthday is coming.Khusboo wanted to celebrate her birthday with Himansh but schools are going to closed soon for session break.

This is the last day of this session,just one bell,and everyone will be in the lap of long holidays.Clock goes by…tick…..tick… tick and suddenly tick sound got replaced by the sound of the bell…tan…tan…tan…and a wave of happiness started to flow among students in the same way as waves generated on the surface of still pond on throwing a stone.All eyes are set on the exit door except some eyes are set on the love door of each other’s eyebrows.Yeah,I am talking about Khusboo and Himansh.Khusboo wants to give a chocolate to Himansh as her birthday is approaching.In the empty classroom where desks and blackboard are simply staring at their lovely couples.Blackboard wants to draw their portrait in his heart whereas desks are eager to hear something new.They just got bored after hearing same lectures of the teachers and same conversations between the students over the years😅.Khusboo went closer to Himansh and offer him a bite of chocolate which is definitely not sweeter than the moment itself.Oh!it seems like air coming from window has some message for Himansh.Air said something to Himansh in his ears and then he looked in the eyes of his beloved with a piece of chocolate in his mouth and kissed on her cheek.Fans closed their eyes out of shyness.Suddenly the class door remind them that this is a classroom and since the door is not digital so it can’t display the information like -are you 18 plus? if yes then please enter the door😅😅.Clock again goes…tick..tick…tick…after all every moment has to pass, doesn’t matter if bell rang or not but time will not stop.Maybe,their heartbeat stopped though😅.

Class-9th results announced and look at the topper,rising star,future of school,Himansh.He has also blessed with good mic skills, very different from natural toppers,not much interested in books but has great interest in philosophies and very vocal.

Days passed by,Himansh noticed some drastic changes in his feelings towards Khusboo.The face where he once finds his solace no longer serves that purpose,the activities which makes him smile started to irritate him.What happened between them…no fight… nothing! Then??

How can love be faded over time?…Love is eternal.It is not possible.Well,there is something which fades over time but what is that something? What is its relationship with love?

Himansh started ignoring her without telling her any reason of his act.Due to the selfishness of Himansh, Khusboo suffered a lot.The effulgent face of hers now appears dry.She has no clue of what happened.Don’t worry readers…Karma will manage all.

What happened to Himansh??In next episode.

Thought and Life
Happiness Versus Blissfulness