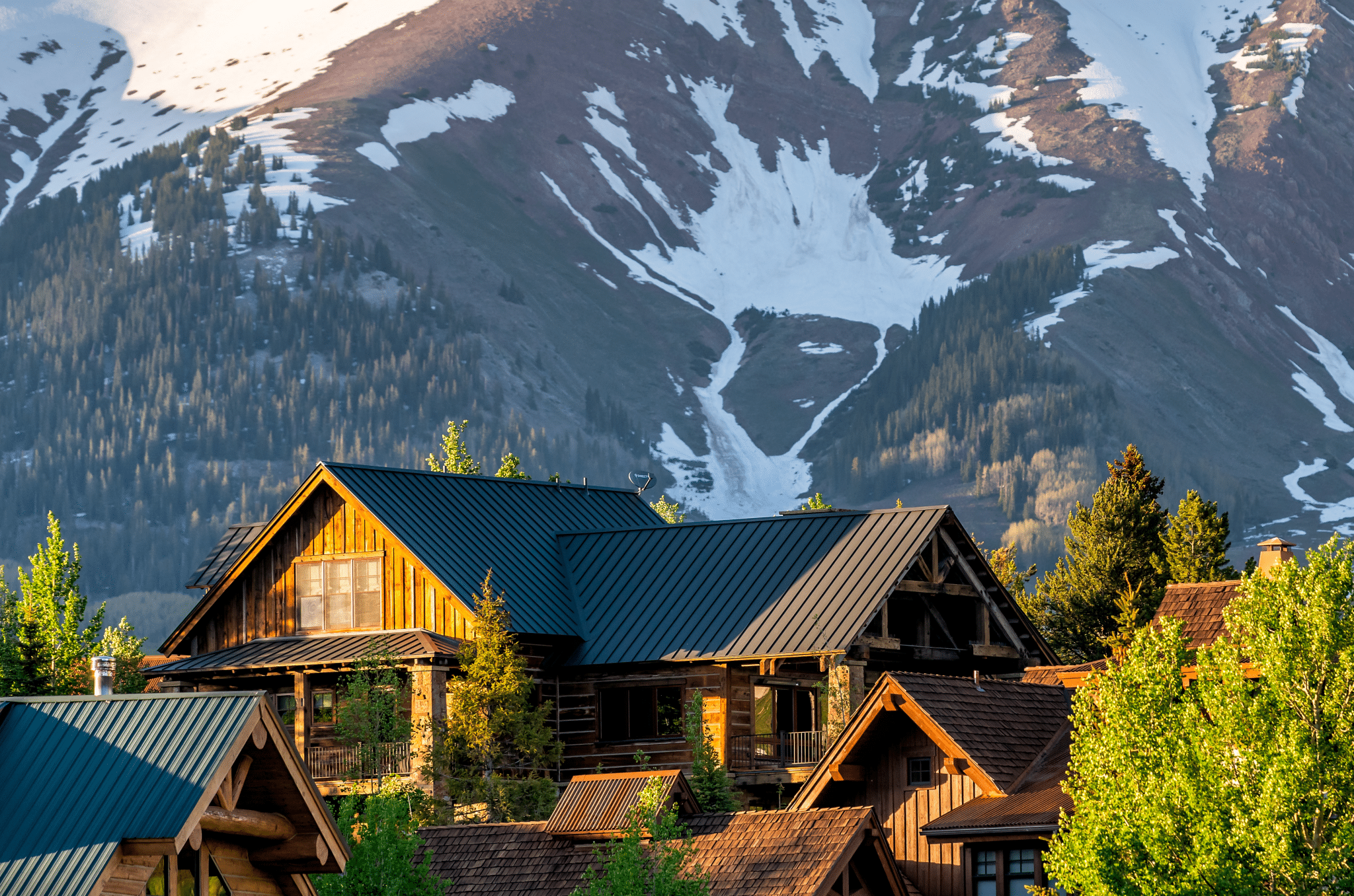 How to keep from falling off a cliff

Once upon a time, in my mid-twenties, I was the college minister (along with my first wife Lisa) at the fastest-growing Baptist church in Texas. We had more than one hundred young adults joining us on Sundays and Wednesdays at the ministry’s height.

Several of the parents that helped us in the ministry wanted to take the group on a ski trip to Colorado, and thus, we did. Some carpooled. A bunch rented a tour bus. A few flew on planes. All total, more than one hundred and twenty folks went on that trip.

At the time, I weighed four hundred and sixty pounds and had a sixty-inch waist. I remember a particular day during the trip. I was wearing a Ralph-Lauren 6x hoodie with only the letters “R.L.” on the front. A young freshman girl asked me, “What do those letters stand for?” I replied, “Really Large – it’s so Nasa can identify fat people from space!” and laughed. Not getting the joke, she got a sad look on her face and said, “Awww.” Still laughing about it to this day!

My doctor had hinted that I shouldn’t be skiing by saying, “If you break your leg at your weight, you’ll likely be crippled for life.” So during the day, while all the college students were skiing, I was tubing. If you’ve never done tubing on ice before – really, really fun. Also, it can be somewhat dangerous. Much less likely to break a leg, however, than skiing.

Looking from the front of the ski lodge, you could see ski lifts on the left-hand side and tubing on the right-hand side, so it worked out perfectly. Whenever I was finished tubing, I’d watch for a group of students who had finished skiing, and we’d take a shuttle bus together in front of the lodge back up the mountain to our cabins and meeting area.

One afternoon when my wife and I had finished our day of activities, we met a bunch of students we knew well. We boarded a completely packed shuttle to take us up to our cabins. Most of us found seats about halfway to the back of the bus.

The road in front of the resort was just a single lane in the shape of a square. In order to go up the mountain to the cabins, the bus would immediately take a left as it pulled away from the lodge. It would then go down about a hundred yards to a stop sign and take another left. Another hundred yards or so, there was a second stop sign. At that sign, the bus would take another left essentially making a three-sided square at a final, third stop sign, where there was a t-shaped intersection. The bus needed to take a right turn at that third stop sign and then, a few yards later, a left turn to proceed up the mountain.

There was a cliff right in front of that third stop sign that made the top of the “t.” So if someone didn’t respect that sign, it was time to meet their maker. The angle of the mountain going down was super steep. I remember it being a two-hundred-foot or more drop. That part of the mountain could be seen easily from where I was tubing all day.

Snowplows would come through each morning and clear the road in front of the resort. Every day there was snow piled on the sides of the road three to four feet high.

Every time we used the shuttle, the passengers riding with us were obviously from many different countries. Everybody was speaking continually on these rides, having come off a day of fun, and the bus was always noisy. I remember a couple standing in the aisle near where I was sitting was speaking French. The bus was packed for this particular trip up the mountain – not even standing room was available.

As we pulled up to the first stop sign, the front left portion of the bumper scraped the snow that was piled up along the side of the road. It made a “cccrrrrrrrrr” sound as it did. The bus came to a stop, and everybody just kept on talking. No one noticed.

When we came to the second stop sign, the bus driver didn’t make a clean stop. He “kind of” stopped, sloppily about five feet past where he should have. As a result, the bus’s bumper barely passed the snow on the right-hand side as he made the second left turn. Again, no one else noticed the driver’s behavior. They just kept on discussing the day’s events.

The second incident of lousy driving got me up out of my seat. I made my way quickly to the front of the bus and stood immediately behind the driver. About halfway to that third stop sign, while accelerating, his head bobbed like he had fallen asleep. I stepped to his immediate right and said, “Sir, please stop the bus immediately.” When I did, he turned hard to me and yelled, “Don’t tell me what to do! Sit down!” while slurring his words. The entire bus fell silent.

I grabbed him by the back of the neck, pulled him from his seat into the floor. While at the same time, I sat down in the driver’s seat, pulled the emergency brake, and turned the bus into the snowbank on the left-hand side of the road. We stopped about ten feet from that two-hundred-foot drop I told you about earlier.

Later we found out that the driver had been suspended previously for driving while under the influence of heavy prescription drugs. On our fateful trip, it was Prozac that had done the number on him.

About two hours later, after the ambulance and police had finished their work, the resort manager asked to speak with me. He promised to give our group many free perks and then asked me to sign a universal legal release he had hastily prepared. When I looked at it, the combination of the adrenaline rush and almost having died caused me to start laughing. I handed the paperwork back to him, unsigned, and walked out of the resort, still chuckling.

Everyone survived. No harm, no foul. As we say in Spanish, a great “anegdota.”

As I was thinking back on this story, I initially thought, “Baba allowed me an opportunity to act in love.” But then my Guru corrected me and said, “No, you took advantage of one opportunity to love out of the dozens you have each day.” He’s always right.

Humanity has learned to fuel themselves with the fruits of fear, the greatest of which is materialism. If a soul has awakened to Truth, they can see that just about everyone in this reality (Kali Yuga) is headed toward some sort of emotional crash. Nearly all you’ll meet in this life are suffering.

Most of us communicate with a couple of dozen people each day. In each of those interactions, the Universe gracefully allows us an opportunity to love or to be apathetically selfish. A significant percentage of us choose the latter. But let me tell you how easy it is to do the former.

It could be your genuine smile, a door held open, or a note of thanks. It could be the brightness in your eyes or the kindness in your tone of voice. You can give a sincere compliment. You may encourage and inspire – point a soul toward the Divine! You might be an active listener or one who takes a moment to empathize with another. You possibly can be the person someone who brings peace to a chaotic situation. Being present is being loving.

If I’d missed my opportunity to act back on that bus ride, I’d probably not be writing this to you now. Because I’m still here, I want to encourage you with this story not to miss any of your opportunities. Don’t look just for the big ones – pay attention to all of them.

As you go about your day, realize that most people you encounter deal with weighty emotional things you know nothing about. Things that cause their life to “crash” from time to time (our karmic cycles). You have a lot of possibilities to bless others that I hope you won’t avoid.

Every connection we make is an opportunity to love. If you go around encouraging everyone you meet, I promise you’ll stop a considerable number of emotional disasters.


Login with Email
No Account? Create One
What is the Hardest Thing to Do in This World?
KHULJA SIMSIM.. from Rags to Riches Infinite!