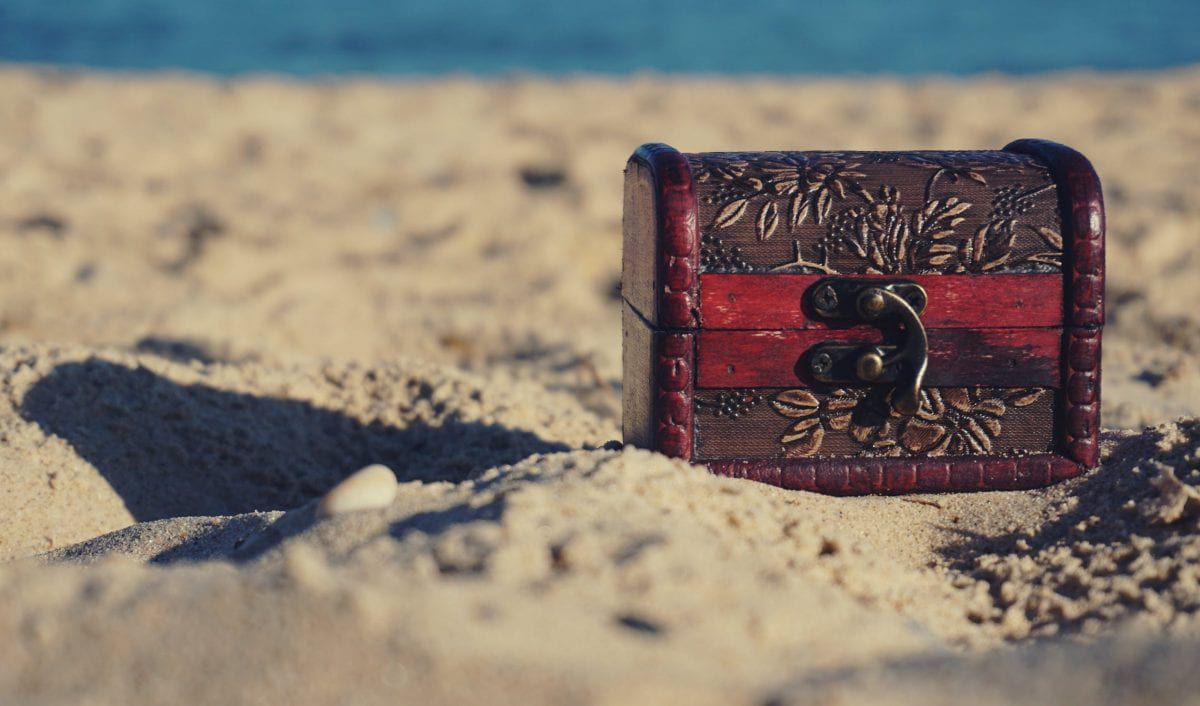 The Luck of My Life

How I unearthed a treasure that ended my pursuit for wealth

Some people strike it rich in a jackpot, others in a lottery, and yet a few in matrimony. But I made it via a treasure box.

I earmark Saturdays for doing errands – going to Karol Bagh to buy coffee powder, or to see if a dip into the weekend ‘clearance sale’ will in any way improve my appearance, or to fix the wall-clock glass broken by my son attempting a Kapil shot indoors.

That particular Saturday I had three jobs in hand. First, to take out the jewellery from locker in a Karol Bagh bank (my wife wanted to wear it for a Reception later in the evening). Second, to meet the share broker in Connaught Place to check if the shares he had me buy in bulk with great promises, were selling anywhere near par. Third, to collect the colour photos I had taken of my sister-in-law’s marriage, to make my debut at photography. (Incidentally not a single snap I clicked found a berth in their album.)

Since the bank closes for public at 12 noon on Saturdays, I headed to the bank first. I opened the locker and slipped my hand in. What little things we had kept were all safe there, including some empty fancy boxes that, to be honest, looked more kingly than the king himself. But as I dug deep into it, I chanced upon an antique jewel-box that was definitely not ours. I took it out gently. It was locked but was heavy. When I shook it, I could hear the rumblings of pearls and diamonds.

I have read in newspapers of items being removed from one’s lockers, but never of a thing being added. Anyway, this is not the time for cross examination.  Couldn’t wait any longer. I must hurry home to see the contents. Telling myself so, I drove home straight at a speed I had never ventured earlier, making sure at every signal-stop to check if the dickey of my two-wheeler was not open, which it had a tendency to when subjected to bumps and jerks.

On the way I estimated the worth by its heaviness and decided on my plans. ‘Come what may, I must go for a house in South Delhi. A car comes second. Then a colour TV (surely a few inches bigger than those of both my neighbours), and a VCR. If I am still left with sufficient money, maybe I could buy two identical necklaces for my sisters, and a slightly costlier one for my wife.

‘Anyway, God is great. If He denied me promotion the other day, He has more than compensated me for it in another way.’ “After all,” I asked myself, “How could the good deeds of my grandfather in feeding 1008 Brahmins in a row after washing their feet and giving them a home, agricultural land, cow… in daan  go unrewarded? Surely not.”

I reached home and sent the maid to a far off shop to fetch a difficult-to-get item that was not of immediate necessity, just for the two of us to be at home.  My wife was at a loss. I asked her to close doors and windows and to draw the curtains. She grew suspicious. Then I unfurled the straw mat on the floor. That left her with no doubt. She shouted, “No nonsense, whatsoever.”

“Calm down dear, can’t you think of anything better? See what I have brought for you. I didn’t want the precious items to spill on the floor. Hence I spread the mat. You get it now?” I asked her.

Then I showed her the treasure that had found its way into our locker. Seeing it, she began to laugh uncontrollably. I had known of people falling unconscious at such a windfall, but never of getting a laughing-gas effect.

‘Maybe, it is a little too much for her to bear, being of a tender heart,’ I suggested to myself, and began to calm her down, as her laughter could attract the attention of neighbours, and they might see us either with a treasure box in hand, or a mat spread wide, curtains drawn, laughing merrily…

A few minutes later when she became normal she said: ‘I forgot to tell you. The other day, before leaving for Madras on vacation, your sister Leela gave me that jewel-box for safe-keeping in our locker.

The aftermath. In the excitement of unearthing a treasure I forgot to pick the listed ornaments. And everything has a price. On return from Reception, the lady of the house gave me a dressing down. “You and the luck of your life. Sonu’s mummy, Anuradha, Popli, Meenakshi, Prema… were ‘neckfull’ with the best of their jewellery. And I? My existing collection itself could not see the light of the day, let alone the pearls and diamonds from a jackpot.”   A purgative enough to last seven days.

89 comments on this post. Please login to view member comments and participate in the discussion.