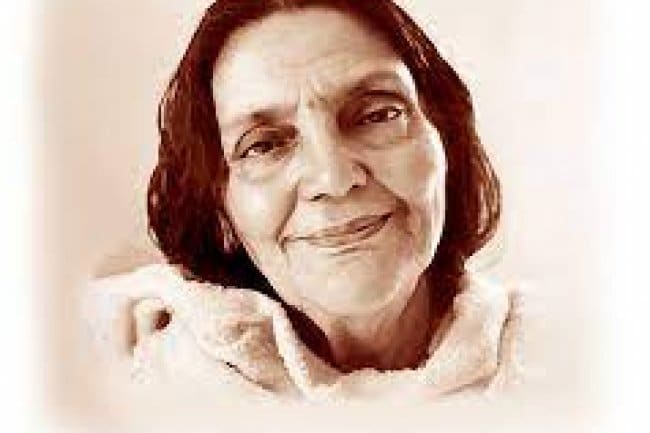 A TRIBUTE TO MOTHER

In Remembrance
Clothed in the glories of the Universe around
your head a crown of stars, remote and yet so near.

Bathing me in the still waves of peace and
bliss. With the essence of all the beauties of the universe soothing the sores
of homesickness for Thy abode eternal! and feeding silently my heart.
Oh Ma!

Ma
Don’t leave me in the turmoil
of this foolish world,
make me remember Thee, my real Self.
Then, in a twinkling of an eye
the clouding structures fail to pieces,
hiding no longer Thy shining Face

(Jyotish Chandra Roy was born on 16th July 1880 in a high caste Vaidya Kulin Brahmin family. His father, Govind Chandra Roy was born and brought up in a highly respected cultured conservative family. He was a virtuous and saintly person. Bhaijee had two elder brothers – Durga Kinkar and Satish. The eldest brother died very early. The second brother Satish served as The District Sub-Registrar.

After a brilliant academic career, Jyotish joined the State Department of Agriculture , Govt. of Bengal in Dhaka. He rose to become Personal Assistant to the then Director of Agriculture, Mr. Finlow and was awarded ISO by Her Majesty’s Government. Bhaijee had his first Darshan of Ma Anandamayee at the Shahbag Garden, Dhaka in 1924

Jyotiscandra Ray, known as “Bhaiji,” was an early and close disciple. He was the first to suggest that Nirmala be called Anandamayi Ma, meaning “Joy Permeated Mother”, or “Bliss Permeated Mother”.)

Here is the link of the poem-https://www.anandamayi.org/bhakti/poems1.htm


Login with Email
No Account? Create One
आसक्ति
Trust Your Inner Voice