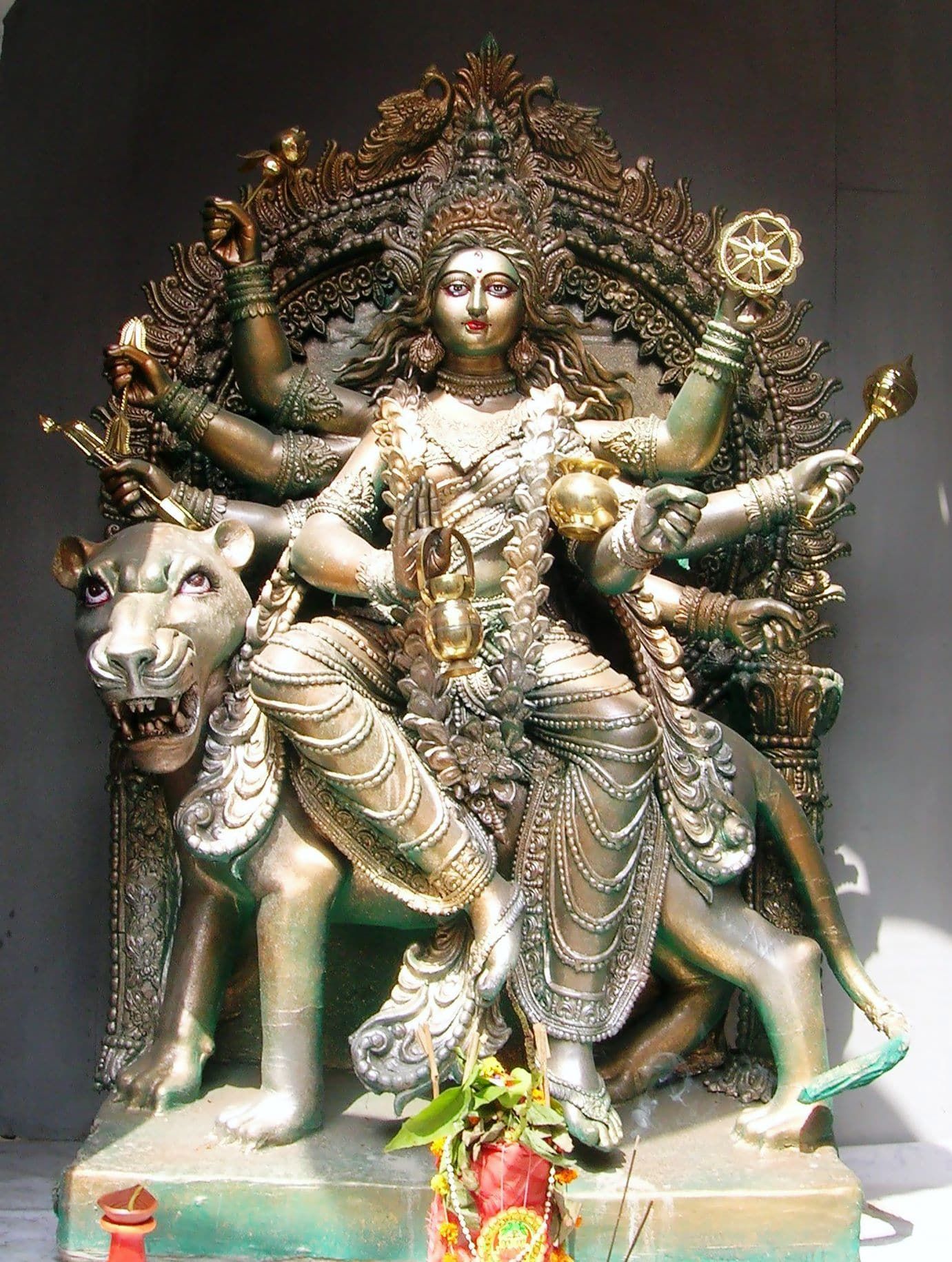 On the fourth day of Chaitra Navratri, Maa Kushmanda is worshipped. Maa Kushmanda, who’s known to have created the universe with her smile and happiness, resides in the abode of the Sun God. The goddess who rides a lion is represented with eight hands holding a kamandalu, arrow, lotus, trident, a jar of nectar, mace and a discus. Devi Kushmanda has eight hands because of that She is also known as Ashtabhuja Devi. The name Kushmanda is a combination of three words – ‘Ku’ means little, ‘ushma’ means  energy and ‘anda’ means an egg. This translates to the one who created this universe as a ‘little cosmic egg’.

It is believed that when the universe did not come into existence and there was only complete darkness around, a ray of divine light appeared. It soon started to take form of a lady. The divine lady, the first being of the universe was none and only Maa Kushmanda. It is said that her smile eliminated all the darkness around. She is the one who created the Sun, the planets, the stars and the galaxies and took the seat at the centre of the Sun.

The devotees of Devi Kushmanda take a bath and wear clean clothes before beginning the puja. To worship Goddess Kushmanda, the devotees chant several mantras, stuti and slokas on the fourth day of the Navratri. The devi is then offered shringar samagri like sindoor, kajal, bangles, bindi, mirror, anklets, perfume, earrings, nosepin, necklace, red chunri etc. The devotees offer prasad of malpuas, halwa, or curd to Maa.

Those who worship Goddess Kushmanda are blessed with a good vision and freedom from mental afflictions combined with a good social image. Maa Kushmanda blesses her devotees with happiness, prosperity, wealth and a disease-free life. She is believed to improve health, bestow wealth and strength of her devotees.