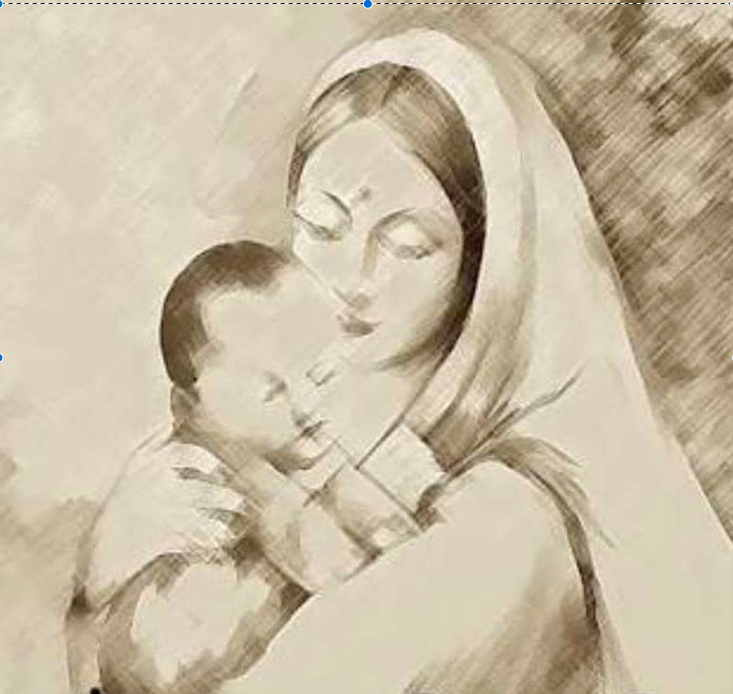 Madalasa Updesha: A Lullaby from Puranas

The Woman Who Challenged Names and Labels

What’s in a name? That which we call a rose

By any other name would smell as sweet.

We are so attached to our names. How heady is the sound of it! How happy are we when people remember our name! We try to live up to our name and its meaning. No wonder children are given meaningful names, and they should be. Yet, a child responds to any name that a mother calls her by. Indeed, the mother is a child’s first Guru. She imparts the formative lessons. From babbling to coherent speaking, a mother guides the child most lovingly and makes him ready for life. There is a fascinating tale about a sagacious mother and yogini, Madalasa, in Markandeya Purana. Madalasa was the daughter of a Gandharva and the queen of king Ritdhwaja. He had rescued her from Patala where a demon had kept her captive for years. It is a long winding tale with a series of dramatic events. You can read it in detail here. For this post, we will focus on the aspect of Madalasa as a mother.

After a few years into their marriage, Madalasa and Ritdhwaja get blessed with a baby boy. Taking the child in his arms, the king names him ‘Vikranta’ (the one with great valour and courage). On seeing him do this, Madalasa laughs mockingly. The king is bewildered by her attitude. Meanwhile, the newborn begins to cry. With the baby still cradled in her lap, Madalsa begins to croon a lullaby. Couched in her soft notes is the kernel of Vedanta knowledge. She points out the futility of a name in the transient human life. She reminds her baby that he should not cry or get associated with the name, which is just a tag for the body he has incarnated in. He is a pure soul. Madalasa expounds on how human suffering begins from naming and claiming things as one’s own. This powerful lullaby is known as Madalasa Upakhyana or Madalasa Updesha. Madalasa would have experienced and lived the contradiction. Her own name Madalasa (Lazy with intoxication) was paradoxical to the spiritually awakened person she was.

The next two sons born to Ritdhwaja and Madalasa were named Subahu (the one with beautiful arms) and Shatrumardana (the vanquisher of enemies). Whenever Ritdhwaja named his sons, Madalasa laughed in derision. The princes’ magnificent names were just empty words to her. Meanwhile, she continued to impart knowledge about Vedanta, dispassion and the illusory nature of life. They grew up with a strong spiritual core and detachment for desire and enjoyment. All three of them renounced the kingly life and moved to the forest.

At the birth of the fourth son, the king asked Madalasa to name the child instead. Quite nonchalantly, she named him “Alarka”, or a mad dog. With three princes already gone, king Ritdhwaja requested Madalsa to leave the fourth son for kinship. So, Madalsa trained him in statecraft and the duties of a king. Alarka grew up to be a righteous king while retaining a robust spiritual temperament. His life story is a sweet reminder of the fickleness of labels. Our names will never determine the people we would become; our efforts most certainly will.

Madalasa Updesha: The Tale of the Singer

I stumbled upon the exquisite rendition of Madalasa Updesha by Gabriella Burnel while researching Bhajans for one of my Devi writeups. It was no coincidence. Gabriella’s voice has a magnetic pull. I was captivated by the depth of the Sanskrit verses rendered in Gabriella’s powerful vocals that seem to evoke esoteric secrets. On closing my eyes I felt as if I was drifting to the majestic Himalayas or Scottish Highlands. You can know more about Gabriella here and here and support her on Patreon. I am no expert in Sankrit; however, her rendition, throbbing with motherly energy touches the listener irrespective of whether they know Sanskrit or not. Gabriella’s voice will transport you to another realm. Please do take time to listen. 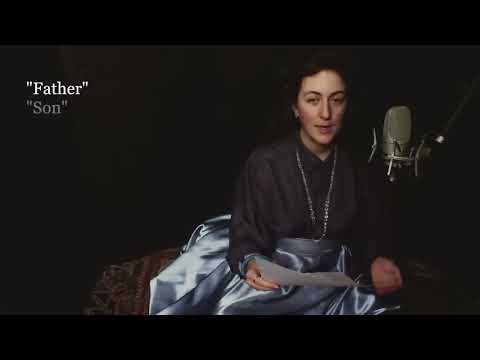 Gabriella has donned many hats: a Sanskrit scholar from Oxford, a singer and a stand-up comedian. After completing her studies in Sanskrit, she found herself at crossroads. There was no demand for her skill. Gradually she began to teach Sanskrit at Yoga schools and recorded Sanskrit music and chants. She got commissioned to record the Madalasa verses from Markandeya Purana. When asked about her creative process Gabriella says,

“One day, in a class with Nikki Slade, a great teacher of Mantra and Voice, she asked me to ‘become’ Saraswatī. Not using Sanskrit mantras, or anything I had ‘learned’ just with myself, to become a vehicle to allow the energy of Saraswatī to flow through me. I remember during these ten minutes so much beauty, love, energy and joy poured through me in the form of sound and song, in a most unexpected way, it took me by surprise. Another time she asked me to ‘become’ Kāli. A completely different energy, a dynamic powerhouse and strength. After this I melted into tears, because I couldn’t believe the power and strength that could flow through me.
These experiences proved to me that I am just a vehicle for these sounds, and to be the most powerful vehicle, it was absolutely imperative that “I” disappear, and that this body and mind are purified as much as possible. If I am to sing, the song needs to be part of every fibre of my being. And when I say ‘song’ I mean the very essence of music needs to be breathed by the cells of my body, and the sounds of Sanskrit to be as second nature. The thoughts I think need to be as far as possible, clean and true and positive. Sanskrit helps me with this. Singing and Sanskrit are life for me they are not separate not work, but everything. So almost every choice is made in connection with this.
When it comes to singing to record a song or singing it live it is completely different from practicing. For in these heightened situations, something changes, something happens, and shortly before they start, I ask, without words, for help, and then trust completely and implicitly that the help will be given. The rest takes care of itself. And it is nothing to do with me.” (An Excerpt From Gabriella’s interview on Patreon.)

While recording Madalasa Updesha, Gabriella faced the camera and the recording equipment with the unique sentiment that she was a mother to one and all.

For writing this piece, I went through Markandeya Purana and different articles and videos about Madalasa Updesha. I found that in Gabriella’s rendition and the lyrics available on other links, the second last verse of the Updesha had been dropped. This was a happy surprise as this verse is remarkably regressive compared to the rest of the Updesha. It warns about feminine seductions and how a woman’s body is a sure shot route to hell. This seemed utterly dissociated and removed from the fierce thought process of an iconoclast like Madalasa. The presence of such patriarchal litanies in Madalasa’s language indicates an overarching control of men in the formulation of scriptures. Even today, women are blamed for the other gender’s lack of control over libido and aggressive conduct. Several foundational texts (Iliad-Helen of Troy, Ramayana-Sita, Mahabharata-Draupadi)are proof enough that the most convenient way to explain battles and catastrophes is by blaming women for them.

As we revisit our scriptures and revive the Sanatana dharma, it is essential to sift through the texts and fearlessly reject what is defunct and regressive. It also requires sensitivity not to throw the baby out with the bathwater. Scriptures are a goldmine of knowledge; however, it is necessary to study, contemplate, reflect and get rid of the ideas that have run their course. Misogyny and caste discrimination are some of them. Only then we can hope to recreate a system that genuinely resonates with our times.

The Madalasa Updesha highlights a mother’s creative and instructive ability to shape a young mind. The mother (or a motherly father) has the power to teach the truth of life through a lullaby.