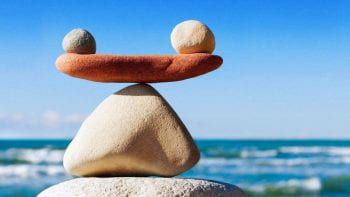 My friend Seema heaved a sigh of relief the day her husband retired. She had really been looking forward to it so that she too could take some time out for herself. Her husband was at a senior post and had the habit of getting guests along for lunch / dinner- without giving Seema any notice or giving her time to prepare. She hated it but like all good Indian wives ( my age :)) she never complained. Well not to her husband. I used to get an earful regularly from her about her husband being insensitive etc etc.Looking after their two sons , catering to their various food likings because they were busy studying and didn’t have time to be a help around the house, She had a full day and craved for time for herself,doing what she likes.

She hated to cook but being a people pleaser never learnt the art of saying “No”. Well most plans never really materialize the way you expect. She didn’t have unexpected guests dropping in but now she had a husband at home full time ,who had never developed any hobbies. So out of sheer boredom, and nothing better to, he would ask her to prepare some new dish everyday.  His  lack of inactivity was making him a difficult person.

The way things were going I thought that WWW 3 would soon breakout in their house. I told her to start setting some time aside  for herself where she wouldn’t be disturbed and she could read her books which she had been saving for years – she actually had a cupboard full- ” I will read them when I am free”.

“But won’t that be selfish?” she asked dubiously. ” I am not asking you to ignore your duties – just take some time which you like and do what you love in that time”. As coached she finally stood up for herself and told her husband that from 7-8 in the morning ( she wanted do her  chanting) and 7-8 in the evening( she wanted to read her books with a coffee in hand), she would be busy and won’t like to be disturbed. Her husband looked at her as if she was mentally disturbed. “What about my morning tea ? Evening snacks?” ” I can put the tea in the flask and snacks in the cassarole.” ” But I like piping hot tea straight from the stove”, he whined . “Well wait till 8.15 in the morning then”. The man at 60 just couldn’t comprehend that his wife could put herself first. I told my friend not to back down inspite of the cold war going on.

Slowly after a week of trying to make tea for himself and failing and also having to sit alone most of the time ( cold war going strong,) he told her that he had decided that she deserved some time to herself and he would adjust 🤨🤨.

Slowly my friend started taking some ME time and was a much happier person. Today she has finished atleast 30 percent of the books she had purchased. She tells me that it was a tough 15 days when her husband refused to adjust and was complaining to the children too, that their mother had become very selfish. It had hurt her a lot and very often she thought of giving in but one thought kept her going,” I MATTER, if not now then when will I do things that I enjoy??”.

I am no longer given a very warm welcome by the husband 😀😀 but the happiness on my friend’s face makes up for it totally.