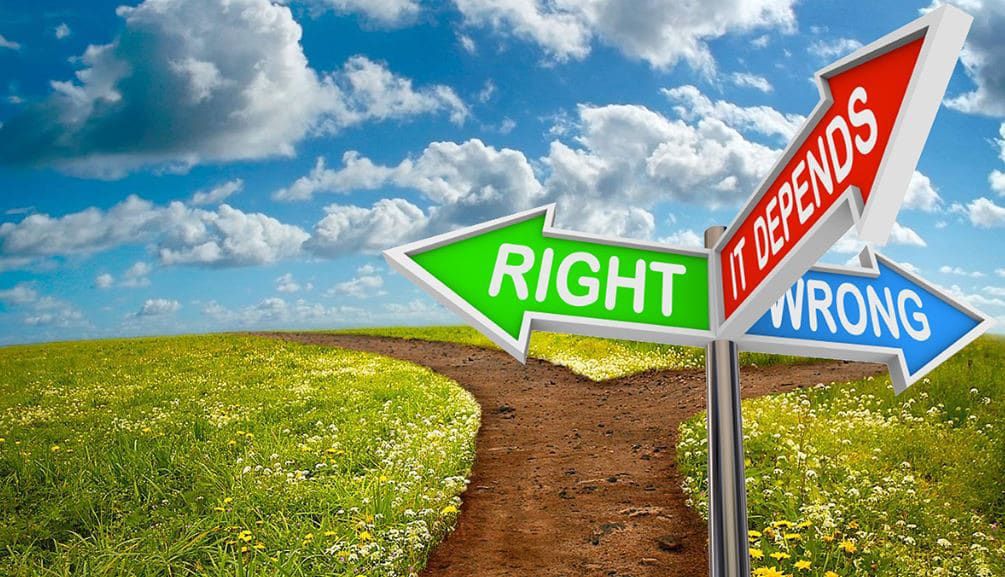 The secret to always taking the right decision!

All of us in life at different stages are faced with a situation where we are not able to decide what is right and what is wrong. Whether it was the teenage life or being an adult, we always had that impulse to reach out for things which we knew would not have a good forbearing; in that brief moment temptation overtook our sane mind and we take a step into the unknown. Later the guilt crept in and you ask yourself, could I have avoided that step? Well, there is no use crying over spilt milk.

Who hasn’t heard about Bill Clinton? On Aug 17, 1998, during a White House address to the nation, Bill Clinton confessed to having a sexual relationship with his intern Monica Lewinsky. I used poor judgment, and I was wrong, and I’ll regret it till the day I die, he said.

Another incident that comes to my mind is of Cameron Bancroft. The scene is the 3rd day of the 3rd test between Australia and South Africa in March 2018. Then Aussie vice-captain, David Warner, suggested to the then-skipper Steve Smith to tamper the cricket ball by rubbing it with sand-paper. But these two legends didn’t do this.

The action was performed by a young cricketer, hardly 10 tests old, named Cameron Bancroft. He had agreed to the proposal given to him by his captain and vice-captain, which he followed to rub the ball with sandpaper, and he tampered it well. And he was definitely caught red-handed. Well, all these 3 cricketers were banned from international cricket. Smith and Warner were banned for 12 months, while Bancroft faced a suspension of 9 months.

After their exile was over, Smith and Warner returned to the international arena, and the rest is history. Warner had a memorable CWC 2019, a brilliant 300 against Pakistan at home, a brilliant T20I century, and many more accolades. Smith had the best ever Ashes tour in over a decade for an Australian in England, had successes in franchise cricket, and became the fastest cricketer to 7000 test runs.

But what happened to their pawn? Well, Bancroft was the earliest to return to international cricket, but unfortunately, his career never took over again. His one mistake cost him his career.

I can quote many such examples wherein that spur of the moment a life devastating decision was taken.

So friends, how do you avoid taking wrong decisions? I have a simple test call the MAMA test/PAPA test.

When you are about to make a decision that you are not sure about, imagine your mother in front of you and try to visualize her facial expression reacting to your decision, similarly when you are a parent try to visualize your kid’s expression. In both the above scenarios if you see a smiling face, rest assured it is a good decision, but if you see scorn on the face, take a step back, reevaluate your situation and try to avoid it.