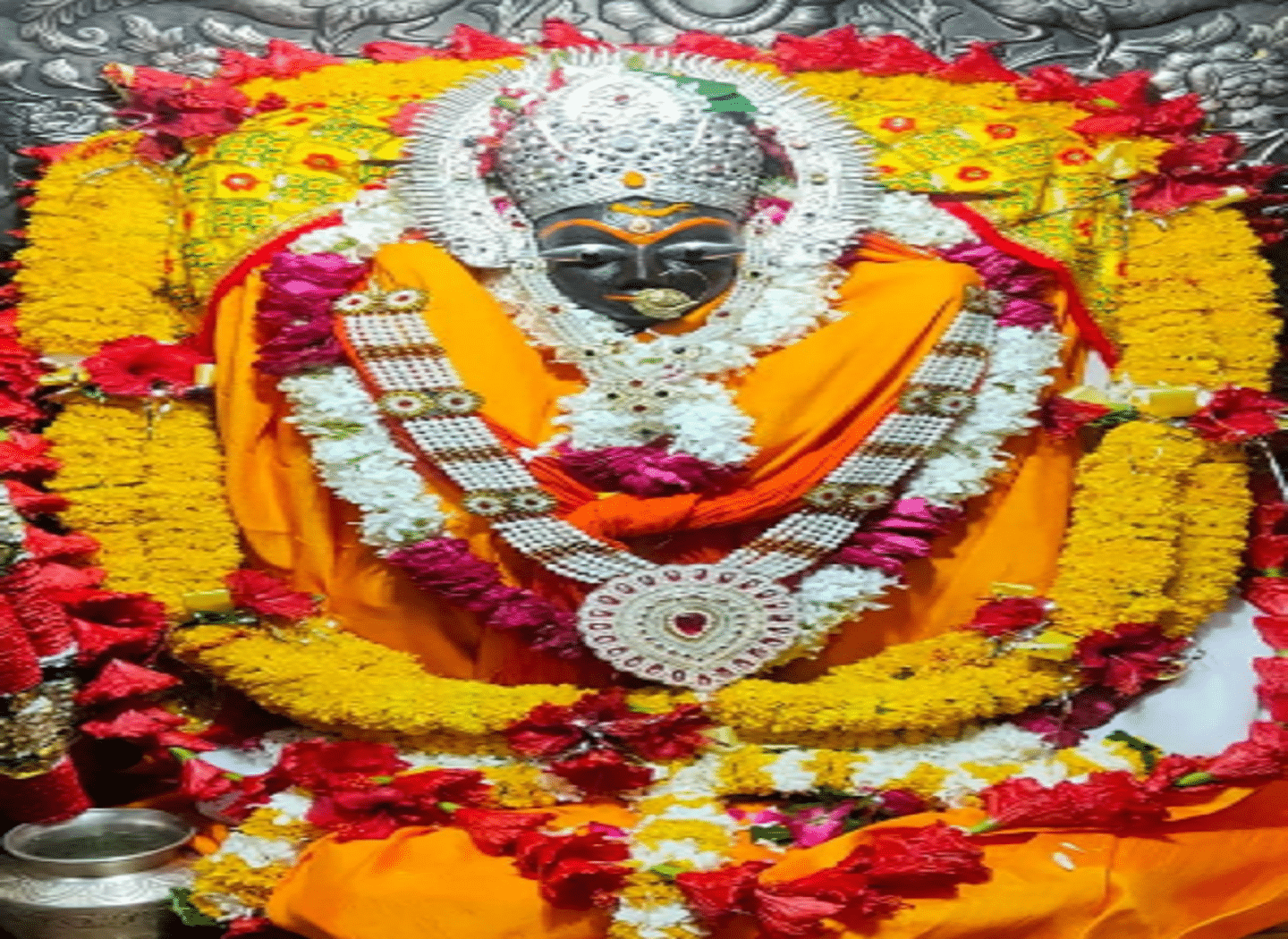 THIS ONE IS AN INTRODUCTION TO MY HOMETOWN, THAT LIES AT THE FEET OF MAA SHARDA.

‘HAPPY NAVRATRI’ to everyone.

Navratri is about to start and my town is already prepared to welcome thousands of people, ‘Pandals’ are set to welcome goddess and we all are excited to celebrate these 10 days (+1 for Dusshehra or Vijayadashmi).

MAIHAR (मैहर), a small town in Satna (district), M.P, INDIA is popular for ‘MAA SHARDA’ temple. The temple is atop a hill.
All through my childhood we would go to the temple, crossing around 1100 stairs, get blessed with ‘Darshan’ and then enjoy the sight of whole surrounding. These days, they operate ROPEWAY (cable cars) to reach at the top, which is an alternate way now.

Someone like me, who has grown up on the idea of doing hard work and then enjoying the result (i.e. climbing stairs and then having Darshan), Ropeway to me looks like an unethical shortcut. But it is very helpful for those having physical issues in climbing stairs and also to save some time.

MAIHAR was named so, based on two combined terms of MAI+HAAR (माई+हार). According to the scriptures, when Maa Sati jumped into the yajna fire and gave up her human life, grief-stricken Shiva, carried Sati’s burnt body on his shoulder and roamed all around the world.

According to one legend, Vishnu dismembered Sati’s body, cutting it into 51 pieces, with his Sudarshan Chakra (discus). All 51 parts of her body fell on different places and each one of them is known as a ‘Shakti Peeth’ now.
Meanwhile, according to the local stories, Sati’s Necklace fell on this place (Maihar) and that’s how MAAIHAAR (Mother’s necklace) later became Maihar.

I have already mentioned some interesting facts and story about the temple till now. But the most interesting one is yet to start.
I have lived in Gwalior and Bhopal and whenever I used to talk to some stranger, if they knew about Maihar, they were not much interested in 1000+ stairs or story behind this temple, but they were more curious about ALHA (आल्हा). “Is he really immortal?”, “Dose he come there every day?”, “Do they still find flowers there?”.

Alha was a general in Mahoba kingdom during 12th century. He also fought a war against Prithvi Raj Chauhan. It is said, during the war one of his brother got killed and that made him to take renunciation. Alha was a devotee of Maa Sharda. He practiced his Sanyaas in the jungle around the temple.

As per local believes, Alha was blessed by Maa Sharda and he became immortal. Since he is immortal and a big devotee, he still comes to the temple every day.
Each day when Temple priest open the doors of temple in the morning, they find some evidence of worship being already done.

Before closing the temple, they clean it and lock the door. All people leave the hill, except security personnel. But when they open temple doors in the morning, they either find flowers on Maa Shardaa’s feet or some signs of Arti already being done.
Even the security personnel have confirmed they hear ringing of bells or drums, coming from temple during 3-4 am in the night.

This story was covered by Zee News in one of their shows . (Video is in hindi).

There is a big music lineage of my hometown as well, but that is for another day.
Thanks for reading.

[Thank you Bhavani Prasad ji for supporting me. Still haven’t been able to buy premium membership, but keep commenting everyone. I will reply your comments later and thank you in advance for commenting.]
AnecdoteDevotionSlice of Life
Support This Author

Hair Fall and Appraisal
I Am Sorry Maa…