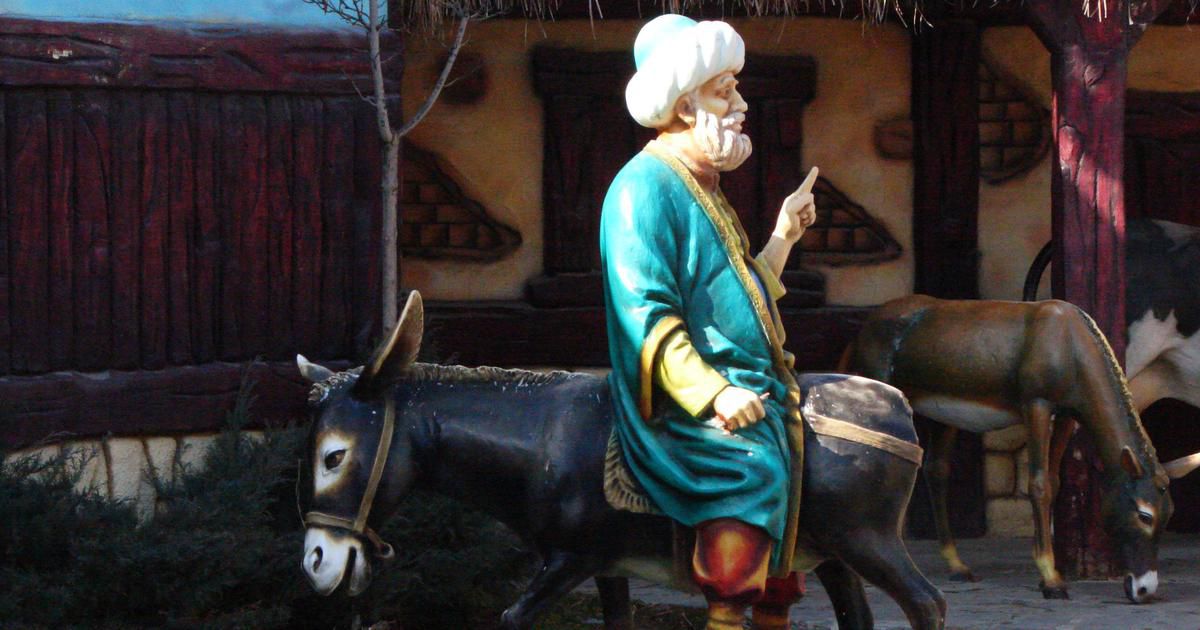 Ever wondered who Mulla is?

We all are so familiar with Mulla Nasruddin. We have been reading his stories since childhood. And Mulla always makes a guest appearance in Swamiji’s posts. But have you really wondered who Mulla is?

The Mulla is the village idiot and sage rolled into one. Even though he has no formal education, he wears a turban, a symbol of a person of learning. His wisdom seems to emanate from a source beyond book learning.

Mulla is portrayed as riding backward on his donkey, sometimes followed by adoring students. Mulla has tamed his donkey ego – so it knows which direction to take. Mulla does not believe in religious institutions and their hierarchy. He gives no importance to clerics who are orthodox and lusty for power and glory. He prefers to face his students rather than turn his back on them. Most of all, he is happy breaking the conventional patterns of thinking and being. The Mulla cares not what you think of him, he does not seek your approval. Without a reputation or image to uphold, he laughs at his own foibles and invites you to join him. He has a readiness to admit his mistakes. Because he doesn’t aspire to be a teacher, he is a true teacher.

The Mulla is timeless and placeless. The earliest written accounts of him appeared in the thirteenth century and there is a mention of him meeting Jelaluddin Rumi, but oral stories of him are being told as early as the eighth century. He is a Muslim of Middle Eastern origin, but his insights are universal, he is a citizen of the world. The Mulla is a popular figure even in contemporary China.

Most of Mulla stories are fictional but are rooted in metaphors and images of the Qur’an and sayings of the Prophet Muhammed. The Prophet asks us to go as far as China in search of knowledge, and sure enough, the Mulla travels to the country. Some stories are based on historical incidents. A Mulla story parallels a famous meeting between the fourteenth-century poet Hafiz and the most feared conqueror of his time, Timurlane. After sweeping through Persia, Timurlane summoned the aging Hafiz to answer for the offense of writing a few lines about offering Bokhara, the conqueror’s native town, in exchange for the mole on a girl’s cheek. “You are right,” replied Hafiz bowing quickly. “It’s by just such extravagant spending that I’ve come to the sorry position you find me in now.” Timurlane was so pleased by Hafiz’s quick-thinking wit that he spared his life and sent him away with a gift, an outcome repeated in the Mulla story.

Indeed, no post about Mulla will be complete without a few stories, isn’t it?

One hot summer’s day, Nasruddin was relaxing in an orchard under the shade of an apricot tree. Looking around him, and marvelling at nature’s bounty, he wondered why apples, cherries, and other small fruit grew on trees, while large melons and pumpkins grew on vines at ground level.

Sometimes it is hard to understand god’s ways, he pondered. Imagine letting apricots, cherries, and apples grow on tall trees while large melons and pumpkins grow on delicate vines!

At that precise moment, the mullah’s reverie was interrupted by an unripe apricot falling from the tree and bouncing off his bald head. Roused from his musings, Nasruddin stood up, raised his hands and face towards heaven, and said humbly: “Forgive me, god, for questioning your wisdom. You are all-knowing and all-powerful. I would have been in a sorry state now if melons grew on trees.”

A TITLE FOT THE SULTAN

The sultan sent an aide to Nasruddin with a request. “Respected Mullah, the sultan needs your help in thinking up an honorary title for him. His Lordship wants his new title to have the word ‘god’ in it, similar to the labels other conquerors have given themselves in the past, such as God Given, God’s Gift, God’s Grace, and so on. Do you have any suggestions that I could pass on to the sultan?”

“How about God Forsaken?” Nasruddin replied.

Nasruddin was at the teahouse one afternoon when Arif the hakim walked in.

“How are you, Mullah? I hope you and your family are well,” Arif asked politely.

“I’m fine, thanks, Arif, but I’m worried about my wife, who seems to have become very hard of hearing. Is there any cure for her problem?” asked Nasruddin.

“Well, some degree of age-related hearing loss is normal,” Arif said. “If you bring your wife to my dispensary, I can check her hearing and prescribe the necessary treatment. But before you do that, you can try this simple test. When you go home this evening, call out to your wife from the gate and see if she hears you. If not, then try speaking to her from the front door and keep reducing the distance until she responds. This way you will be able to gauge how serious her hearing deficiency is.”

Nasruddin thanked the doctor for the free medical advice and headed home. Calling out to Fatima from the gate in the front yard, Nasruddin said loudly: “I’m home, dear. What are we having for dinner?”

Getting no reply, Nasruddin opened the front door and yelled: “I’m home, dear. What are we having for dinner?”

Fatima, who was stirring a large pot on the stove, turned to face her husband. “Are you deaf, Nasruddin?” she said angrily, wiping her hands on her apron. “For the third and last time I repeat: we are having fish stew and pilaf, followed by apricot halva for dessert.”