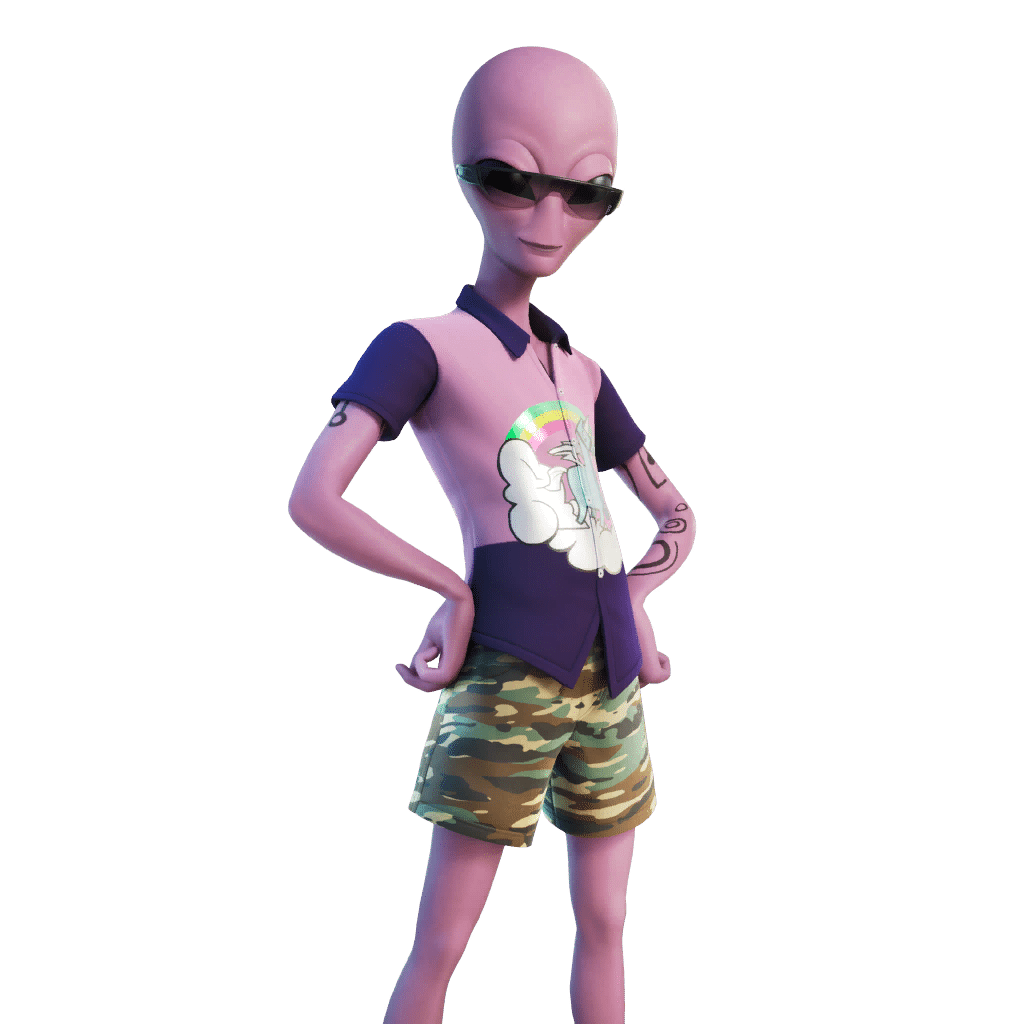 As far as my existing memory extends,  I remember my alien boyfriend being ever present in my life. This alien being would pop up at random moments unannounced.

For instance, I could be walking in the park or simply going grocery shopping in the local supermarket; and then all of a sudden my alien boyfriend would just appear, as if by magic.

The creature would always be facing in my direction and doing random hand signs as if he was playing on a piano which was hanging in mid-air.

I could be sat on a park bench admiring the pilates class taking place on the grass in front of me and in the corner of my eye, I could sense this purple alien facing in my direction. He would once again be gesturing these random hand signals.

The harrowing aspect of this relationship is that we never communicate and my presence has never even been acknowledged. This alien beauty of purple hue would never directly look at me. It was as if he was looking through me. We never so much even made eye contact. I was too scared to initiate any form of formal communication

Of course, it goes without saying that no-one else could see my alien friend. Why was my alien boyfriend so indifferent to my presence?

And then one day the answer to this question came like thunder, hitting a calm blue lagoon.

I was leaning against the rails admiring the ducks in a nearby lake and to my delight, my alien boyfriend suddenly appeared. But this time out, there were no hand signals. As I started getting hopeful and excited that he would finally approach me, in one swoosh of his finger- bam, I was swiped into darkness.

All I could see and hear was a red dot in a distance mechanically echoing the following:  “Hologram 7190 has now been de-activated”.

As I was being de-activated, a brief audio history played in the background. I guess this was supposed to soften the blow and explain the nature of my existence. In a way, one could say that this was a sign of a respectful farewell for me.

The year is NOT 2022. Alien beings of a purple hue are now present on the blue planet which we used to call Earth. Instead of completely eradicating humans (as most books would make you believe), they had instead uploaded all of each human’s memory into Holograms, long back. What they use the human body for, I will leave that to the reader’s imagination.

After invasion, each alien being is randomly assigned a ‘former’ human being, who now only existed, in the form of a Hologram. The latter ‘contained’ a human being’s memory. The aliens would observe these holograms in order to adopt certain aspects of human lives, that they could use to develop their own kind, on an emotional level.

The question that was really stinging me though was this:

“Fine. My human life had vanished long back. ‘I’ was gone and all this time, while being observed, I was only a hologram, watching ducks and ladies, I was a mere uploaded memory. Then, how come I was aware and conscious of what was happening? How come I felt alive?”

The answer was simple and yet horrifying. The new overlords must have gone to extreme ways and found a way to upload consciousness into Holograms as well.

As my last light flickered, I swear I could hear a human voice whispering “Now entering antarābhava.”

Antarābhava- which is where I am right now.

SANT S asked in Self Discovery 6d ago