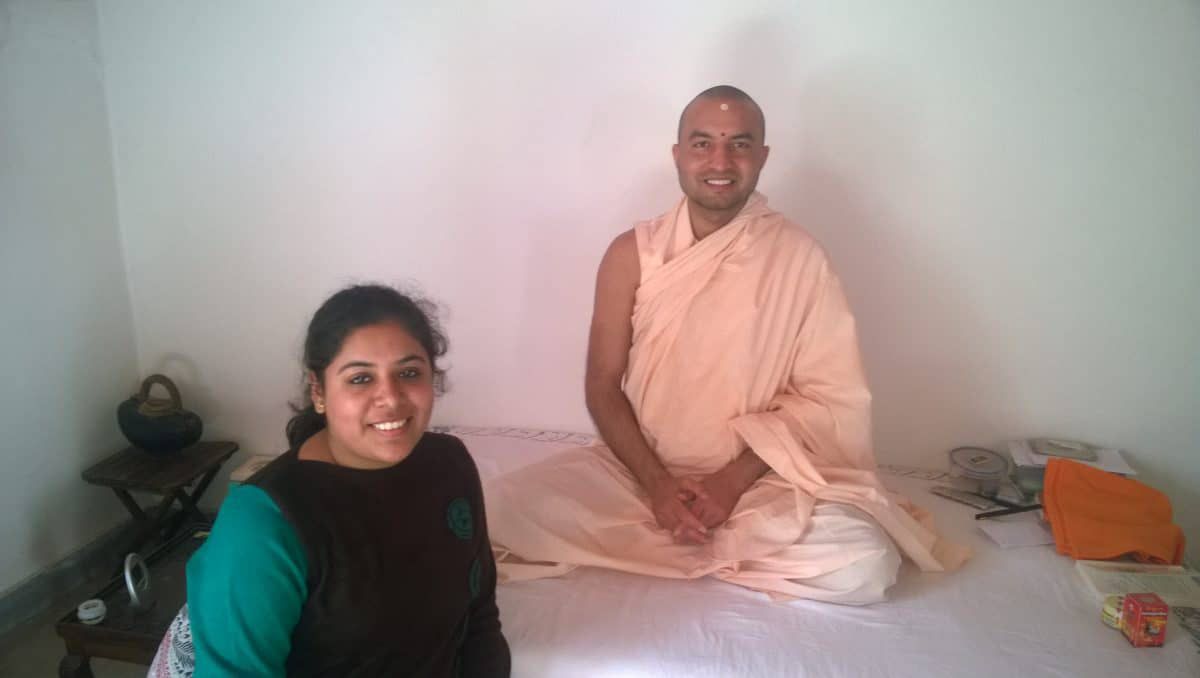 Only a Siddh Mahapurush could do that !!!

On the chilly morning of 29th November 2015 , my first visit to my guardian angels divine abode in Himachal Pradesh. I was very excited to be on the Dev Bhomi !! It was morning time and I had woken up from a very sound sleep which was not possible those days as I suffered from insomnia, a side effect of clinical depression. I was suffering from clinical depression since 2001 and it was my real yearning for a spiritual master in my life and the right time that my Guru manifested in my life had arrived……I saw him for the very first time in December 2014 at his book launch in Delhi. There when he entered the hall I went straight ahead with his Memoir in my hand and touched his feet and my heart beat became very fast and I felt the divine vibrations at my Heart Chakra.

At the end of the discourse and Question and Answer session, Swami Ji was singing the Stuti of Divine Mothere and I dont know what energy guided me to get up and stand at the extreme left corner of the stage without intruding anyone’s vision of Swami Ji. After Swami Ji finished the stuti the organizers announced that all those who wished to get the Memoirs signed by Swami Ji please stand at the left corner of the stage and guess what I was first in the Que.

It was Swami Ji’s grace as I had travelled alone with my Mom and we had to drive back to Noida at night after the event and this Telepathic guidance of Swami Ji saved our 60-90 minutes which we would have had to wait if I would have stood up after the Stuti finished and joined the Que as we were sitting at the back….

Then when I first visited the Aashram in 2015 , we were allotted the Kuttiya for our stay, and due to my ignorance I requested the Admin Team if we could get the newly built rooms, to which my Mother replied ” She doesn’t Know ” and later on she told me how fortunate we were to have shared the same ground where once Swami Ji himself used to rest during early days when Aashram was being built.

The first morning at Aashram was quiet chilly and I saw my Mom requesting one of the volunteers to please give her a bucket of warm water to which I replied Please don’t ask for me, I will take bath with cold water. I went for the bath chanting Swami Ji’s name and I am not exaggerating…the water was indeed chilly….but I could not feel it anywhere on my body except my palms…..as if some sort of Divine Aura was formed around me….It was Pure Grace….and a proof that our Master’s grace is not restricted to proximity with him….he can send Divine Energies…which some say Riddhi/Siddhi….only if you have a pure heart. It was PURE MAGIC…..PRACTICALLY I experienced it.

I am so lucky to have found my Guardian Angel at the age of 24…and I have more time in this physical life with him…no doubt Astral Life will follow….I see him as my Divine Father as I got the warmth of a Father when I first met him….and he was the first person in my life to have said that ” I AM PROUD OF YOU ” I am ready to renounce everything to him and for his mission…and I know he will accept me in his team when the right time comes…as he had told me ” THE TIME HAS NOT COME YET” Waiting for that Divya Tithi to surrender in his refuge practically…..mentally I have and be of use to this Humanity…can’t thank the Universe enough for granting me this  Divine Energy in Practical In my life in the form of our Master…Jai Gurudev!! Charan Sparsh !!